Spokane records first measurable rainfall in more than a month

The morning storms brought more than 300 lightning strikes to the Inland Northwest. 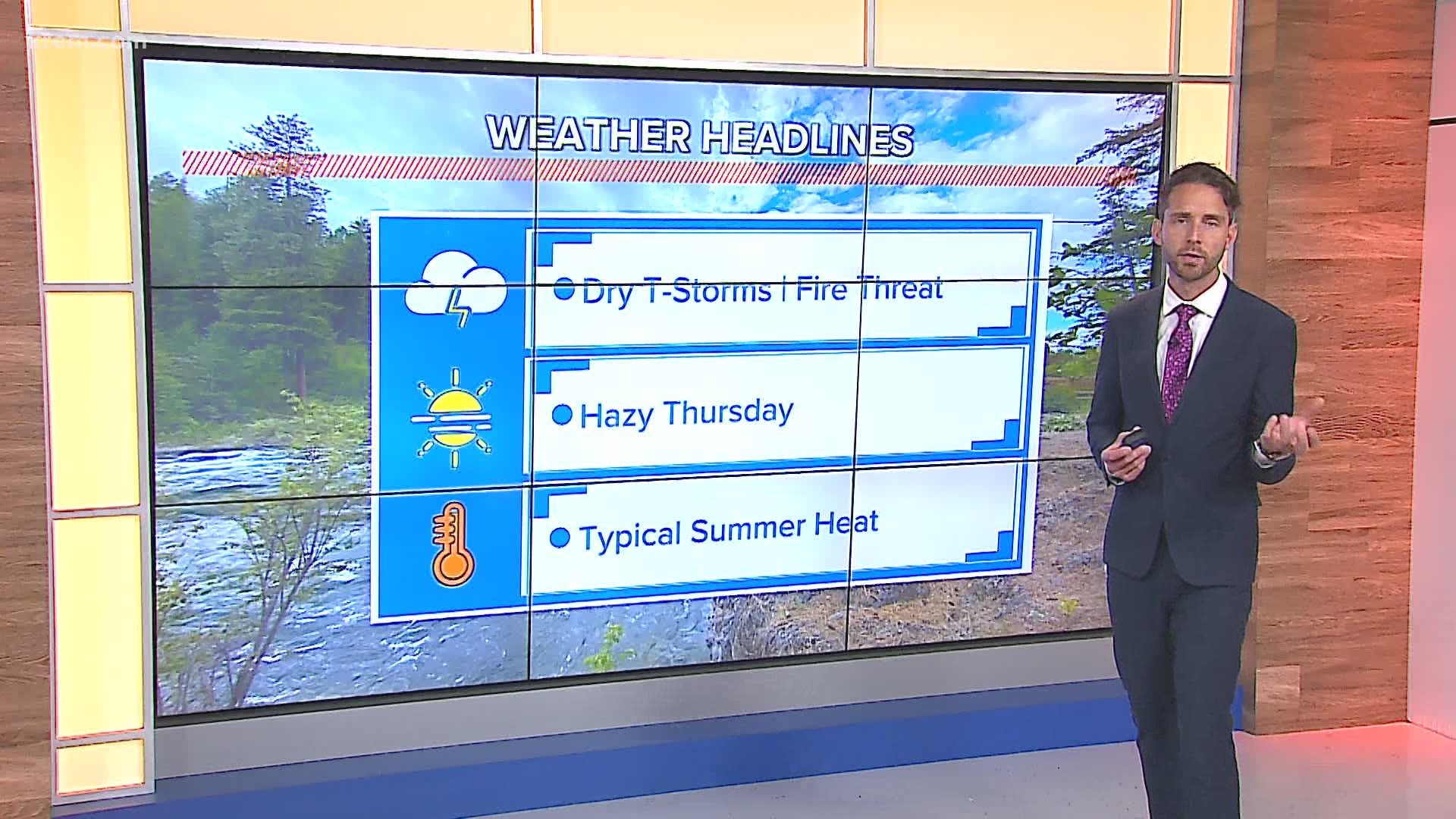 A band of storms moving through the Inland Northwest brought lightning, thunder and some much-needed rain to the rain-deprived region. As nice as it was to get the needed rain, it wasn’t enough to make a dent in the ongoing drought.

Officially, it was just 0.12 inches of rain that fell at the airport. A bulk of the moisture arrived between 3 and 8 a.m. The line of storms spread from south-central Washington, up through Spokane and into North Idaho. Most locations recorded less than one-tenth of an inch of rain in the morning. Places like Sandpoint recorded hours or precipitation but nothing measurable. Coeur d’Alene missed out on a bulk of the moisture with the band of showers remaining to the West of the city.

This line of showers proves to be quite significant when it comes to our rainfall deficit. It’s been more than a month since the Spokane Airport recorded anything more than trace amounts of moisture. The last measurable rainfall happened on June 15th when Spokane picked up 0.36 inches of rain.

Adding up the months of rainfall deficit, Spokane tells the bigger story of what is missing around the entire Inland Northwest. Since February, Spokane has received just 2.06 inches of total moisture. That is about than 5.5 inches behind normal.

The dry vegetation across the western U.S. means the morning storms posed another threat. A Red Flag Warning was in place for the threat of lightning sparking additional wildfires. The band of early-morning storms produced more than 300 lightning strikes in the Inland Northwest. As the storms move out in the middle part of the day, the Red Flag Warning will be allowed to expire around noon. 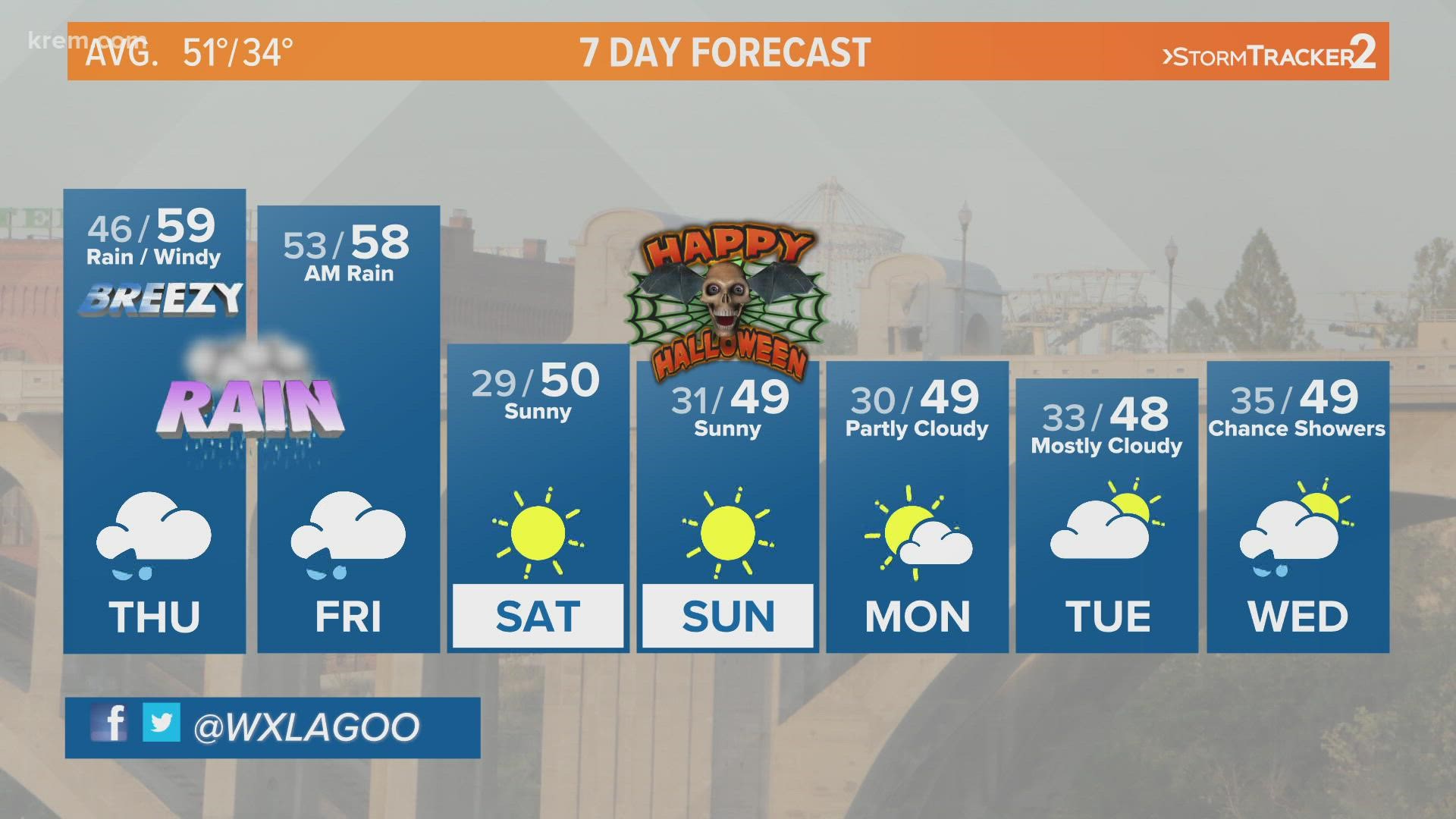 Rain closes out the week before sunny Halloween weekend