The Inland Northwest is expected to hit the upper 80s and even mid 90s by mid-week. 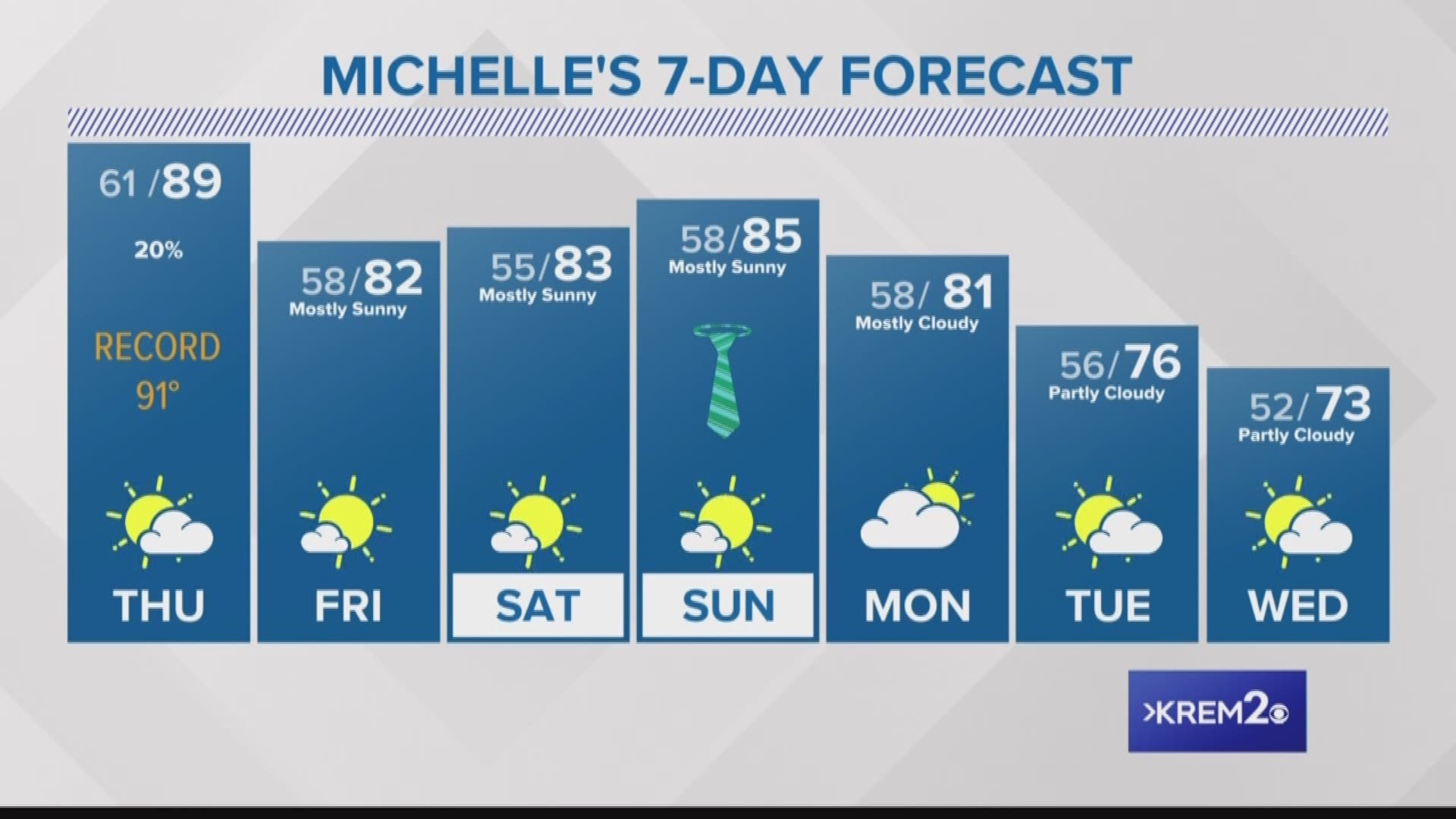 SPOKANE, Wash — A heat wave is rolling into the Inland Northwest this week as summer approaches.

Thursday is expected to be the warmest day of the year so far, with forecasts pointing to temperatures in the upper 80s and low 90s for much of eastern Washington and North Idaho.

The hottest temperature recorded on June 13 in Spokane is 91 degrees. Spokane is expected to sit near this high on Thursday.

Average afternoon highs are usually in the low to mid 70s, bringing these forecasts above average by 10 to 20 degrees. If recorded, some of these 90-degree temperatures will break the daily record for that city.

The summer-like temperatures arrive with less than two weeks until the summer solstice.

RELATED: 20 tips and hacks for staying cool during an Inland Northwest heat wave

It is expected to stay warm and dry all week with no strong chance of rain.

The goal is that the dry weather continues into Father's Day weekend. Right now, all signs point to a continued dry streak, with temperatures still significantly above average with highs in the mid 80s.