According to Chief Meteorologist Tom Sherry, about two feet of snow fell around the Inland Northwest within a 24-hour period. 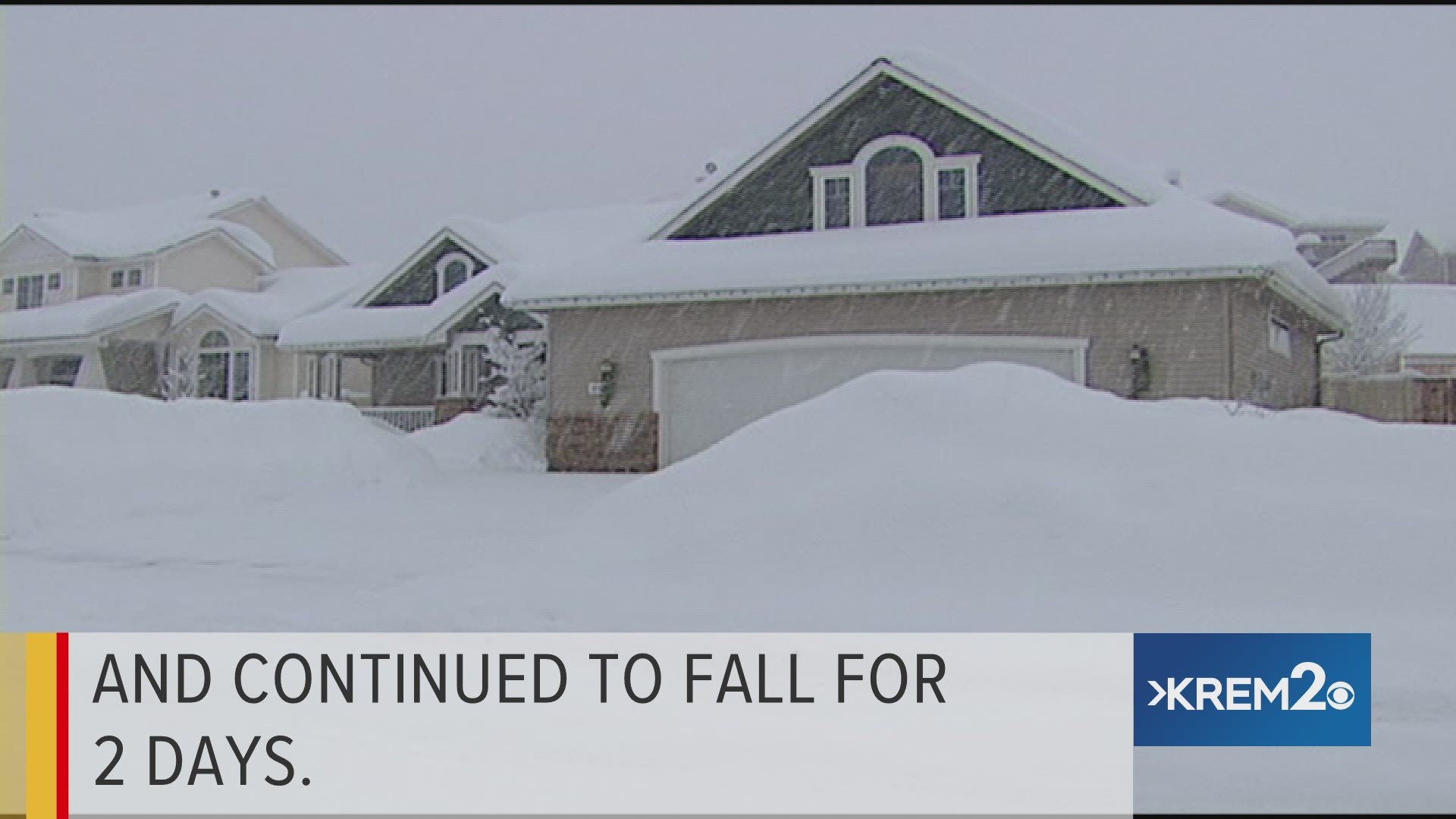 It has been ten years since a massive snowstorm coined the “Snowpocalypse” hit Spokane in 2008.

On Dec. 17, 2008, snow began falling in the Inland Northwest before turning into one of the worst Eastern Washington snowstorms of the decade.

According to Chief Meteorologist Tom Sherry, about two feet of snow fell within a 24-hour period.

The streets were a nightmare, according to a 2009 report from KREM. Drivers often could not get from point A to B without getting stuck or getting into a crash. The storm even forced Spokane Public Schools and the Spokane Transit Authority to shut down.

STA tried to put chains on its buses but the buses just ended up getting stuck in traffic with the cars. It was the most difficult for bus drivers, some of whom ended up walking. Some of the drivers even spent the night at STA headquarters to try and help.

It took more than a week to get the massive berms and abandoned cars moved out of downtown so bus routes could finally pick up again.

STA wrapped up the experience in one word: "Exhausting."

On the day of the snowstorm, businesses closed up shop, too.

The day will live in infamy as the one that started off the snowiest winter on record. Within the week following the Dec. 17, 2008 snowstorm, Spokane saw the same amount of snow that is typical for an average winter in the area, Sherry said.

As for this year, we are not seeing much snow and temperatures have been far above average.

Spokane’s forecast is 35 inches of snowfall, with 42 inches in neighboring Coeur d’Alene.