Area shoppers hit the Spokane Valley Costco to stock up on supplies before snow blanketed the area. 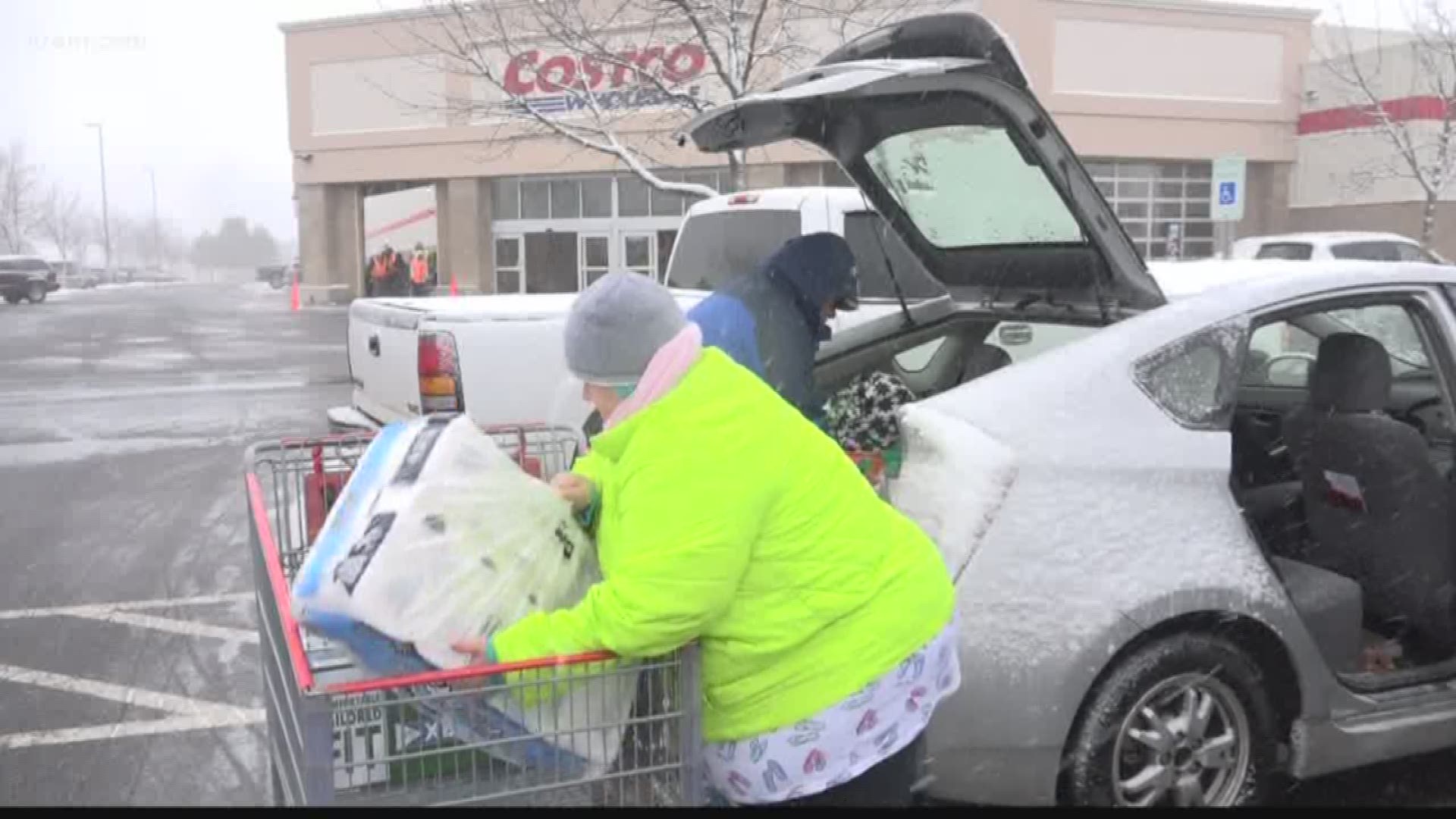 SPOKANE, Wash — Many people made last minute trips to the store Friday in preparation of the storm getting even worse.

Some shoppers told KREM Friday was their usual grocery store run, but they added a few extra items because of the storm.

Katie Duckett said this was her last chance to stock up on emergency water and non-perishable foods. But she's hoping her family won't need it.

"I got like water, warm sheets, extra food hopefully to make it through the weekend and longer," Duckett said.

Jan Stow and her husband made a trip to Costco specifically to pick up all the staple emergency items.

"We got paper products, tons of proteins and lots of clear liquids, chicken noodle soup and stuff like that and lots of fruit," Stow said. "We're anticipating that we just want to try and stay as well as possible in this cold weather."

Stow added Costco was prepared for shoppers like her.

She said they brought all the storm preparation items to the front of the store or ends of the aisles, making it easy for customers to find quickly.

Many customers said the goal of their Costco run is so they can stay off the roads this weekend.

Of course, staying home is always encouraged during these weather conditions.