Snow has started falling in Spokane. Here's how crews are preparing for slick roads

Marlene Feist with the city said crews are hoping this year will be better than previous winter seasons on area roads. 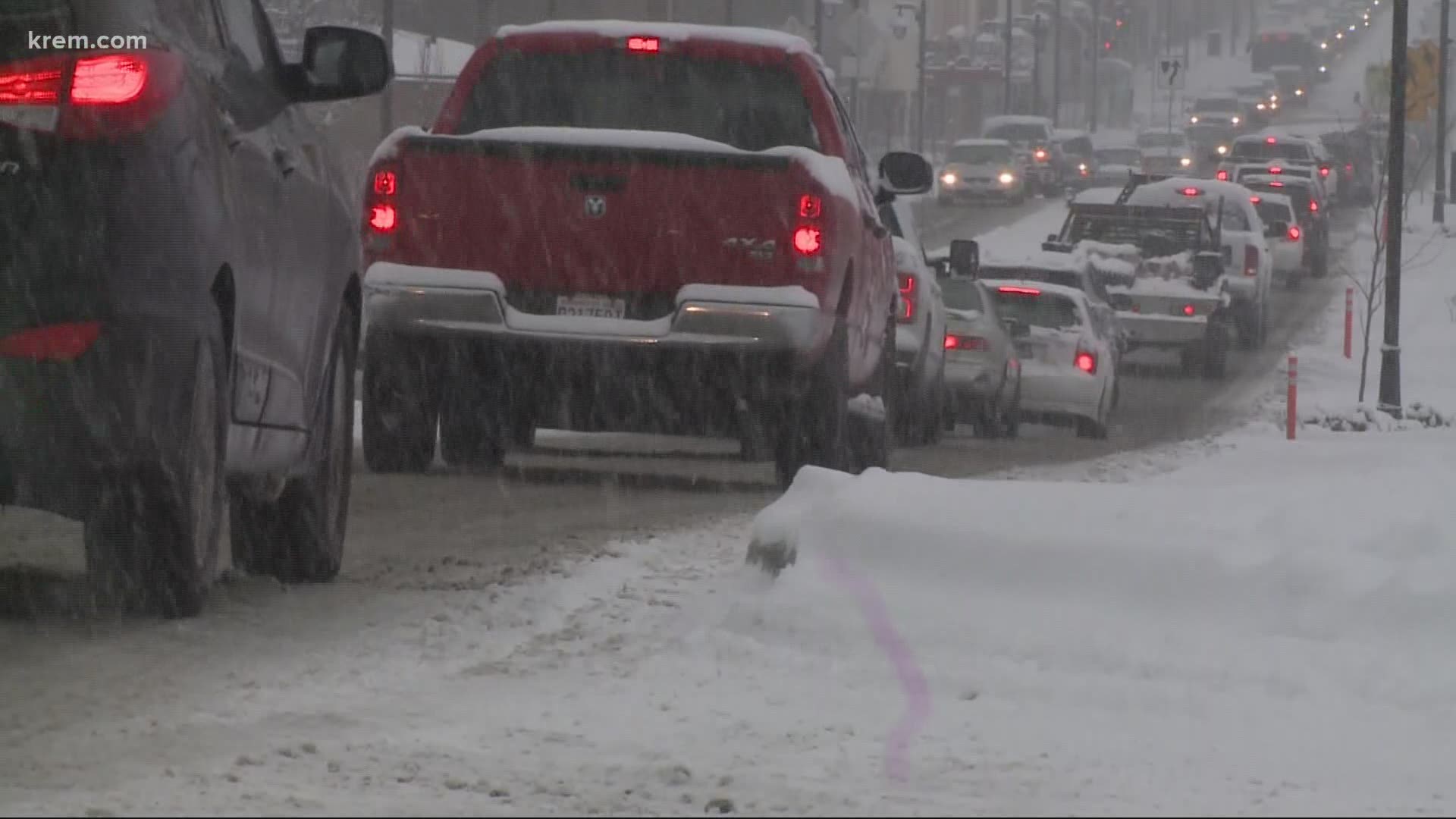 A Winter Weather Advisory is in effect from 10 p.m. Monday to 10 a.m. Tuesday morning, and the City of Spokane's Street Department spent Monday preparing for the storm.

Spokane could see three inches of snow overnight Monday, and with snow comes icy roads. Spokane Public Works spokesperson Marlene Feist said previous years have shown that deicer isn't very effective at preventing accidents, but they are hopeful this year will be different for crashes in the city.

"All deicer works better when you have cars turning it up, particularly when you have actual, you know snow on the roads, working that de ICER into the snow will melt more quickly," Feist said.

Feist added there are three types of deicer crews use. The most common is liquid magnesium chloride, which is a kind of liquid salt. Sand is also used to give cars traction on the road, but the most powerful is a product called ice kicker, which is a mix of salt and sand.

Feist said she doesn't know if the city will use it this snowfall, as they didn't use it for the last storm.

"We use that more in heavier conditions. They'll do some preliminary deicing to help with initial snow. If there's enough snow to plow, they'll plow. If there's not, they'll work with deicer," Feist said.

In the past, Marlene said the city goes through lots of the liquid deicer, but each season is different, and the city is preparing for anything.

Ironically, the city said best way to avoid icy roads is to drive on them, so deicer can stir up the salt with the snow. City officials still recommend driving slowly in slick conditions.