Spokane neighbors work together to protect apartments after flooding

Neighbors worked together to protect their homes, pushing water and debris away from the rooms. Their fast teamwork helped stop most serious damage. 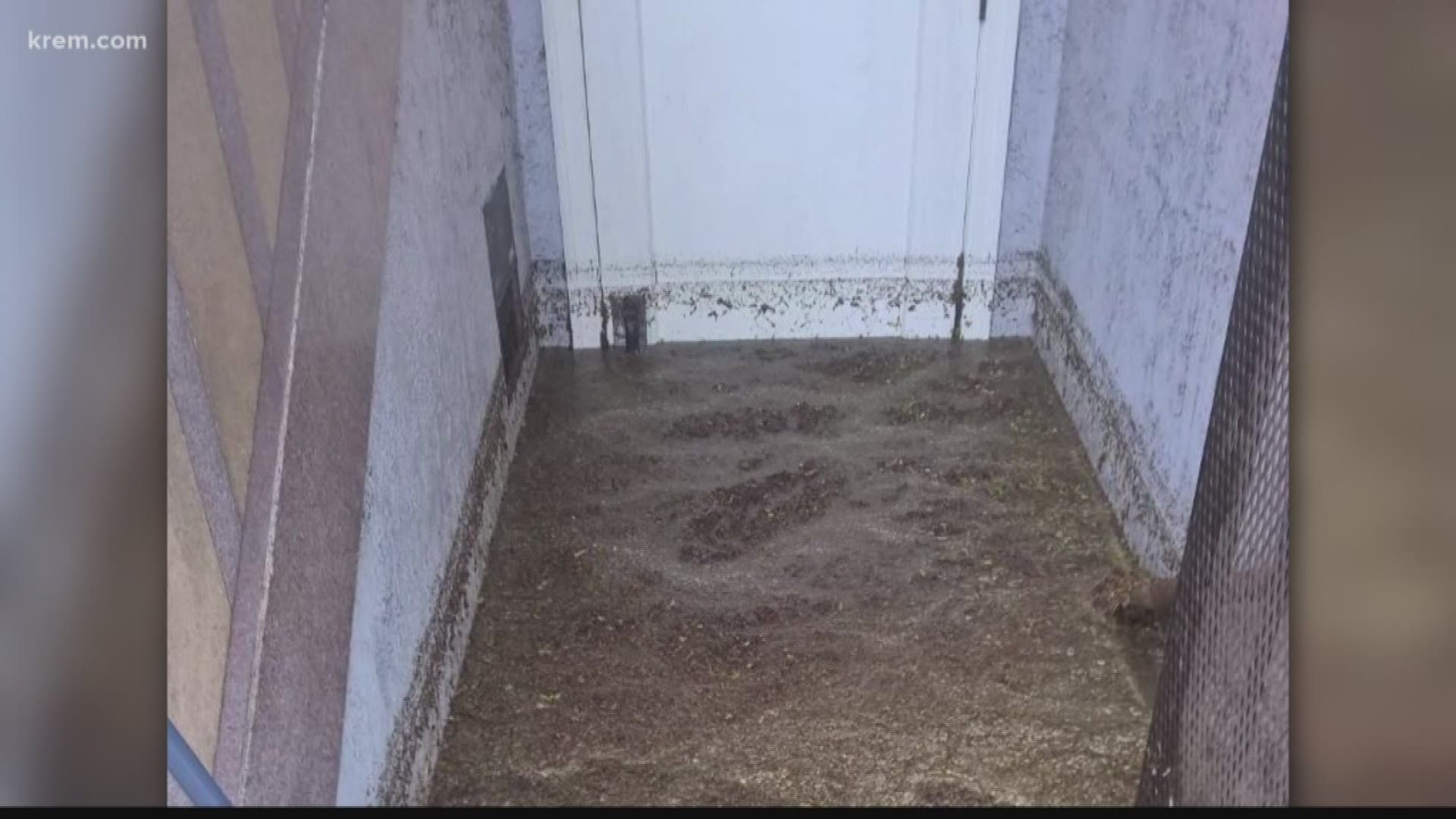 The Maplehurst apartment complex, located on Maple Street near I-90 in downtown Spokane, was flooded during the massive storms that hit the Inland Northwest on Thursday.

Jenice Slaughter lives in a basement apartment in the building. Not long after she got home from work, torrential rains turned into frightening flooding.

"All the sudden I heard this gurgling sound coming from the bathroom. And I opened the door and the toilet was spurting black water out of it," said Slaughter. "I came outside and the whole street was just like, buried."

The waters poured in, rising nearly halfway up a doorway at the base of the stairwell to the basement.

Slaughter worked quickly with her neighbors to protect their homes, pushing water and debris away from the rooms. Their fast teamwork helped stop most serious damage.

"I still can live there. It's a little bit of water, and we're going to get it soaked up. And it'll be okay," said Slaughter.

Their success was especially important because Slaughter has some truly priceless things in her apartment.

"The water came through my windows. And my mom just recently passed away and all her pictures and stuff were there, and I was really worried about that. But thankfully they didn't get ruined. They're a little wet but they're salvageable," she said.

After just a few hours, most of the water and debris had been cleaned up, and the neighbors were brought closer together by their hard work.

"I'm feeling so happy inside right now," Slaughter said. "Because like I said, it could have been a whole lot worse. And I'm just very thankful for the people that I do live with in this apartment complex."