The South Hill neighborhood was among the hardest hit by a Tuesday night snowstorm that brought downed trees and power lines with it. 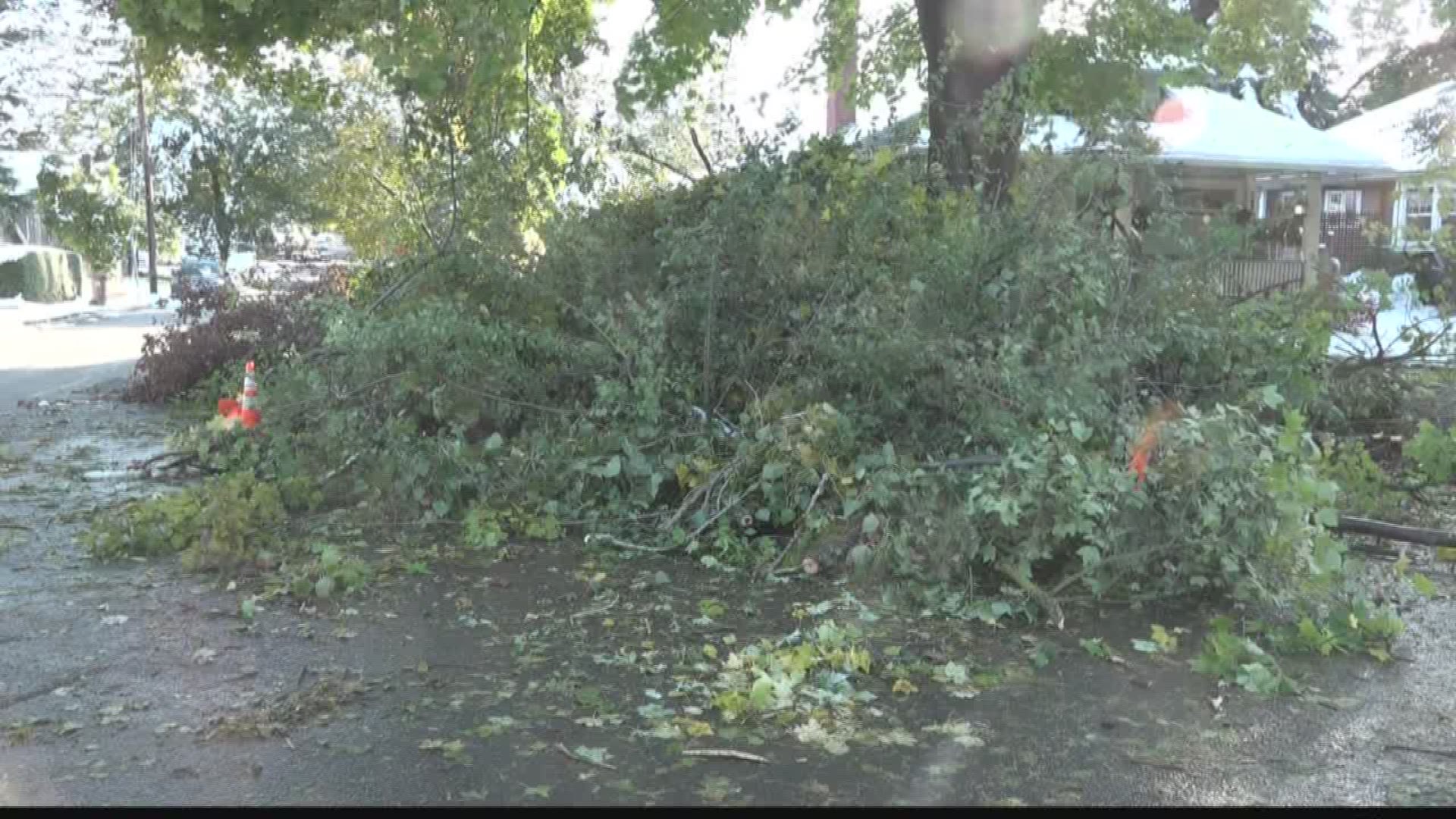 SPOKANE, Wash. — The Manito neighborhood on Spokane's South Hill suffered some of the most damage of any part of the city as a result of a late-night snowstorm that downed trees and power lines.

The power was still out on Wednesday evening, though it began returning to the area later that night as Avista crews continued their work.

Streets remain lined with branches and heavy organic debris, often with cable wires tangled up in the mess. Some streets remain impassable.

In the late afternoon, KREM found Shane Thompson still working to clean out the neighborhood. He said he began clearing wood at 4:30 a.m. on Wednesday.

"It's been about a 12-hour day," Thompson said before eventually returning to work.

Before his long day, he, his family and his neighbors faced a long night.

"We woke up to just cracking trees and blowing transformers," Thompson said. "So it was not a lot of sleep last night for sure."

RELATED: 'It was right above where we were sleeping': South Hill homes damaged in snow storm

Thompson moved to the Manito neighborhood last year, and says despite the destruction it was good to see how much his community cares about their neighbors.

That cooperation continued into the next day, as neighbors worked together to clean up the fallen debris and haul it to places where the city will come pick it up.

"Somebody came over with a chainsaw to help me with some trees," said Thompson.

It was arduous work but he did find a way to speed it up.

"I'm embarrassed to say it was about ten hours before I got the wheelbarrow," he said.

As he waited for the return of the power, Thompson said he and his family were pretty cold but had enough gear to power through.

"Stay near the fireplace, drink some hot chocolate. We have a little camp stove, so we'll cook up maybe a freeze dried meal or pizza," he said.