Despite near-normal snowpack, precipitation levels plunged this spring, leading to the driest March-July stretch in Idaho in 96 years. 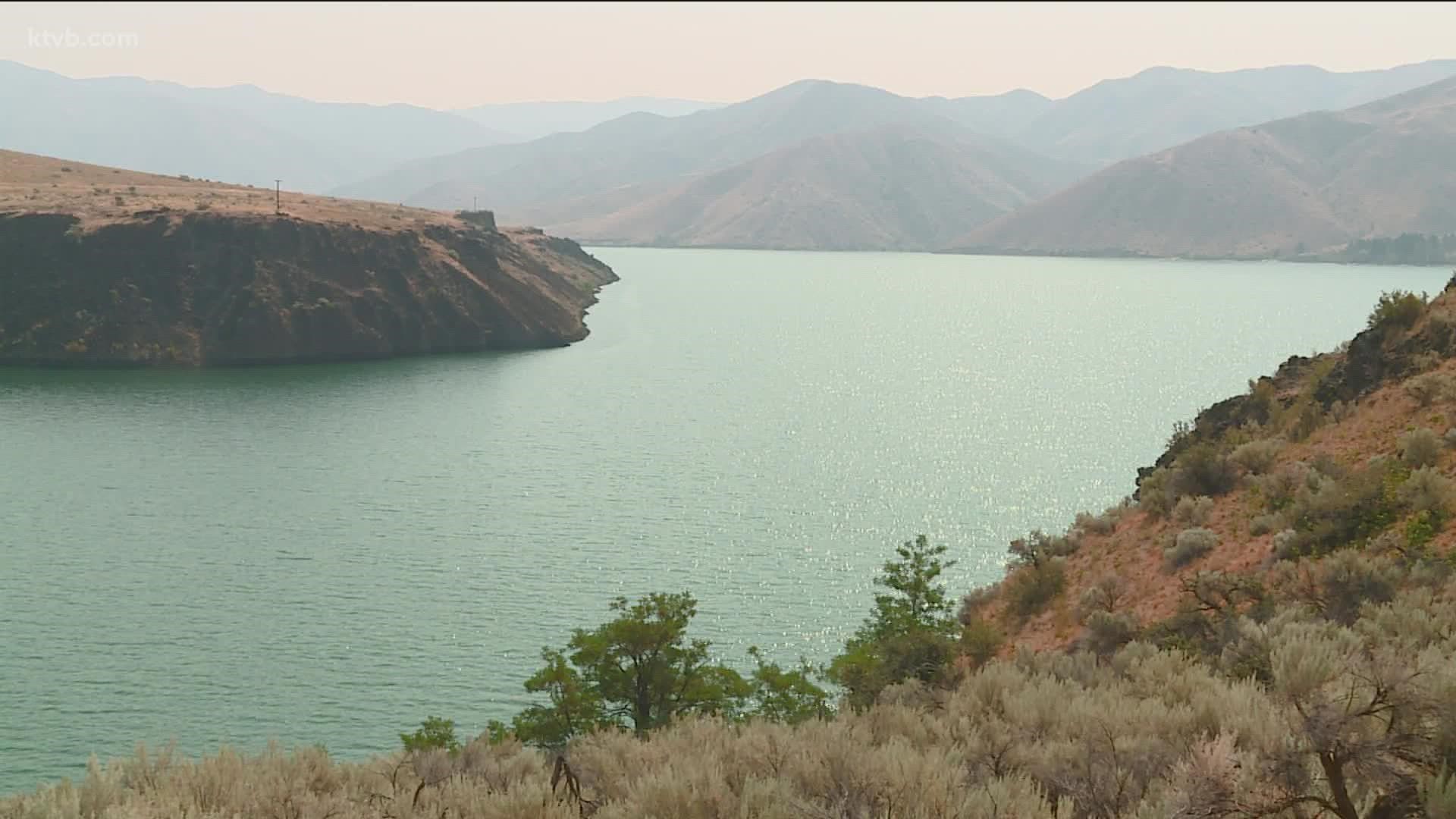 BOISE, Idaho — This year's scorching temperatures and "shockingly low" spring precipitation in Idaho have created an extreme level of drought across the state that could limit water supply for years to come, water managers warn.

According to a report released Monday by Idaho Dept. of Water Resources hydrologist and Idaho Water Supply Committee chair David Hoekema, 16 of Idaho's 44 counties are in a state of "exceptional meteorological drought" for the year, defined as precipitation drought at or below the 2nd percentile. That number jumps to 33 counties when looking at the period from March to the end of July.

The extreme drought caught many farmers, irrigators, boaters and other water users by surprise.

Robust winter snow left Idaho's snowpack at near-normal levels by March 1, leading the water supply committee to conclude that the rest of the year's water outlook should be solid.

Then, precipitation levels fell off a cliff. The next five months were the driest March-July stretch in Idaho in 96 years, Hoekema wrote, while temperatures for June and July set all-time records.

With runoff too meager to meet demand, irrigators were forced to turn to storage water, groundwater and emergency water right transfers, or else watch their crops wither and die in the heat. Adding to the chaos, most farmers did not plan their crop mixes for the current level of water shortage because of the "significant" over-prediction for the 2021 water year.

The fallout will likely last beyond the end of the summer, Hoekema wrote.

"Expectations are that the state’s aquifers will be hit hard this year and multi-year reservoirs may be depleted to levels that may take several years to recover," he wrote. "There is growing concern among water managers that Idaho may be entering into a multi-year drought period."

The Idaho water report was released the same day as a U.N. Intergovernmental Panel on Climate Change (IPCC) report from 234 scientists that concluded climate change is accelerating, leading to rising sea levels, droughts, wildfires, heatwaves, and floods. Without deep emissions cuts, the scientists wrote, droughts and other climate catastrophes will worsen and compound in years to come.

The amount of snow Idaho gets this year will be critical in determining whether the state can get back on track, Hoekema said. On a hopeful note, Idaho is expected to experience another La Nina year, which typically brings above-average snowfall. It is not yet clear how much snow the state will need to offset the damage.

See the latest weather forecasts and news in our YouTube playlist: