The National Weather Service's Spokane office says none of the clouds touched down as a tornado. 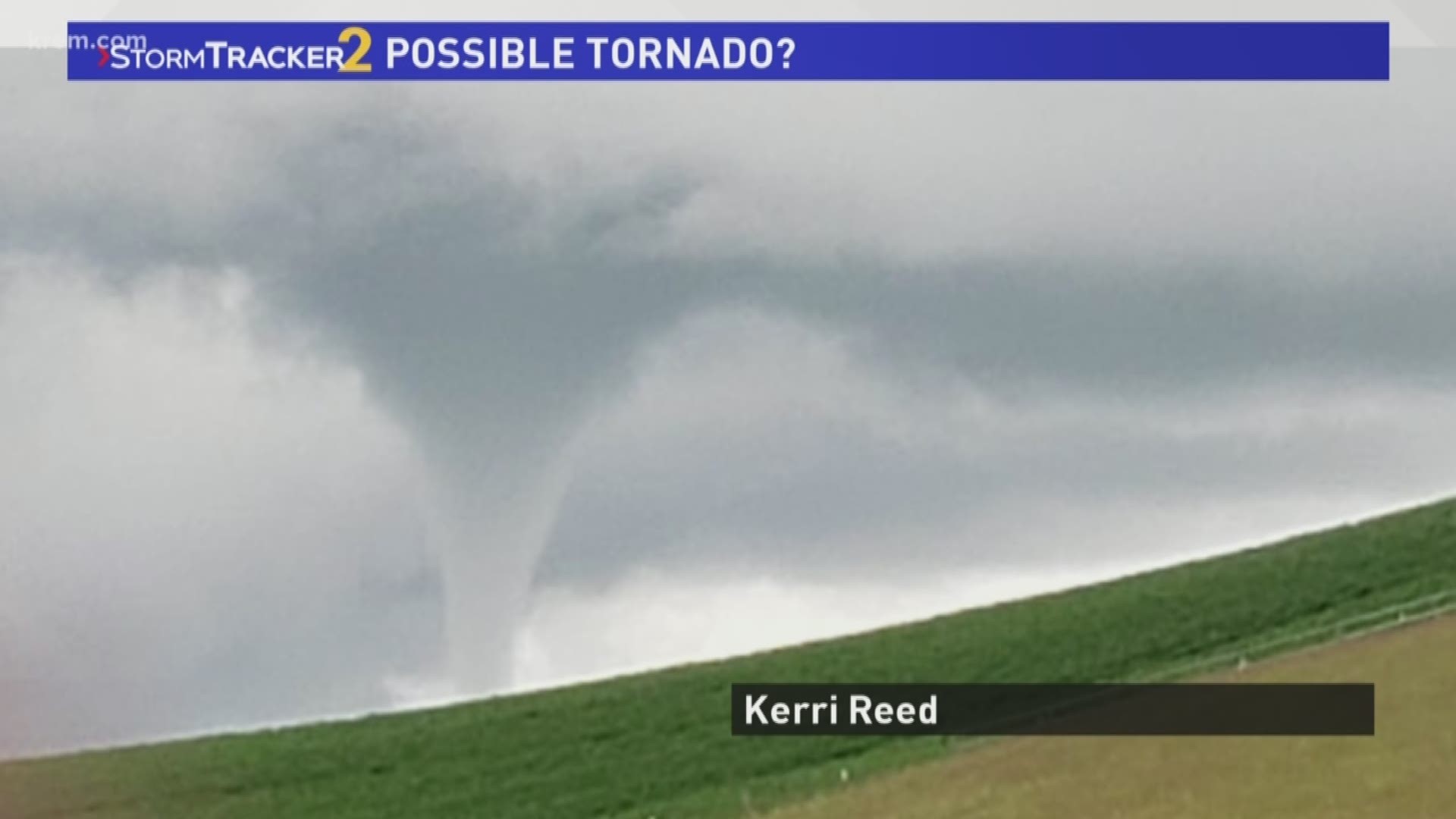 PULLMAN, Wash. — The National Weather Service (NWS) determined as many as five cold air funnel clouds were reported within 15 minutes in the Pullman area on Monday.

KREM 2 Meteorologist Thomas Patrick says NWS determined that none of the clouds touched down as a tornado.

“Numerous witnesses were unable to confirm a touch down. There was no evidence of damage or circulation on the ground," according to a storm survey performed by NWS.

The most well-defined funnel cloud occurred after a thunderstorm at about 3:05 p.m. on Monday., approximately four miles southeast of Pullman in the vicinity of Johnson Road.

The weather service said on Twitter that it had determined it was a cold air funnel based off of spotter reports and radar data.

Did you see a funnel cloud on Monday? Send your photos to pics@krem.com.

RELATED: 2.9 earthquake out of Mead, WA felt across the Inland Northwest on Friday afternoon