September snow? We could see it in Spokane and North Idaho this weekend

Spokane and Coeur d'Alene are looking at a small possibility of snow this weekend as lows dip down to the 30s. 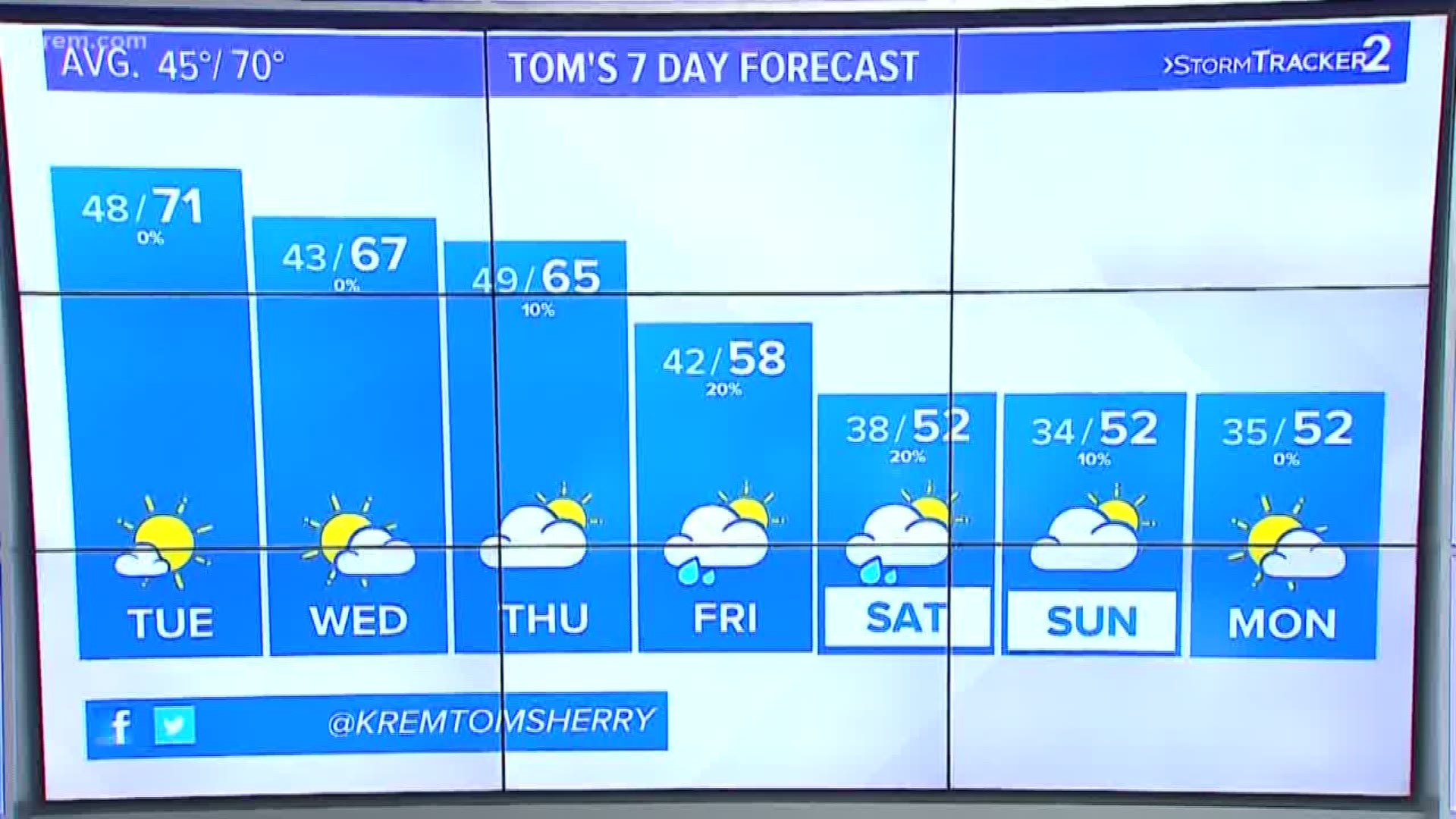 SPOKANE, Wash. — Fall officially began on Monday – but it looks like the Inland Northwest may be welcoming winter weather sooner than we thought.

An unseasonably cold storm system is expected to move into the Inland Northwest late this week, with wintry conditions over the mountains and the possibility of lowland frost and freeze.

The early season snow may impact mountain passes, according to the National Weather Service. Those with travel plans across Lookout Pass, Snoqualmie Pass, and Stevens Pass should watch the forecast closely this weekend.

If we do not see snow over the weekend, a frost is possible.

Cooler weather begins Thursday, with the coldest temperatures expected over the weekend. Precipitation starts on Saturday, with a cold rain for the valleys and mountain snow above 4,000 feet.

The snow level will drop to about 2,500 feet by Sunday morning – fairly close to the elevation of Spokane and Coeur d'Alene.

Other areas of the Idaho Panhandle, including Sandpoint and Bonners Ferry, are also looking at a chance of snow throughout the weekend.

The unknown in this case is the amount of snow some areas of the Inland Northwest could see this weekend. Snow totals are typically predicted within at least three days of a storm.

Hitting 32 degrees for the first time can happen in September but often does not. The earliest frost in Spokane happened on Sept. 10, 1895. Most years, Spokane sees its first frost in October – with Oct. 7 being the average date.

Spokane typically doesn’t see snow for the first time until mid-November. Mt. Spokane, sitting an elevation of 5,887 feet, averages about two inches of snow every September.

RELATED: 'It's not you, it's me': Record snow and cold lead to Spokane breakup