Heavy snow expected in North Idaho on Saturday, rain and snow in Spokane

Heavy snow hits parts of North Idaho Saturday, and it's a close call if Spokane sees the heavy snow too, or if the precipitation stays as rain. 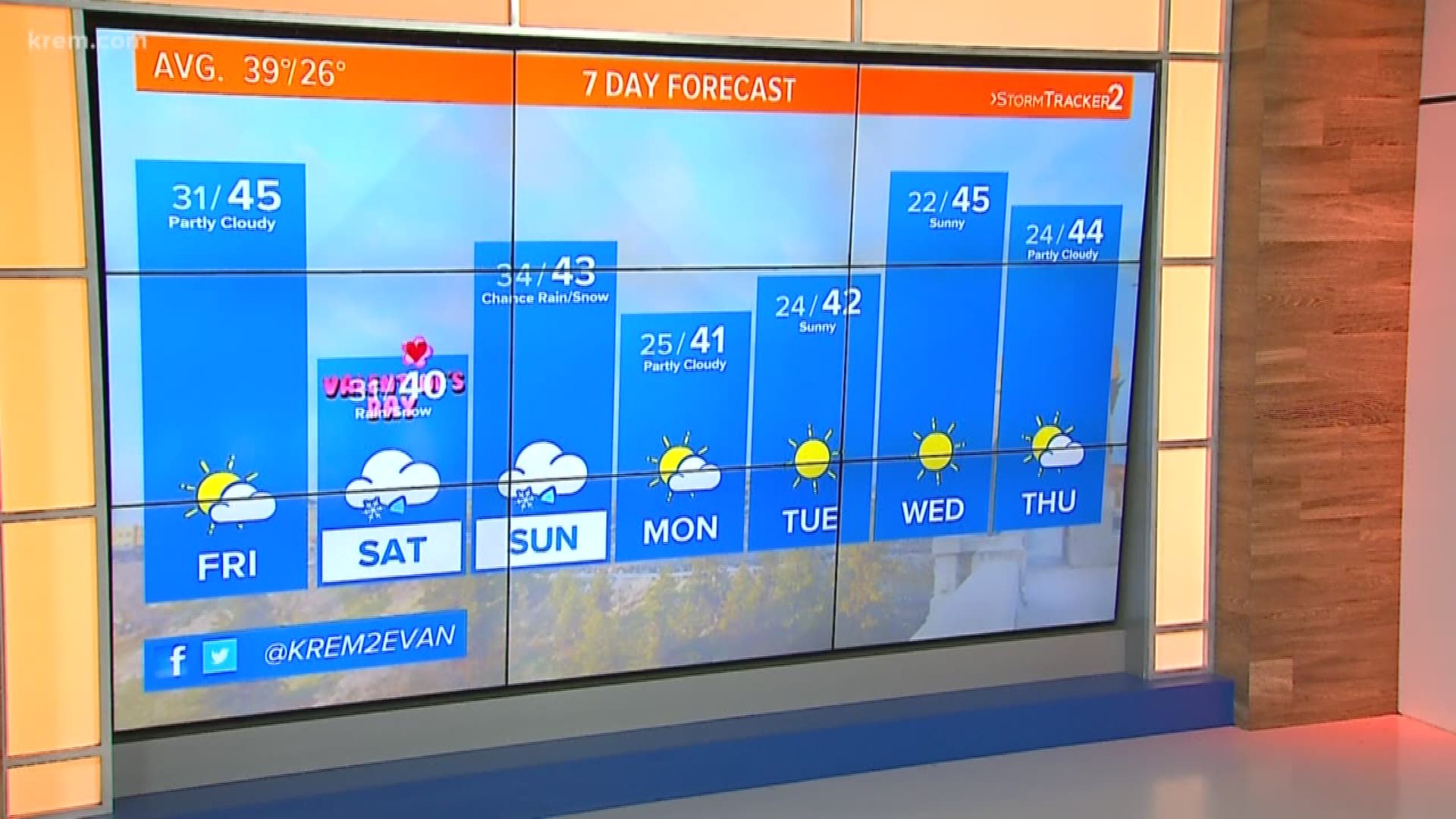 SPOKANE, Wash. — A complicated weather pattern is setting the stage for a wet, rainy, and snowy Saturday. There are a lot of dynamic and changing, details ahead of the storm.

A strong, rich moisture flow from the subtropical pacific ocean is set up for Saturday. The jet stream will stream that moisture directly into Washington, so we know heavy precipitation is likely at times. But whether that precipitation falls as snow or rain will make a huge difference.

Friday Evening Update: Snow totals are starting to become clear. North Idaho will see the most snow, with the Silver Valley expecting the most at 4-8". Sandpoint could see up to around 4". Coeur d'Alene and the Palouse will get about 1-3". These locations will get some snow Saturday evening which is when the most snow will fall.

Spokane and the rest of eastern Washington will get an inch of snow or less. Why the big difference? Saturday evening's precipitation will be mostly rain instead of snow. So Spokane's snowfall is mainly in Saturday morning's batch which is lighter.

This forecast map took longer to create than most other winter storm forecasts. Typically, we start forecasting the snow ranges around two to two-and-a-half days before the event. The extremely complicated nature of this system, particularly the rain vs. snow aspect, meant that it was nearly impossible to predict. That, or at least I don't think too many people would have been happy with a "0 to 6 inches of snow" forecast for Spokane...

Those traveling over mountain passes or to ski resorts this weekend should be prepared for winter weather driving.