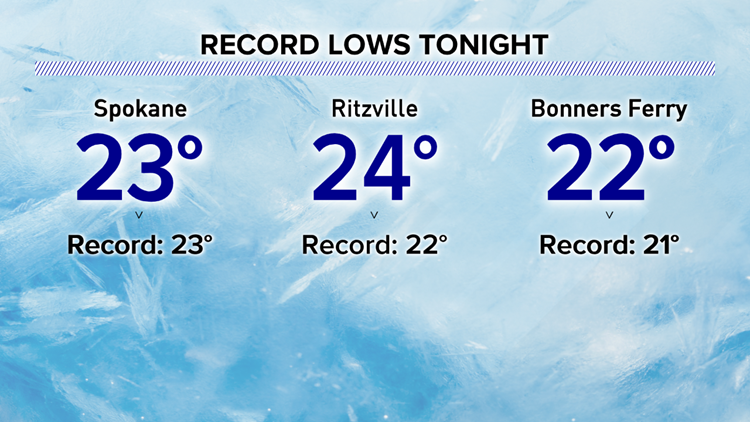 SPOKANE, Wash. — It's a recipe for the coldest temperatures of the season, a cold air mass, clear skies, and fresh snow. That combination will produce temperatures in the low 20s Thursday morning with a few spots in the upper teens.

Spokane's record low temp stands at 23°. That was set in 2009. Nearly every Inland Northwest location's low temp records are in the low 20s tonight.

The snowstorm Tuesday night is part of the equation. Spokane saw been 3-5" of snow from the event. That fresh snow causes wants knows as a "refrigeration effect" as temperatures still chill further overnight. And during the day, that white snow reflects a fair bit of sunlight, also bouncing in back into the upper atmosphere or space. So temperatures are a notch colder because of the snow than what it would be without it.