For many, this storm brings the potential for more rain than the entire months of July and August combined and the most moisture seen since the middle of June. 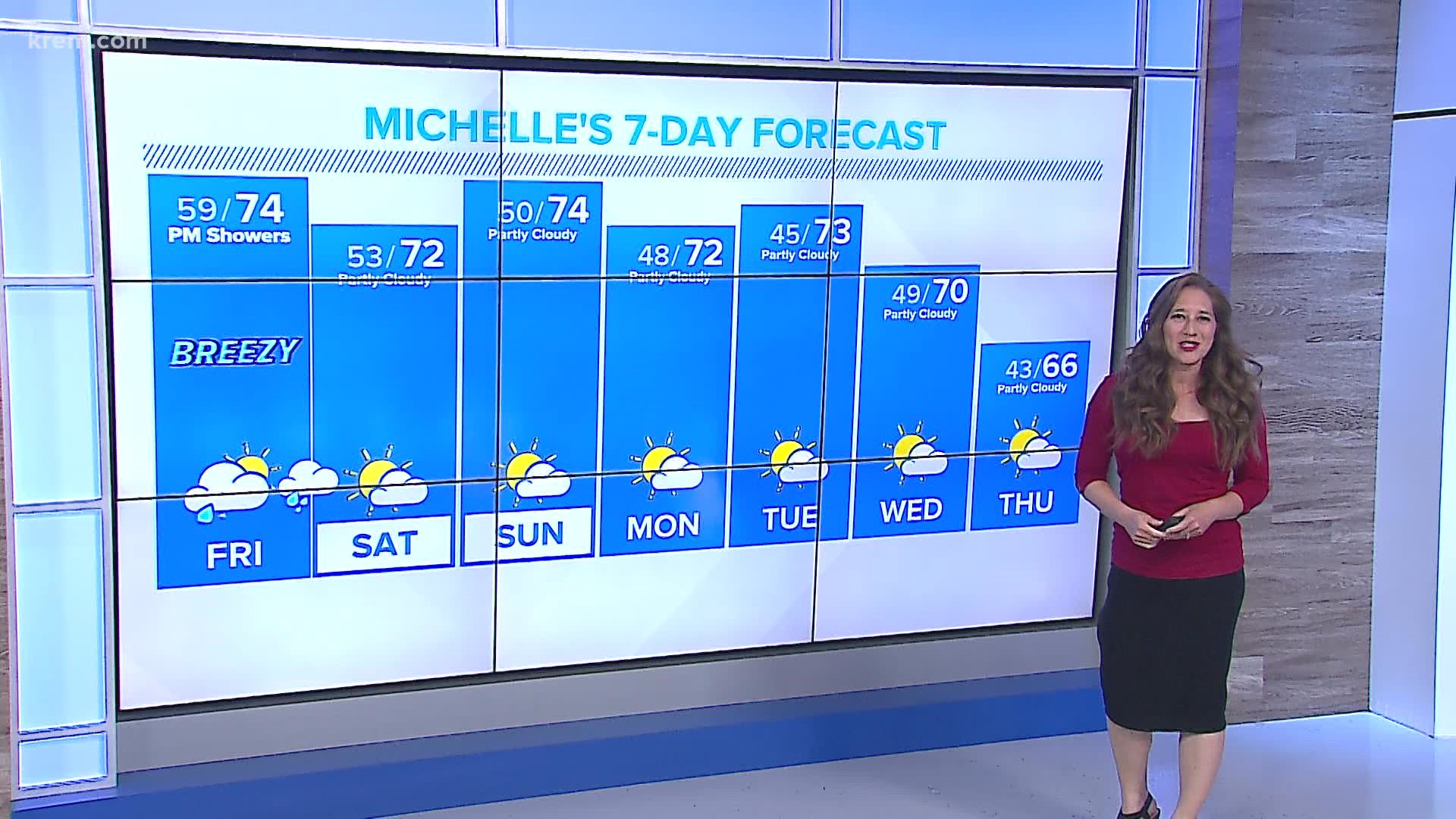 SPOKANE, Wash. — Rain is returning to the forecast for much of the Inland Northwest. A storm moving in off the Oregon coast will bring rain to much of the region on Friday.

For many, this storm brings the potential for more rain than the entire months of July and August combined and the most moisture seen since the middle of June. Forecast models continue to push the incoming moisture farther north and farther west bringing the bulk of the moisture directly to the Inland Northwest. While this is a great thing for the Ongoing drought in Eastern Washington and North Idaho, it does keep significant moisture out of the central Columbia Basin and Okanogan Valley.

In general, between a quarter and a half an inch of rain will fall on the Inland Northwest, including places like Spokane, Ritzville, the Palouse, and Coeur d’Alene. Locally those rainfall totals could top ¾ of an inch where heavy bands of rain setup. There is enough energy that a few isolated rumbles of thunder are possible in Southeast Washington, but with the amount of moisture available to the storms the risk of a dry thunderstorm and elevated fire danger is minimal

Wetting rain (greater than 0.1 inches) is likely for eastern Washington and North Idaho. Central Washington will generally be on the lower side. Stay #WeatherReady for lightning and the impacts of locally heavy rain, particularly around burn scars. pic.twitter.com/Qi1gpS2KZU

Flooding concerns may arise in recent wildfire areas. Burn scars from the wildfires cause the ground to become hydrophobic, meaning it does not absorb water. Heavy rainfall in those areas creates the potential for flash flooding and debris flows as heavy rain rushes down the steeper terrain.

About 38% of Washington remains under exceptional drought, the worst the state has ever experienced. Recent rain kept the drought from worsening. The incoming storm is the type that potentially makes a difference in the ongoing drought. Widespread soaking rain is exactly what we need to start seeing improvement around the Inland Northwest.