Spokane County Fire crews also tweeted that they responded to a blown transformer in the area on Sunday night. 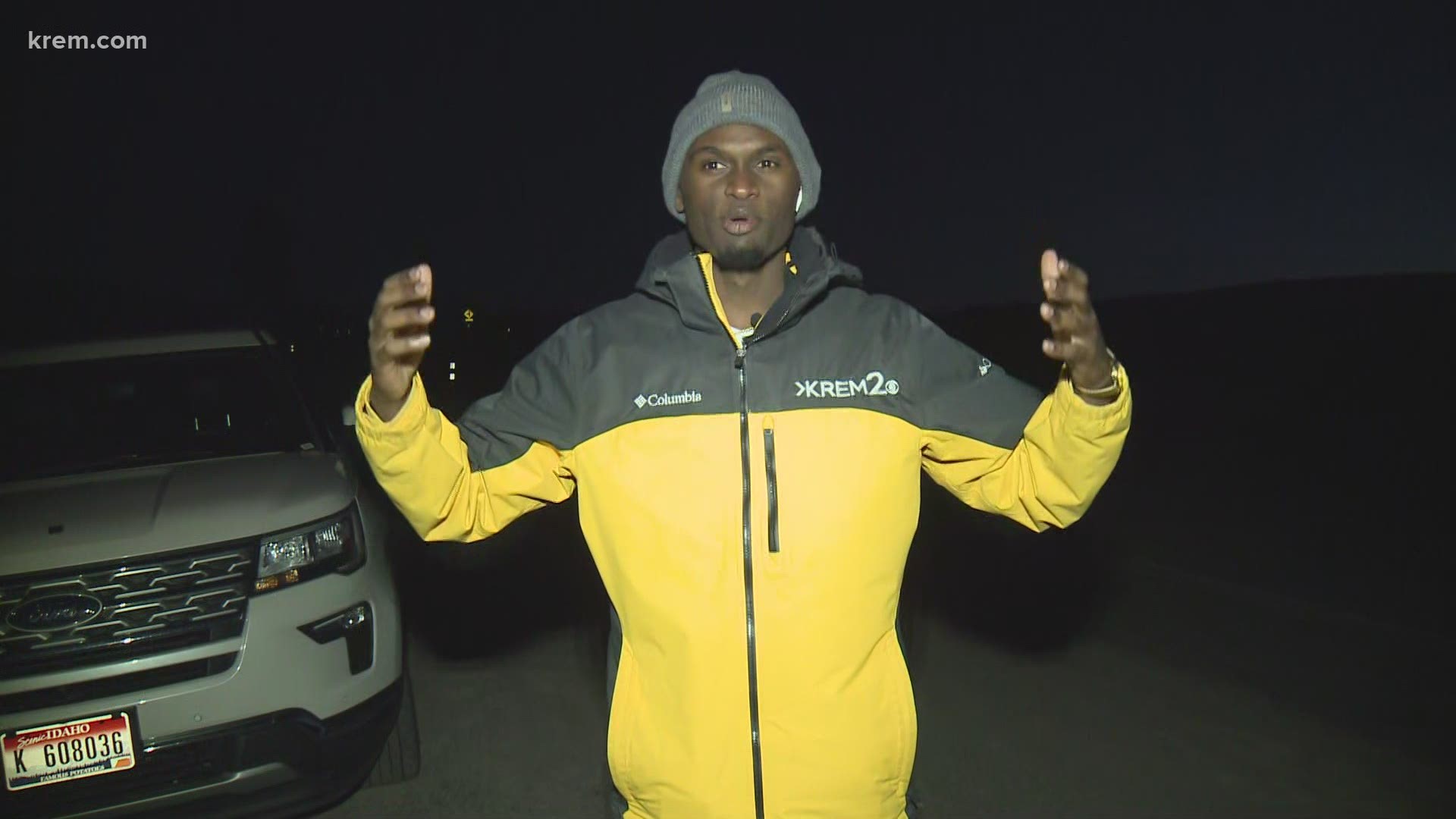 The Northern Lakes Fire District reported a small fire in a wooded area at the east end of Chilco Road near Hayden Creek. That fire was contained as of 9 p.m. on Sunday. Spokane County Fire District 9 tweeted, "It's been a night. High winds, transformers blowing, no visibility, trees coming down, power lines coming down and fire between homes."

Spokane County Fire crews weren't sure how big the fire was because of the blowing dust. Fire crews also tweeted that they responded to a blown transformer in the area.

No one was injured and no structures were at risk. The cause of the fire has not been determined.

Fire conditions upon arrival. Firefighters working to contain the fire as a transformer blows. No firefighters or civilians were hurt pic.twitter.com/xhKDABPWQ6

The Idaho Department of Lands has reported increased fires from debris burning, in northern Idaho. They ask residents to be smart and monitor fires until they are out.