Snow falls on mountain passes, across Inland Northwest on Tuesday

Winter weather advisories remain in place for the Cascades and Northern Rockies Area mountain passes. Snow and slush on the roadways across the Spokane area. 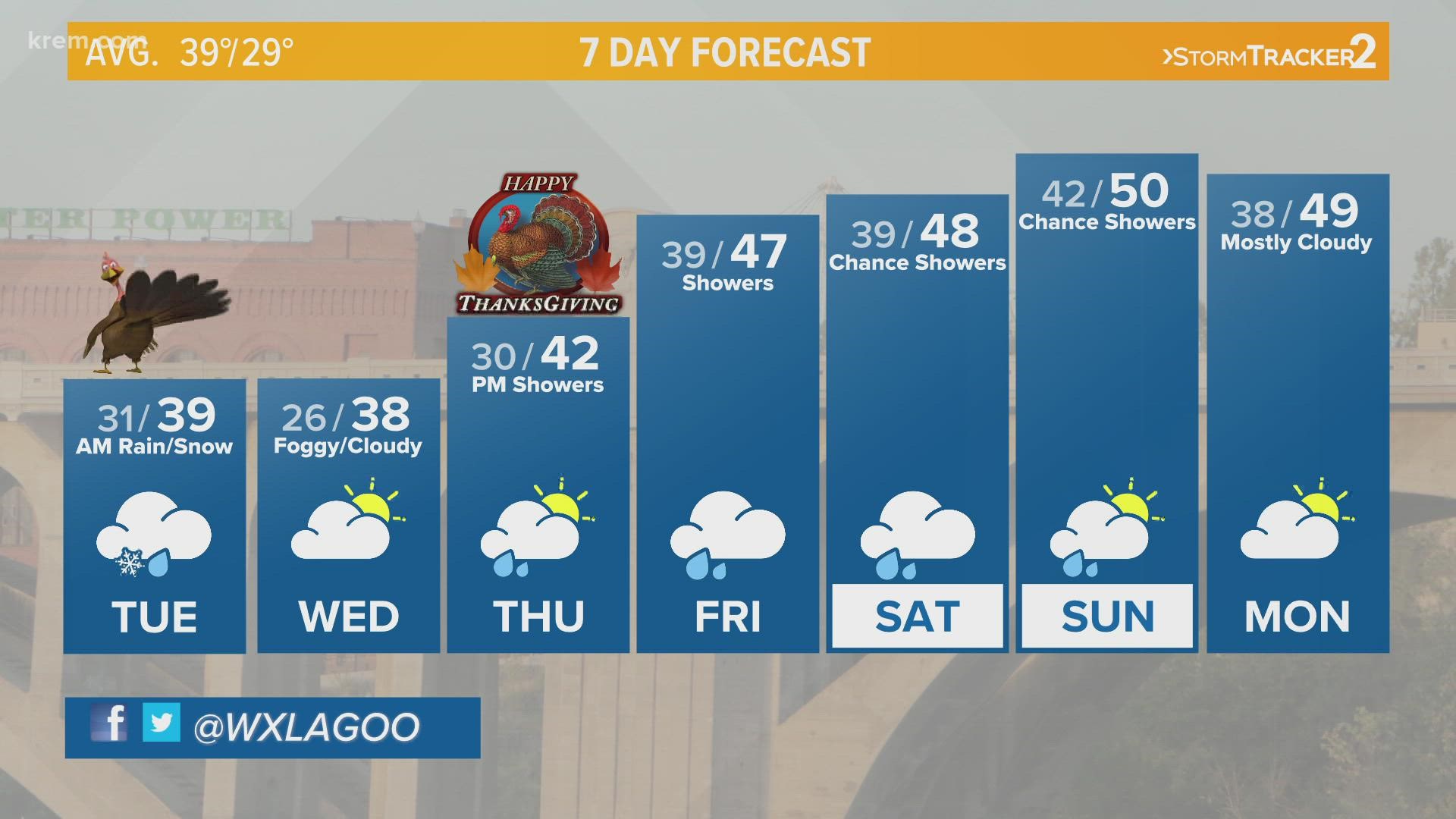 SPOKANE, Wash. — Winter Weather Advisories remain in place in both the Cascades and Northern Rockies as snow falls in mountain passes and throughout the Inland Northwest on Tuesday.

The winter storms are expected to produce 4-8 inches of new snow, mainly during the day. The heavier amounts will likely to be at Stevens Pass but snow has already drifted southward to Snoqualmie Pass as well.

In Spokane, we are seeing a mix of light snow falling Tuesday morning and rain showers are expected to arrive during the latter half of the day. Spokane will see less than one inch of accumulating snow. Coeur d’Alene has the potential to pick up about one inch by the time snow ends on Tuesday. Snow is expected to melt by 1 p.m. on Tuesday and there is a slight chance of rain between 1 to 2 p.m.

The mountains of Idaho's Central Panhandle will be under the Winter Weather Advisory from 4 a.m. to 8 p.m. Tuesday. Three to six inches of snow are expected to fall in that time on 4th of July and Lookout Passes.

The potential snow will have its biggest impacts on the morning commute in low elevations and the mountains throughout the day on Tuesday. This time of year, it is imperative to check the forecast because things can change drastically in the mountain passes. The good news is that things look to dry out before Wednesday’s travel. Wednesday is expected to be a dry day, which should help Thanksgiving travel conditions. 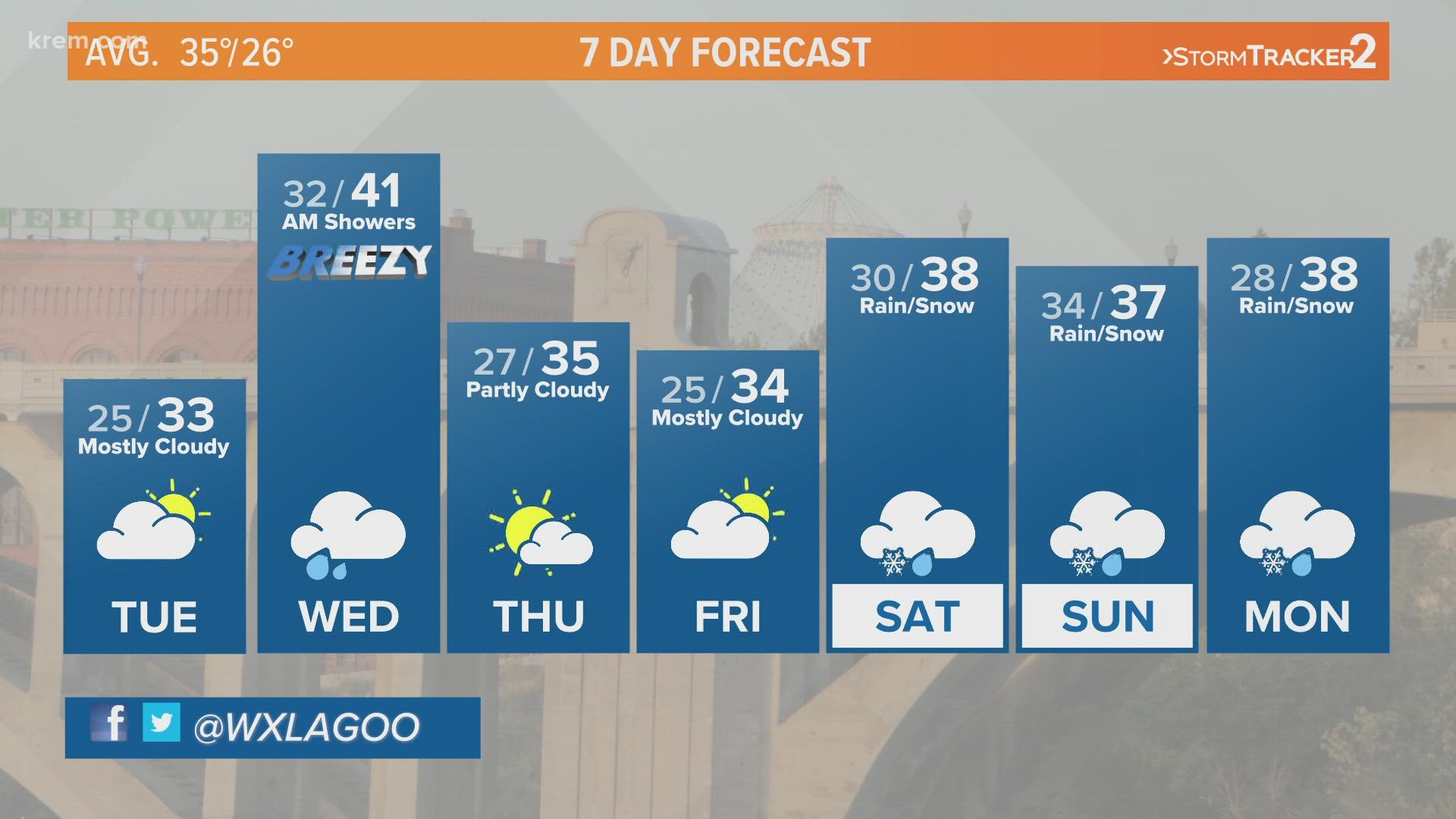