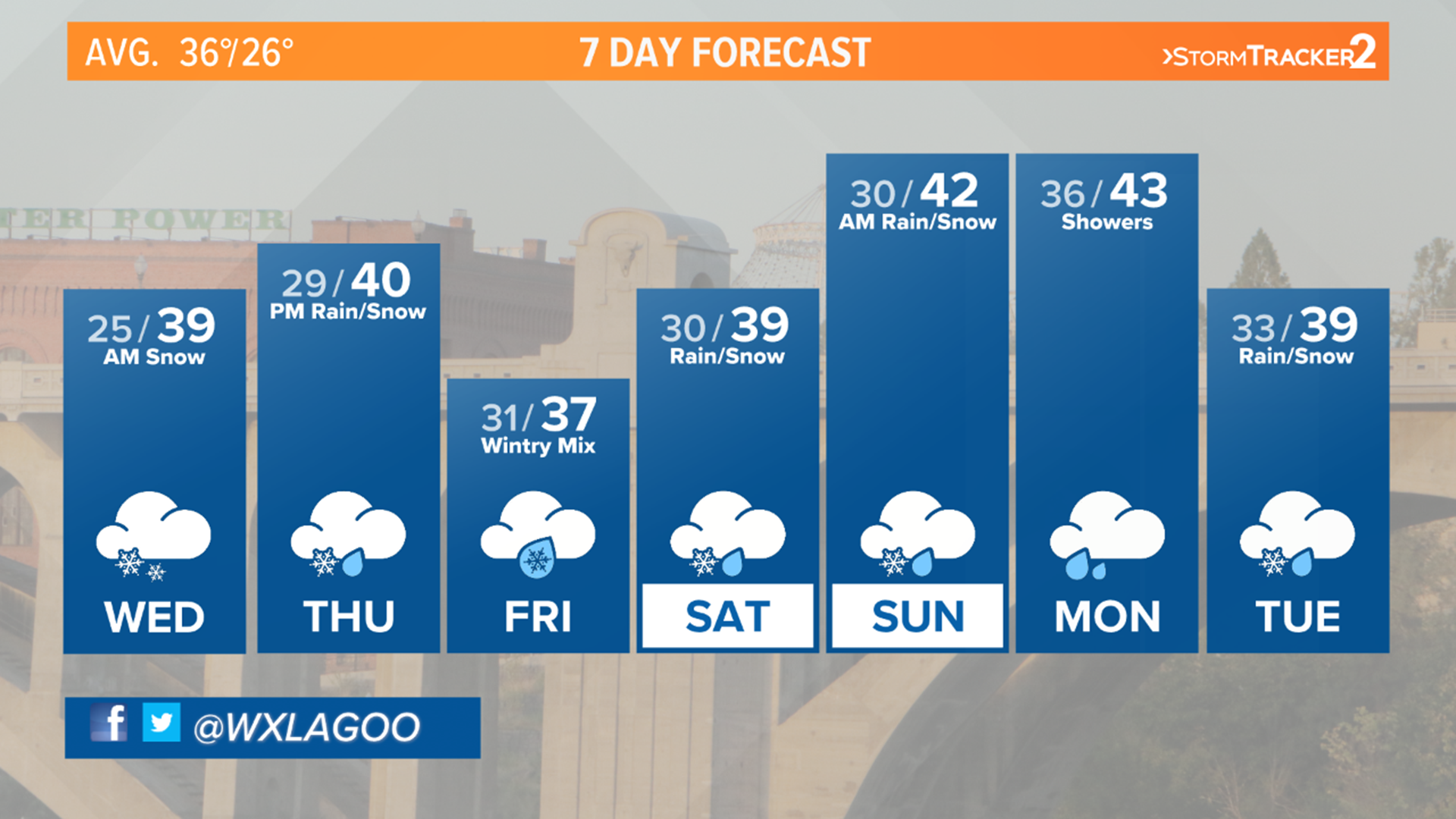 SPOKANE, Wash. — Snow began falling around the Inland Northwest on Wednesday morning. It lasted through about 10 a.m. in Spokane and is expected to go until about 1 p.m. in northern Washington.

The snowstorm had the greatest impacts on the Wednesday morning commute. The Washington State Department of Transportation had their aptly named "Plowie McPlow Plow" out on I-90 Wednesday morning treating and clearing the roadway. The department asked drivers to give the plows room, and remember that plows travel at 35 mph or less while they're working.

"Plowie McPlow Plow" is out working hard this morning as snow continues to fall. Make sure to give our crews plenty of space to clear the roadway and remember that they treat and clear the road at 35mph or less. pic.twitter.com/sdyEfoCTt4

Winter Weather Advisories and Winter Storm Warnings were issued for most of central and northern Washington which remained in place during Wednesday morning's snowfall.

Winter Storm Warnings were issued from 10 p.m. Tuesday to 10 a.m. Wednesday for Omak, Chelan, and Wenatchee.

Winter Weather Advisories were also issued on Wednesday morning for Moses Lake in central Washington and all remaining northern and northeastern Washington areas including Deer Park, Newport, Chewelah and Colville.

Moisture stays in the forecast through the end of the week. We will see another round of showers on Thursday. But by Thursday afternoon, temperatures will climb into the upper 30s, meaning the Inland Northwest probably sees another round of rain on top of snow in low elevations, and that includes Spokane.