LIBERTY LAKE, Wash. — You may have seen the viral story about a couple who traveled to Mt. Spokane for their wedding during a weekend snowstorm – but they weren’t the only love birds who tied the knot in a winter wonderland.

Blake and Emily Beard had their wedding on the mountain in Liberty Lake on Saturday as an unusual September storm left the greater Spokane area with a dusting of snow and chilly temperatures.

Blake’s mother Cindy Burton Beard shared a handful of photos of the nuptials on Facebook, writing, “What an amazing day! We certainly were not expecting a snowy wedding, but it was absolutely stunning! What a joy to see my son and his beautiful bride commit their lives to one another.”

The Liberty Lake area received about an inch of snow on Saturday, according to the National Weather Service.

Photos: Couple gets married during snowstorm in Liberty Lake 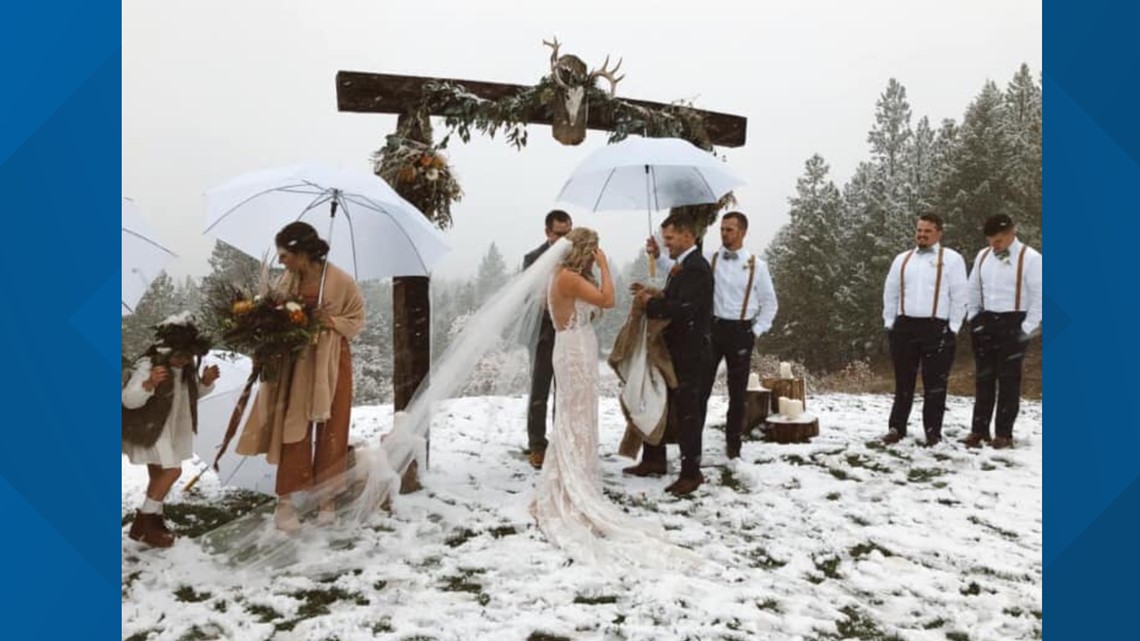 Carly Hemingway also reached out to KREM to share her "magical winter wonderland wedding" at Schweitzer Mountain Resort over the weekend.

"My husband and I hoped for snow on our wedding day and we got everything we dreamed of, even with 60 mph winds and a blizzard" she wrote.

The pair grew up in the area, but live in Arizona and traveled all the way back home for the wedding.

Photographer Jaime Denise Fletcher was initially worried the couple would be upset with the unprecedented storm. However, when she arrived she said the wedding party was in good spirits, joking and laughing about their bad luck. 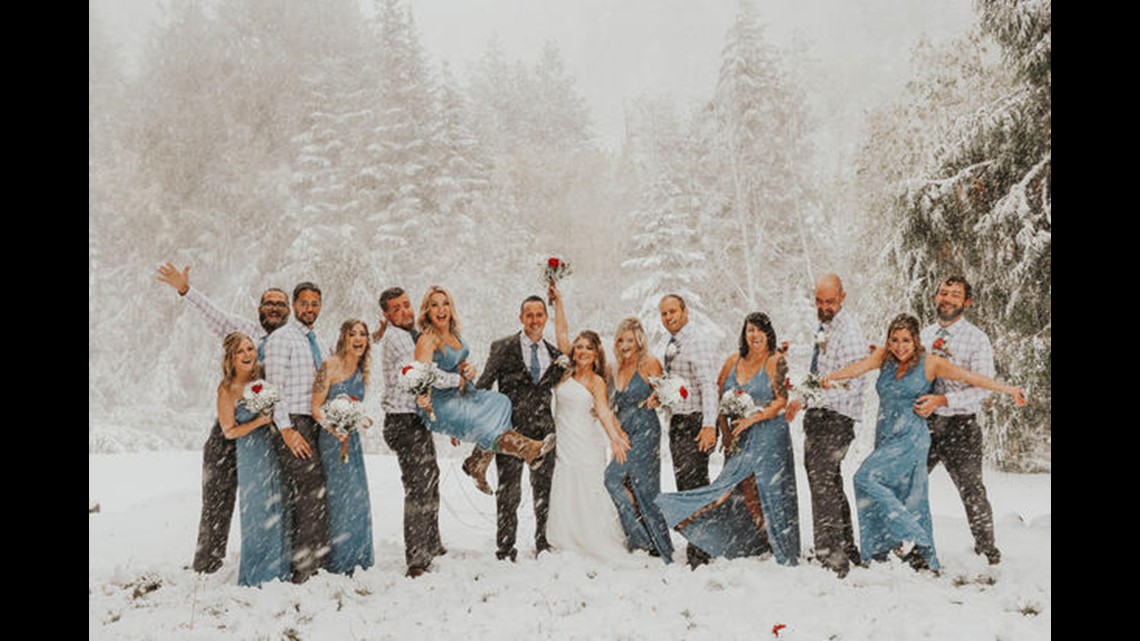 Spokane broke several snow records over the weekend. The National Weather Service tweeted that Spokane recorded 1.9 inches of snow on Saturday, a new daily and monthly record. It was the first measurable snowfall recorded on Sept. 28 since record-keeping began.

On Sunday morning, 1.3 more inches of snow fell at the Spokane International Airport. This set the daily snowfall record for Sept. 29, according to the NWS.

Other parts of the Inland Northwest also saw snow, with higher elevations and mountain passes seeing significant accumulations Saturday and into Sunday.

Denison Ridge, a wedding venue about 25 miles north of Spokane, also hosted a wedding over the weekend where guests had to endure temperatures in the 30s.

“Is winter here to stay?” the owner asked on Facebook.

Spokane Wedding Facility-Denison Ridge
Is winter here to stay? It's only September and the earliest snow I have ever seen here. 😲 It was 33 degrees all day on Saturday. And yes, we had a wedding.

Spokane area photographer Jake Donovan said he “photographed an outdoor wedding in a blizzard” on Saturday.

“Don’t ever say I’m not dedicated to my craft,” he wrote.

Jake Donovan
I photographed an outdoor wedding in a blizzard yesterday... Don't ever say I'm not dedicated to my craft 🤣 📸: Zachariah Hosoda