Areas above 4,000 feet woke up to fresh snow on Monday morning. 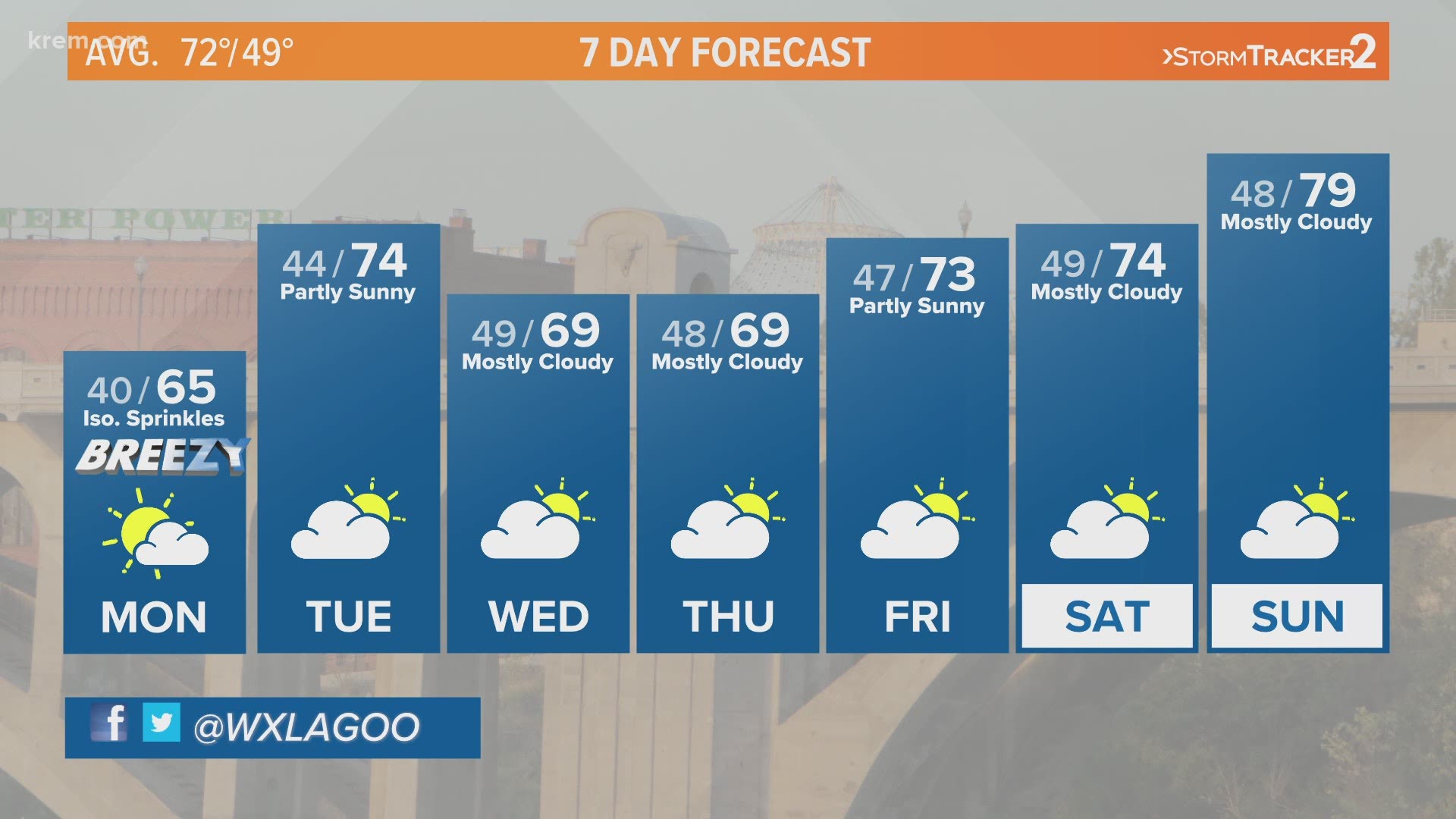 SPOKANE, Wash. — Snow in June? It happened. High elevations of the Northwest picked up a little June snow on Monday morning as a push of cold air accompanied our latest round of moisture.

In most locations it wasn’t more than a dusting, but we are officially in meteorological summer so it’s worth mentioning. The snow level stayed around 4,000 feet early Monday morning with a bulk of the accumulation sticking to trees and grassy surfaces. That meant that most of the roadways remained snow free as the flakes flew.

The Washington State Department of Transportation's Eastern region had some fun tweeting about the fresh snow falling across the state. Schweitzer Mountain in North Idaho even had a moment of brief accumulation early Monday morning as the sun came up.

"No, your eyes aren't deceiving you - that's snow! On June 7th. And yes, it was 90 degrees last week," Schweitzer wrote in a Facebook post.

No, your eyes aren't deceiving you - that's #snow! On June 7th. And yes, it was 90 degrees last week ;) https://www.schweitzer.com/discover/webcams/ #schweitzerlife #weather

Thankfully, we are in the month of June and that means that everything that feel early in the morning will quickly melt during the day as things warm up. Though it’s short-lived, the June snow is still a fun reminder to always keep a close eye on the weather in the Inland Northwest.