A truck, some pots, & a lot of pasta: Atlanta man journeys to Florida to feed Michael survivors

Daniel Francis was once an EMT, so he knows devastation. So, when he saw the destruction left behind by Hurricane Michael, he knew only one word mattered – help. 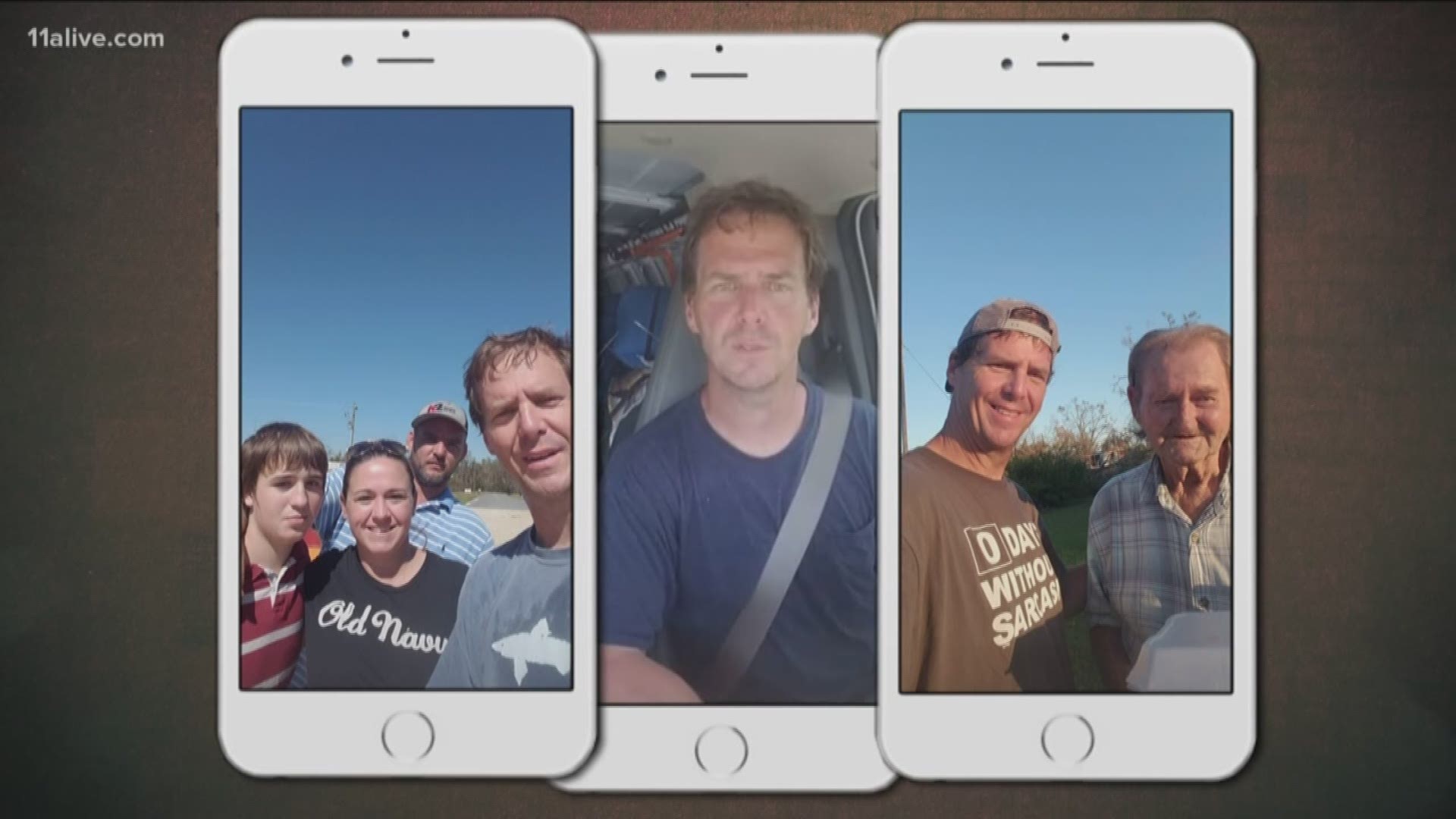 ATLANTA — Less than a week after Hurricane Michael rammed into the Florida panhandle, help is rushing to the people in those affected areas in many different forms.

Daniel Francis is one of them.

Like many Americans, he watched as the ferocious storm flattened virtually everything in the path when it made landfall last week.

Francis was once an EMT, so he knows devastation. So, when he saw the destruction left behind by Hurricane Michael, he knew only one word mattered – help.

“It just came on my heart to go,” he explained to 11Alive.

So this weekend, Francis’ business partner Greg Mulligan packed up a truck-full of supplies Francis drove to Florida with nothing but a truck, some pots and a lot of pasta and sauce.

Then, onto to Callaway, Florida. Bristol. Oxford. Estiffanugla and Altha. More than five days of driving and feeding, sleeping when and where he could.

Since then, he’s fed almost 7,000 people in an area devastated by Hurricane Michael.

11Alive asked Francis what he’s witnessed since crossing into the destruction zone.

“Houses that are rolled into pieces. Miles and miles of acres and acres of trees that entirely obliterated, just broken off,” he explained.

But what he also saw encouraged him: “Strong people, full of faith, full of gratitude, full of hope.”

People who heard his story immediately wanted to help. A Tallahassee radio station let him set up shop. Several Florida companies assisted him. People in the devastated areas, started giving him money, insisting he take it to continue to help others.

“It takes a while for resources to get to them, and I’m just grateful to be able to fill that gap for just a few people,” Francis said.

He said he’s tried to raise the mood by wearing different shirts with funny slogans, like one that reads “0 Days Without Sarcasm, showing that, “Not only is there hope but in the midst of this we can laugh for a minute, we can fellowship for a minute.”

Francis is taking a break and heading back to Atlanta, but not before stopping in Colquitt, Georgia to feed people at a church. He’ll rest for three days, then head back to Florida.

“The need here is deep, and even though there are huge resources coming, one has to wonder, what is enough,” Francis asked. “Giving back is the only way that I can keep this great life, I believe.”

He’s since set up a GoFundMe account, appropriately called the Panhandle Pasta Project. And with the money, he’s managed to keep feeding those most in need.