How to watch the meteor shower outburst on Thursday night

At it's peak, up to 400 meteors per hour may be visible under ideal conditions. But it'll only last for a few minutes. 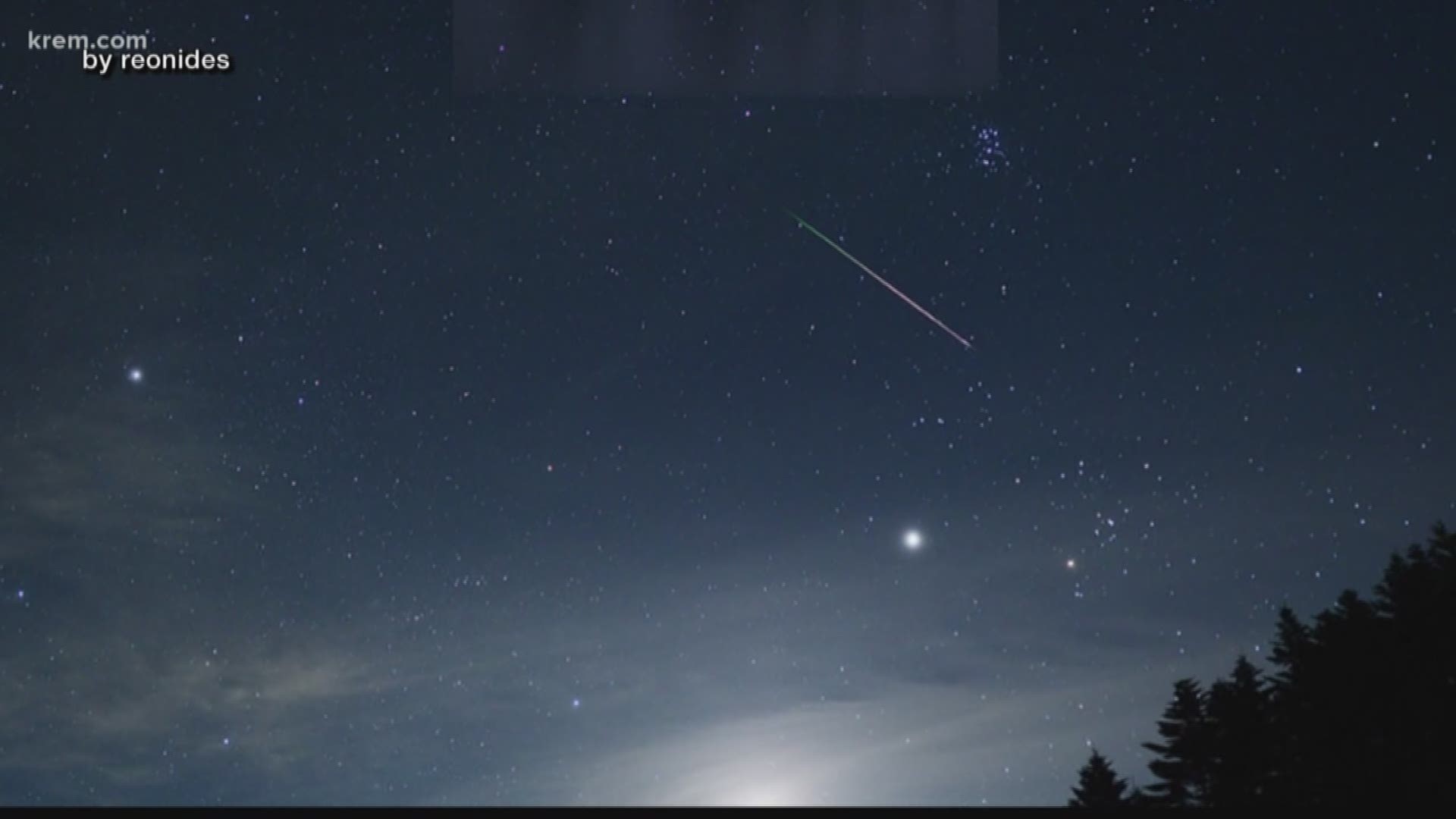 SPOKANE, Wash. — 2019 has been a poor year for meteor showers on Earth. A lot of our best, annual meteors showers have coincided with near full-moon, hence obscuring a large percentage of otherwise visible meteors. But on the night Nov. 21, we might just make up for it.

The Alpha Monocerotid meteor shower could produce a rate up to 400 meteors per hour under ideal conditions. That's one shooting star every nine seconds!

But it's a small window of viewing. Start looking up at 8:50 p.m. PST. The best meteor shower viewing will only be for 15 to 40 minutes!

Bare in mind that "400 meteors per hour" is the maximum possible, considering the best forecast under perfect sky darkness and clear skies. For most casual viewers, the number will be a lot less. But if you get away from city lights, it'll likely be as impressive as the reliable Perseid meteor shower which happens every August.

The radiant, the spot in the sky that the meteors will appear to shoot out of, will be located near the east-southeastern horizon. So you'll generally want to be looking in that direction and upwards, of course. It's in the constellation Monoceros (hence the name) and near the bright stars of Procyon and Sirius. Sirius, by the way, is the brightest star in the entire night sky.

Normally, the Alpha Monocerotids is a weak, and generally unremarkable, meteor shower. However, once every couple of decades, the Earth passes through a particularly rich slice of the meteoroid stream causing immensely impressive meteor showers.

That last time we had a remarkable outburst of meteors from the Alpha Monocerotids was in 1995.