Spokane has already seen nearly double its normal snowfall and winter is just getting started. 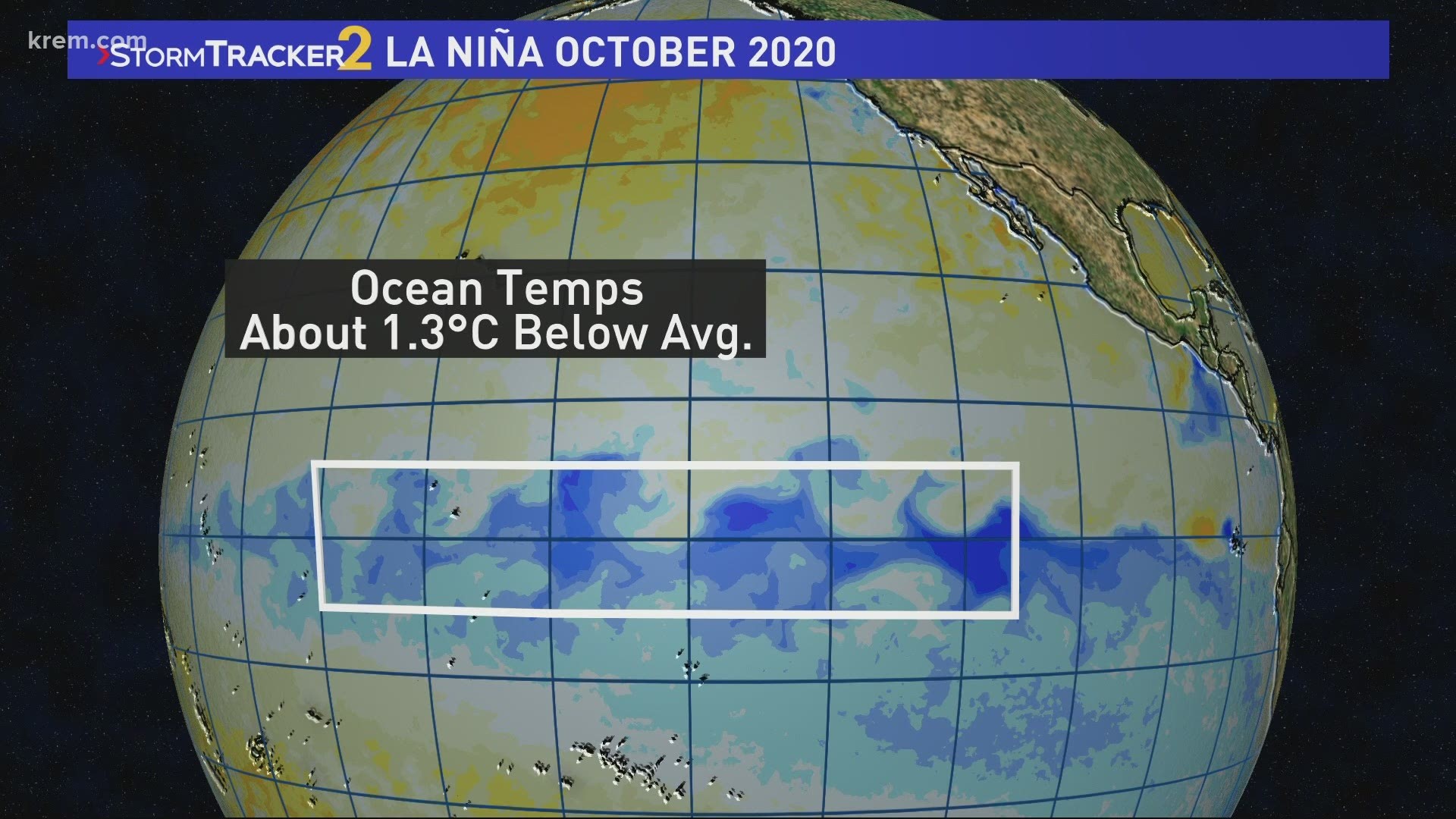 SPOKANE, Wash. — If you look around Spokane, the only snow left is what has been hiding in the shade since our latest storm.

For the most part, it’s grass and dry pavement welcoming us into the month of December. But as we head into what is normally the snowiest stretch of winter for the Inland Northwest, there are plenty of reasons to keep the shovel handy.

The month of December offers the least amount of daylight and the lowest sun angle of the year. That means any snow that does fall this time of year tends to stick around a bit longer. December typically offers about 14.3 inches of snow in Spokane, a number we are a long way from seeing as we kick off the last month of 2020.

With all that snow, you might expect to see a little more on the ground. But with temperatures trending close to where they should be this time of year and the sun still high in the sky, most of that snow melted as fast as it fell.

We’ve talked a lot about La Niña and what it means for our winter weather.

For a little perspective, that is more than double the normal 44.9 inches of snow we see in a typical winter in Spokane.

An even more jaw-dropping nugget of that stat: on Dec. 4, 2008, the snow season had brought a dismal 1.5 inches of snow to Spokane. Snow finally started to fly on Dec. 12 and, by the end of the month, the city picked up some 61.5 inches of snow with almost two feet still on the ground as the month closed.

La Niña winters are notorious for slow starts. While this year got a jump start on snow, don’t let our recent dry spell dash those hopes of a snowy winter.