Rain lingers into the night with more on the way Friday. Few showers Saturday with sunshine before better rain chances head in again Sunday. 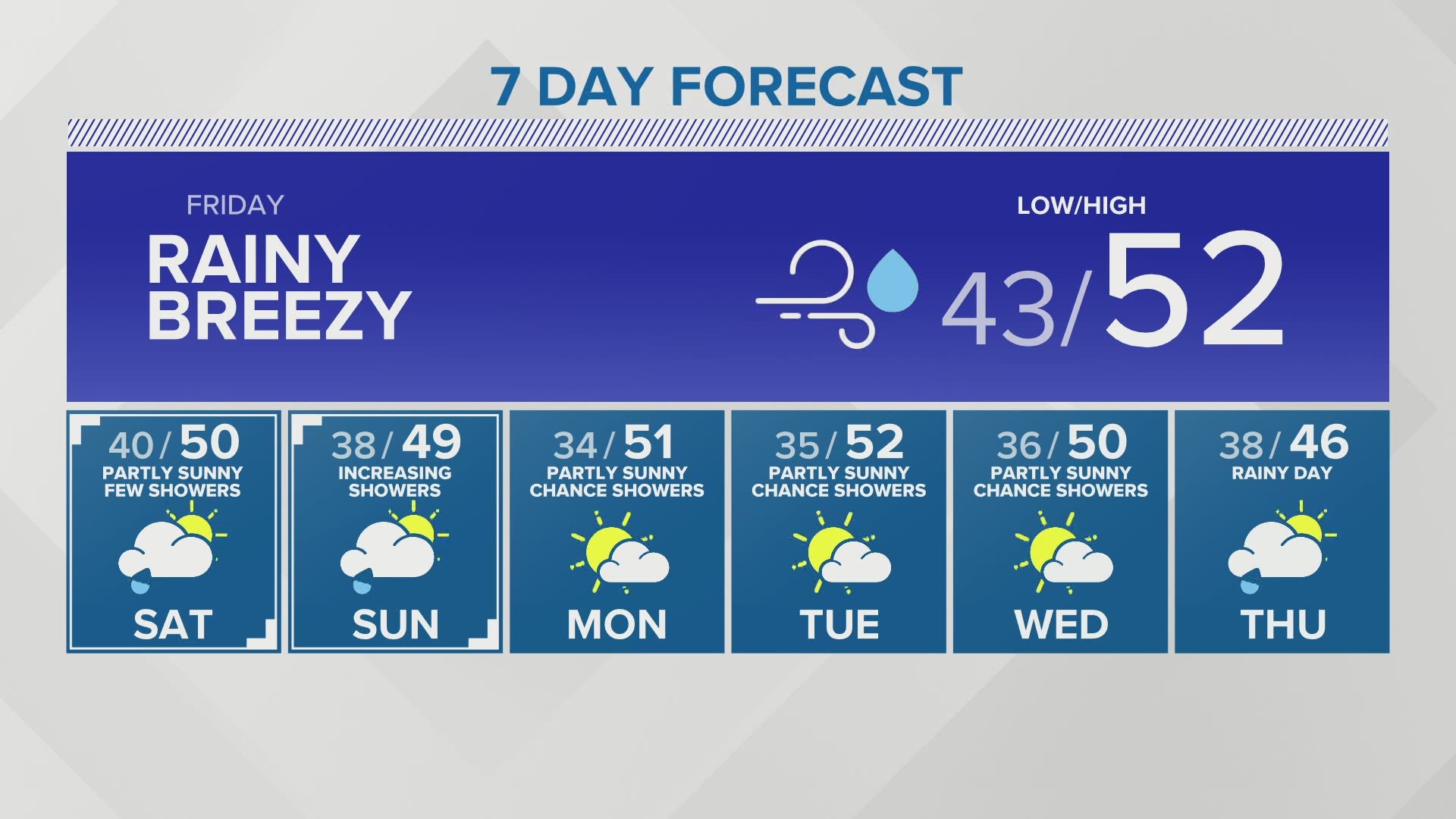 Showers stick around Friday as breezy conditions pick up. Highs will reach the low 50s with south winds at 15 to 25 mph.

Across the Olympics, snow will continue to fly as up to an additional foot could drop through the day on Friday.  A Winter Weather Advisory continues there until 10 am Friday for locations above 3000 feet.

For the lowlands, Friday will be a rainy and breezy day as a cold front pushes slowly through western Washington, changing the steady rain to off and on showers by later Friday afternoon. The coast will have a chance of thunderstorms Friday afternoon.

Saturday we will be between weather systems for a partly sunny day with only a couple of showers but cooler temperatures.

On Sunday, a weak front will move into western Washington for more clouds and increasing showers during the day.

Monday, Washington will be brushed by a weather system dropping southward just off the coast giving us a mix of a few off and on showers and sunshine.

That weather disturbance will continue to drop slowly southward down the west coast before swinging into California later in the week. However, it will be far enough away it should only give Washington some clouds for a partly sunny week.

This pattern will also bring in cooler air for high temperatures dropping back to the upper 40s and low 50s through the week. Snow levels will drop to around 2,000 feet next week.

After our very snowy and cold February in the mountains, warming temperatures this week are maintaining avalanche danger. There is a chance of large, destructive avalanches running much further downslope into areas normally considered safe. For more detailed information visit the Northwest Avalanche Center at nwac.us. Be sure to check before you head out into the snow.