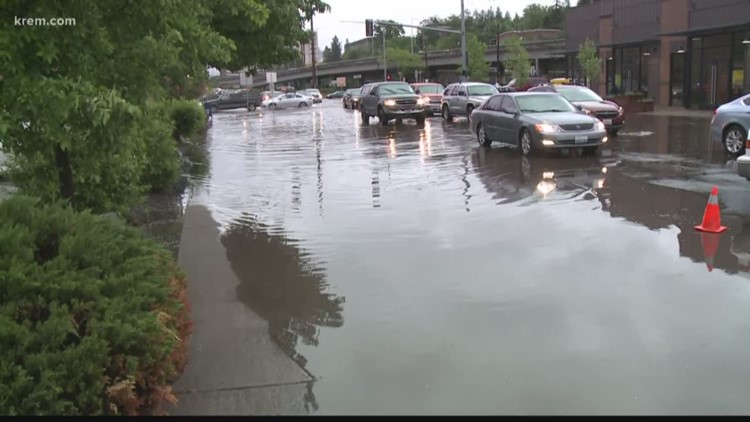 SPOKANE, Wash. — A soaker of a weather system hits the Inland Northwest tonight through the whole day Wednesday. This will easily be some of the heaviest rain of the year and when added to some of the rising rivers, flooding may be an issue.

Flood Watch is in effect for North Idaho from Coeur d'Alene, Kellogg, and Wallace, southward through Lewiston. In Washington, the Palouse, Blue Mountains and Walla Walla is under that watch which goes into effect tonight and lasts throughout the day Wednesday.

Total rain will be on the order of 1-2 inches in all of these locations, which may be enough to cover a few low lying roads in water or mud.

Additionally, several area rivers will rise quickly with the rain and the melting mountain snow. This could also lead to minor flooding concerns.

In the event of a Flood Advisory or Flash Flood Warning, you should avoid traveling or driving through flooded out roads. Flooded roads may be deeper than it looks which could, first of all, damage your car. And if there's a current, the water can sweep your car away which is the most dangerous situation for drivers.