An extreme drought in eastern Washington has led to an early onset of large wildfires and the record setting heat. 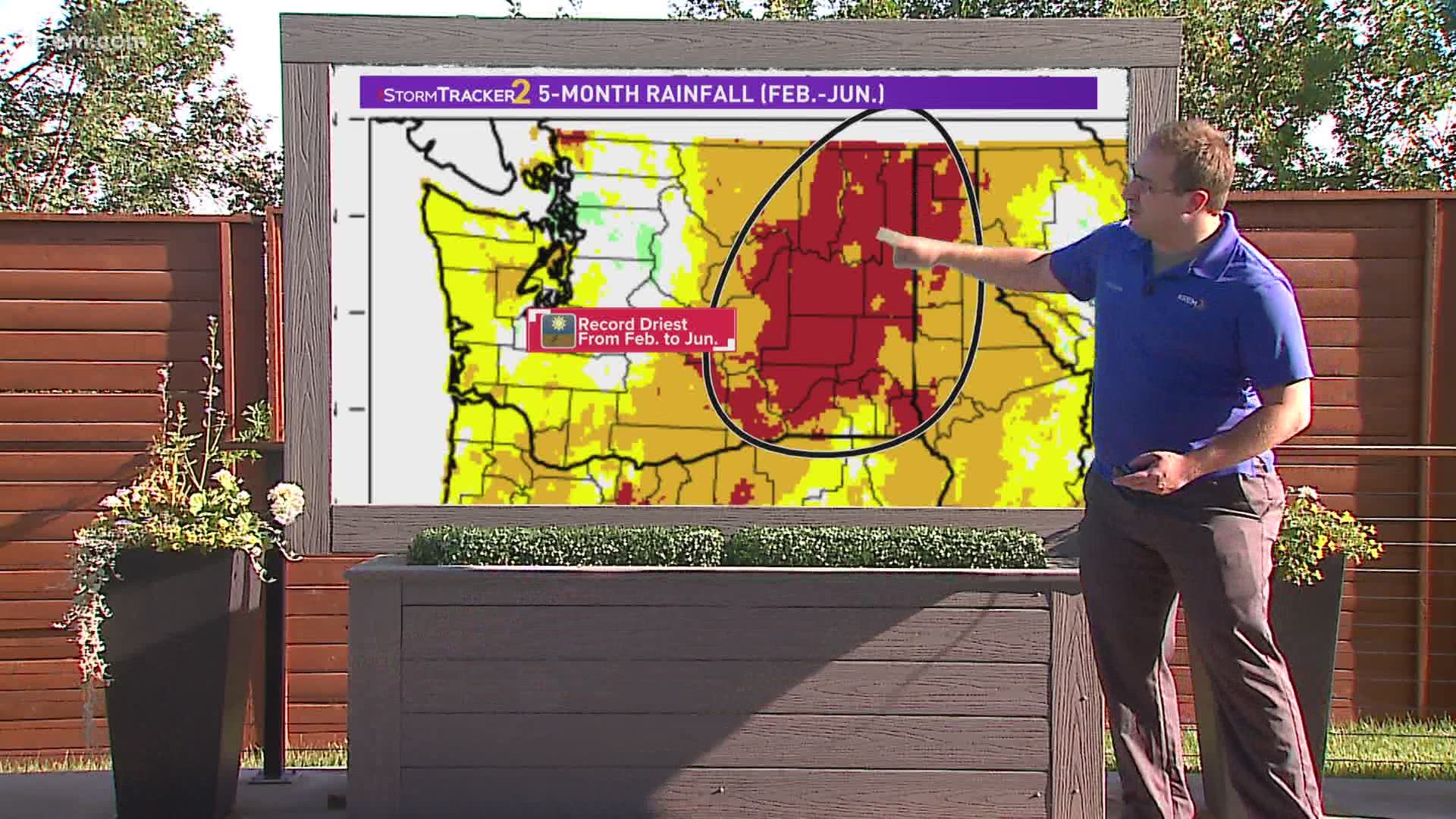 SPOKANE, Wash. — It it no surprise that Spokane and eastern Washington have been running dry since the start of spring. But when we see the numbers and how expansive the drought conditions are, it's shocking to see just how bad the drought is for how early in the summer we still are.

Since the start of February, most of eastern Washington has recorded record dry conditions over the next 5 month stretch, and that has so far continued into July. Spokane has seen less than two inches of total precipitation (rain and melted snow) since February 1. That's the lowest precipitation total in that span on record and 5.5 inches below normal.

The U.S. Drought Monitor which updates every Thursday morning, has 66% of the state under drought conditions. This includes all of central and eastern Washington with the Portland metro and Bellingham area.

35% of Washington is reporting extreme drought conditions, the third most severe level of drought, out of four. This covers nearly all of southern, central, and eastern Washington. Spokane is included in this category of drought.

Drought conditions in Washington at the state of July are even worse than they were in 2015, which was the worse wildfire season on record. #KREMweather pic.twitter.com/TOOldWTeOQ

These type of drought conditions not only makes our area more susceptible to wildfires, but extreme heat as well. To put in simply, an area with "dry heat" will get higher temperatures than "humid heat." By that same principle, if an area's climate is more dry than normal, temperatures can reach higher values which is a contributing factor to why Spokane hit an all-time record of 109 degrees on June 29.

But what stands the most is that the drought in 2021 across Washington is much worse than where we were in 2015. A notoriously hot and dry summer, yes, but 2021 is on pace for even hotter and even drier.

At the start of July, Washington in 2021 has 35% of the state under an extreme drought. In 2015 it was 0%! Extreme drought conditions didn't appear in the state until the end of July 2015. This year, it was two months earlier.

Because of this, it appears that our fire season has started about a month earlier than normal. August is traditionally the wrong year when it comes to fires, but several large fires have already spread in the Pacific Northwest. And with August still to come the forecast is simple: we are in for a long wildfire season ahead of us. 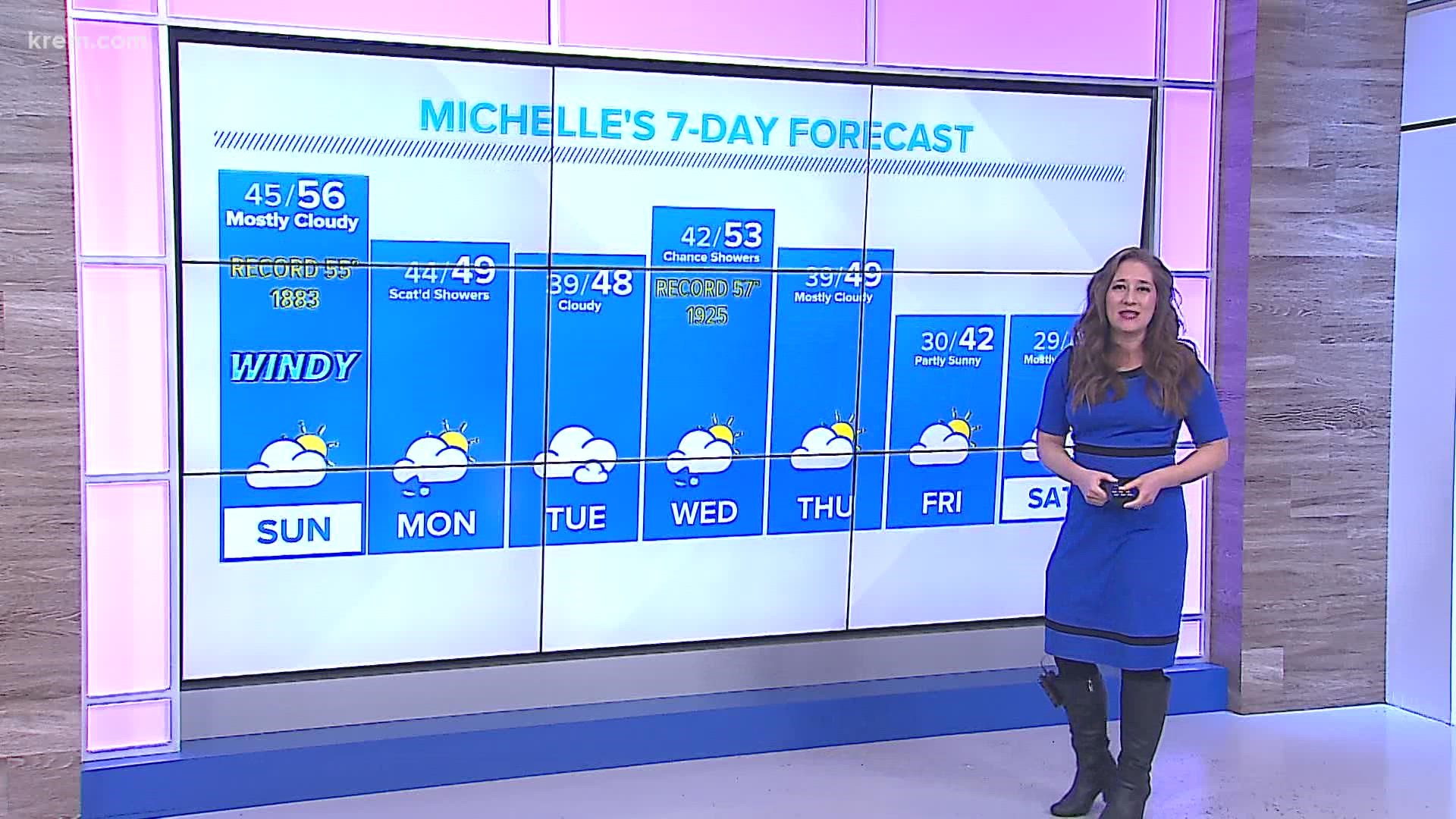