'It was right above where we were sleeping': South Hill homes damaged in snow storm

A tree narrowly missed one family's home where their two-week-old son was sleeping. 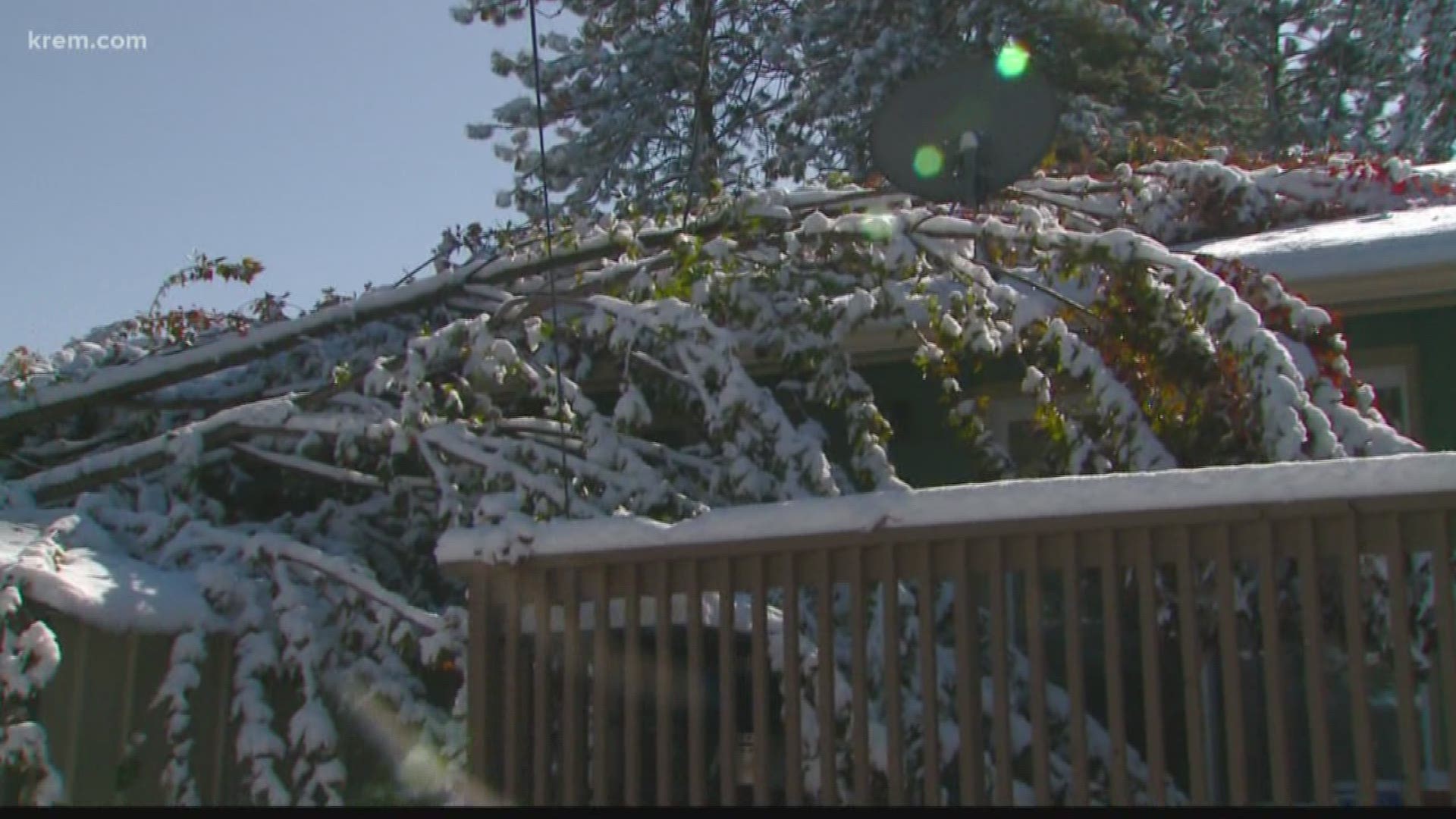 One South Hill family's home took a major hit when a tree came crashing down on their property.

Goeff Lieb and his wife were kept up Tuesday night by the noise from the storm when Lieb's wife went to investigate. She found a tree split in half in their backyard, hanging just above where the family of four sleeps, narrowly missing their two-week-old baby's crib.

"It was right above where we were sleeping," Lieb said.

The family is staying with relatives until it's safe to return to their home.

Susan Lopez and her family are weathering out the day after the storm without power. A downed tree took out the electricity to their Manito Park home.

RELATED: Avista hopes to restore power to most customers by midnight Thursday

Lopez witnessed some of the destruction when she peeked outside on Tuesday night.

"The transformers were going off all over the place and the big branches were cracking and you could hear them all over," Lopez said.

Lopez's property is littered with tree limbs and branches, along with much of the Manito Park neighborhood. Many others in the area are without power.