The low temperature dropped below the average low only one day in December. 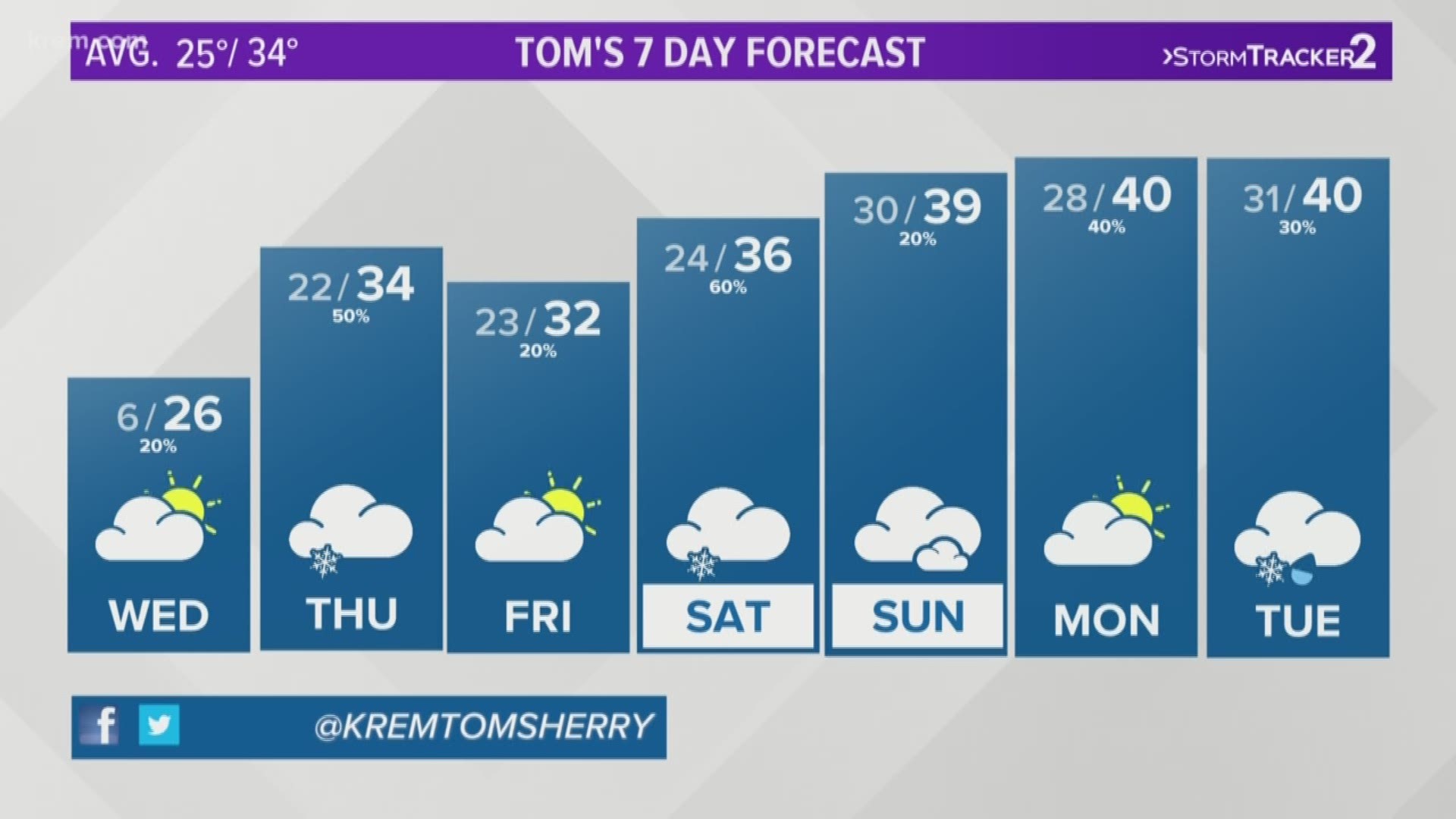 SPOKANE, Wash. — It's cold outside. Plain and simple.

Spokane and the Inland Northwest will be down to the coldest point of the season so far on Wednesday morning. Several locations will see low temperatures in the single-digits.

Additionally, the Okanogan Valley is under a Wind Chill Advisory Tuesday night as wind funneling through the valley will push wind chills below zero and as cold as -15°.

The polar jet stream, which typically differentiates mild winter weather and bitter cold temperatures, has traveled as far south as Northern California and Northern Nevada. This has left the Northwest in the freezing cold with occasional snow showers.

More snow is expected to fall in Spokane and North Idaho from Wednesday night into Thursday morning.

The cold weather pattern is vastly different than what we saw in December. Only one day out of 31 did the low temperature drop below the average low.

That was Dec. 1, with a temperature of 18 degrees in Spokane. That's been the benchmark so far this winter.

It was 13 degrees Tuesday morning and the forecast is for 6 degrees on Wednesday in Spokane.

But this cold isn't even close to record low temperatures. In fact, Dec. 15 and 16 boast the all-time record coldest temperatures ever in Spokane. It was -30 degrees on those dates in 1888.