After a very warm start to October, temperatures will likely be in the 30s and 20s this Thursday morning. 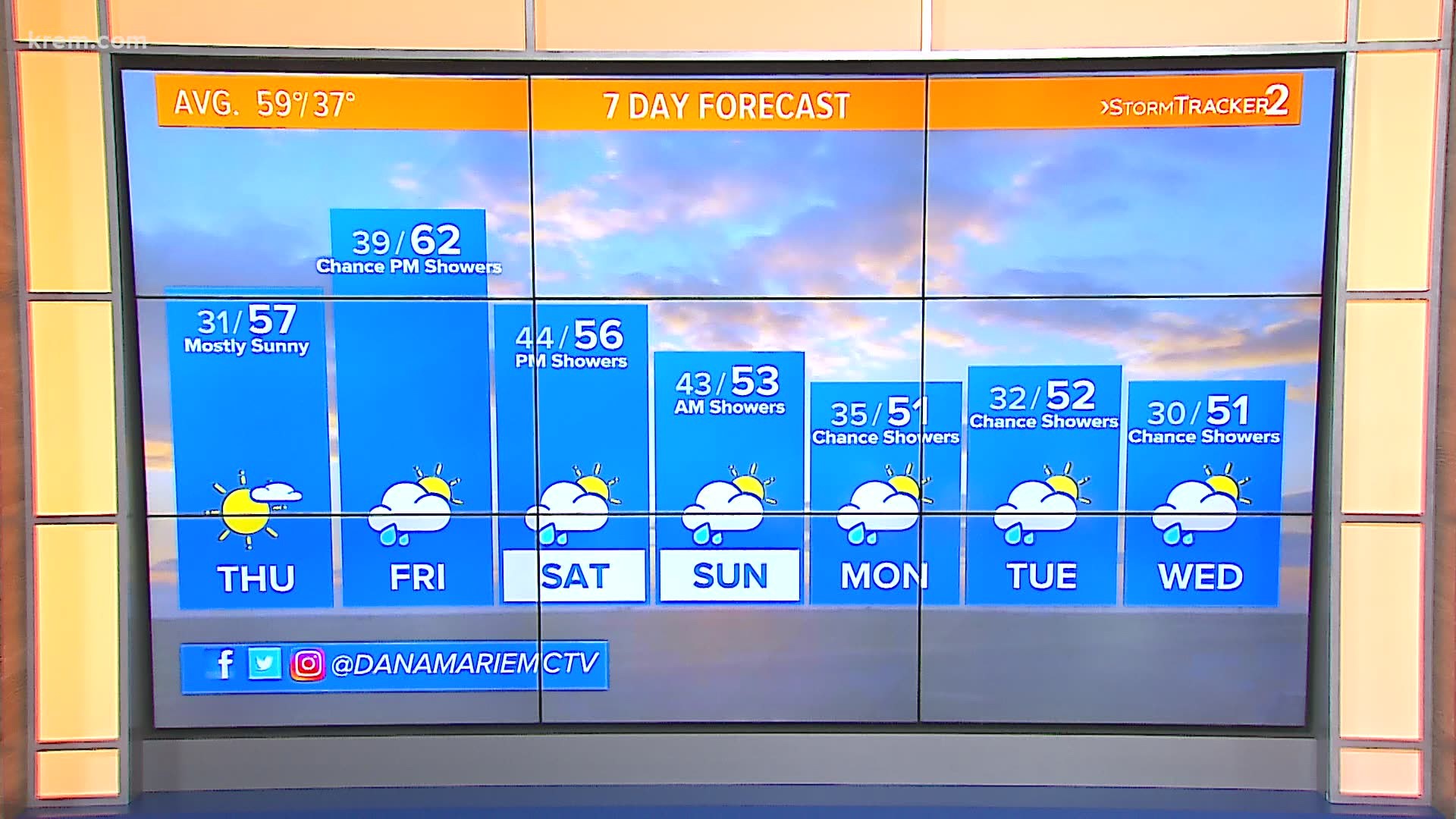 SPOKANE, Wash. — After a very warm start to October, colder weather is returning and that means cities around the Inland Northwest woke up to their first frost of the season on Thursday.

The temperature at Spokane International Airport was sitting at 32 degrees as of 6 a.m. on Thursday, according to the National Weather Service. Coeur d'Alene also hit 32 degrees on Thursday morning, while some areas around the Inland Northwest sat in the high 20s.

More frost is in the forecast on Sunday and Monday, according to KREM 2 meteorologists.

While those are statistics from the National Weather Service's Spokane office, several other cities in the area have been reporting temperatures in frequent years to get a good estimate of the first frost date. It's generally around the first week of October for most of the Inland Northwest, and earlier in our northern areas and later in our southern areas.

The first week of October was well above average temperature wise. By Oct 9, Spokane was on a 12-day stretch of hitting 70 degrees for the high temperature. The lows were also in the 50s some days, too.

Spokane's coldest day so far this season before Thursday was 39 degrees on Sept. 27.

It's worth noting that Deer Park had already seen a freeze! Back on Sept. 8, it was frigid 30 degrees in Deer Park. Oddly enough, that's very close to normal for the area. Since temperature data has been kept since 1999, the average first frost in Deer Park is already Sept. 11, with the earliest on record being Aug. 20.

By now, the growing season is well over. Any plants that were left outdoors during the warm October days should be brought it now, especially with a cold rain forecast for Tuesday followed by high winds and very cold temps by Thursday morning.