Another foggy morning predicted before a colder and snowy weekend

Patchy dense fog is possible for the second straight night. 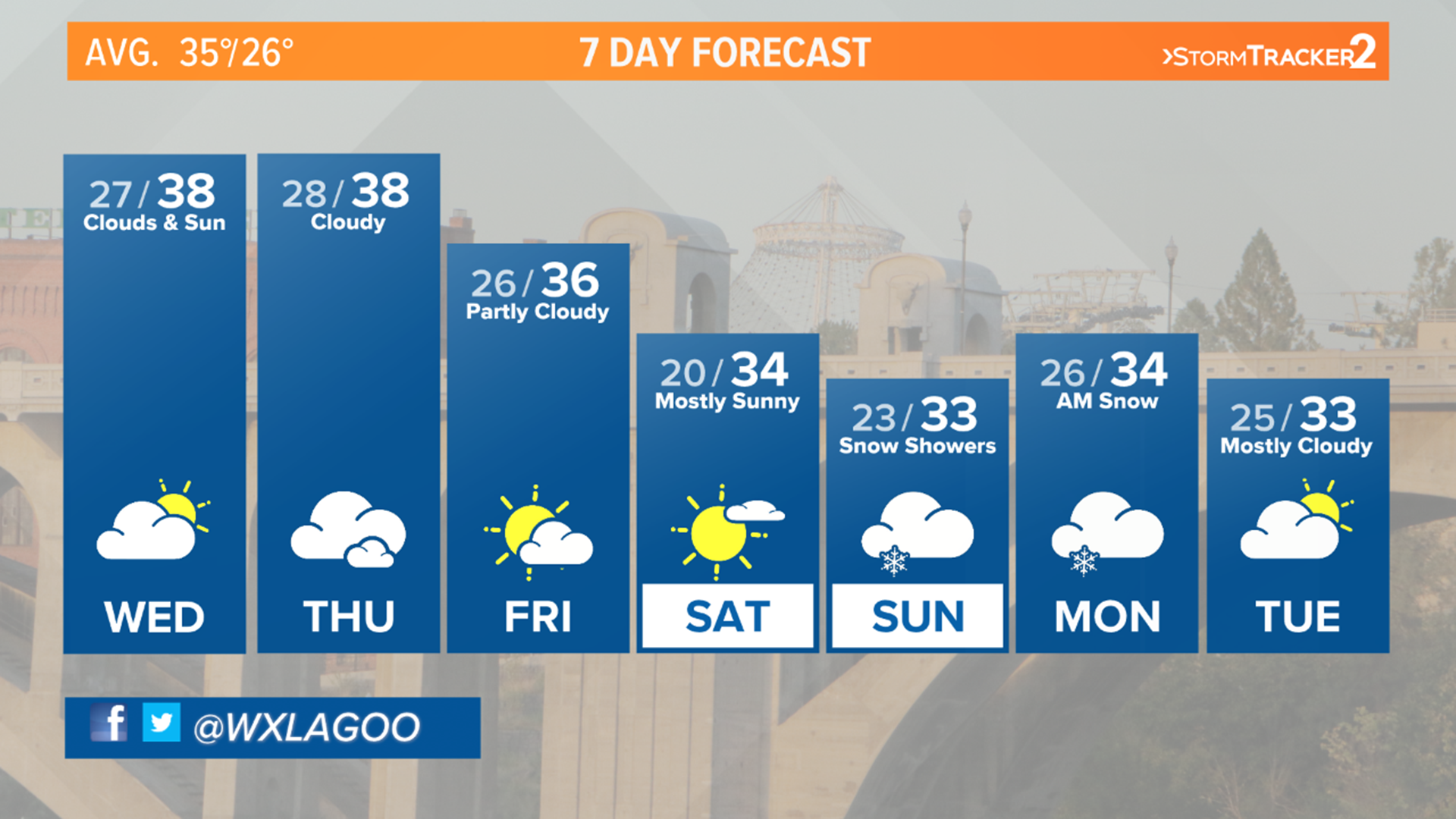 SPOKANE, Wash. — With the forecast day-to-day this week being rather similar, it is likely that parts of the area will see dense fog Wednesday morning, as we did Tuesday morning.

Temperatures remain in the mid to upper 30s for the rest of the week, with largely cloudy skies for Wednesday and Thursday, but mostly sunny for Friday.

A disturbance that drops from north to south along the western U.S. coast Thursday into Friday may bring a rain and snow chance to southern Washington and as far east as Lewiston.

The weekend will likely come with a likely chance for snow across the Spokane area. Sunday through Monday morning is the current time frame which is consistent with yesterday's forecast, so that bodes well. We'll keep an eye on how this snow potential develops throughout the week.

High temperatures over this weekend will be about 5 degrees colder than the week will be. High in the low 30s and lows around 20 degrees will be noticeable enough and will certainly make a difference in terms of precipitation type.