Windy and rainy in Spokane ahead of cold weekend

Windy, rainy, colder and potentially snowy weather is in store for Spokane later this week. 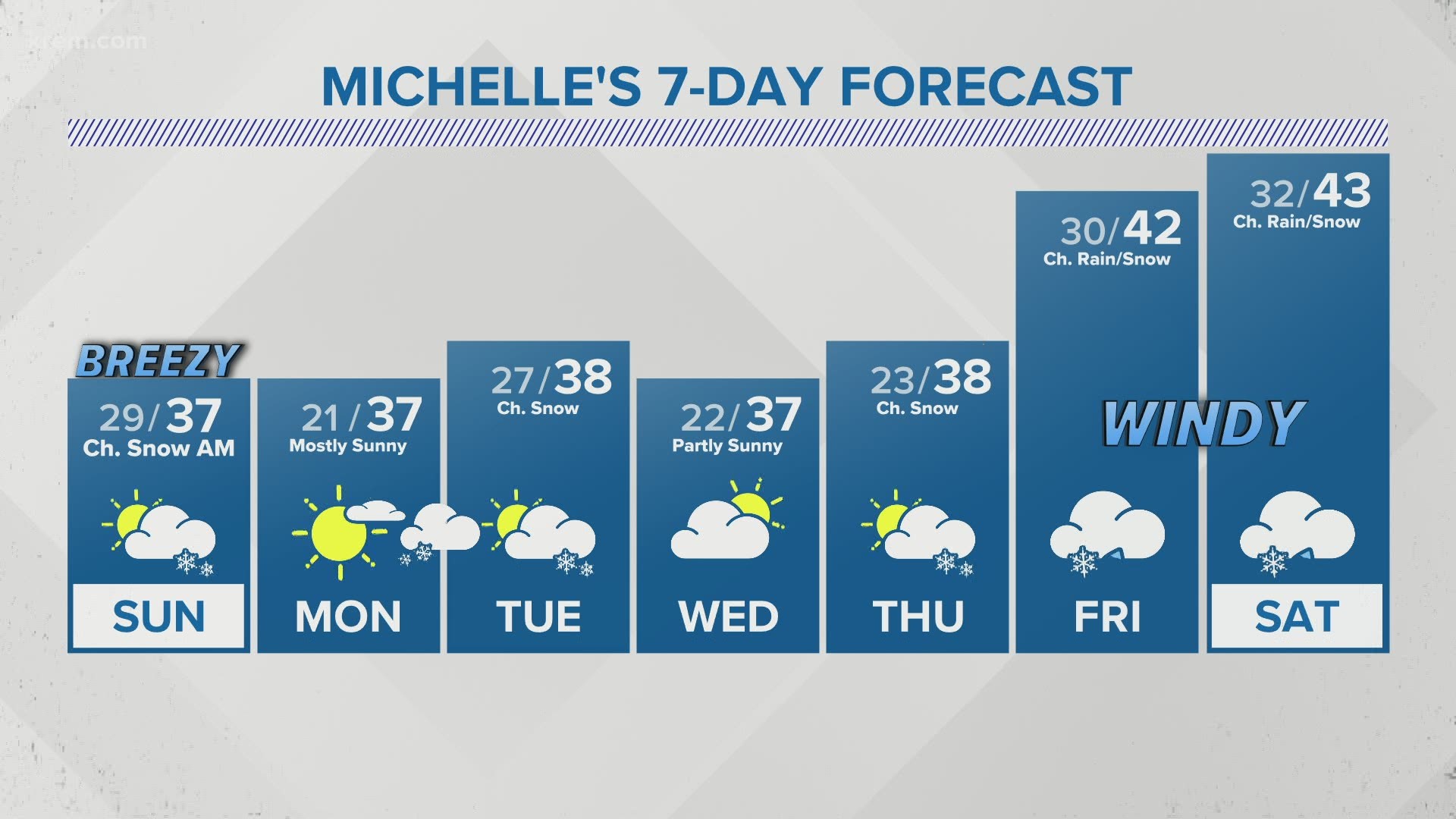 SPOKANE, Wash. — The mild start to November will be over shortly as colder weather isn't far off.

Windy conditions and rainfall will mark a big transition from temperatures that have been in the 60s on Wednesday down to temperatures cold enough to warrant a small chance for snow over the weekend.

Highs in Spokane this week have been in the mid 50s to low 60s, which is about 10-15 degrees above normal. Thursday will be the last day with temperatures this warm before they fall off significantly.

A large weather system in the northern Pacific will move through the Pacific Northwest beginning Thursday through Saturday. The cold front passage in the afternoon hours on Thursday will be the trigger for both stronger winds and rainfall.

Wind gusts on Thursday afternoon will be between 25-40 mph with the strongest wind gusts expected in central Washington. It will be noticeably windy but not likely a damaging wind. Blowing dust does not appear to be a threat because of the rainfall that comes with the storm system.

As for that rainfall, if a constantly rainfall band sets up as models suggest, rainfall totals of more than one inch are possible between the Palouse, and some locations in North Idaho. Local rises on rivers are possible as a result, but there will not be any threat of flooding.

The follow-up to this weather system is much colder temperatures as high drop into the upper 30s and lows in the 20s for some. If any precipitation lingers through Friday night, there is a potential for some snowflakes to mix into the rain, but those chances are very small.

It's the same story on Saturday night, with a small chance for snow showers or a rain/snow mix at most but nothing significant in terms of wintry precipitation.

Obviously, this will be nothing like the massive October snowfall we had this year. Since the colder air and precipitation are arriving simultaneously, that will likely lead to more rain than snow in our area cities as the snow levels will be slower to fall during the event.