With three windstorms this year alone, Meteorologist Thomas Patrick looked at the data to see if Spokane windstorms are more common now than in previous years. 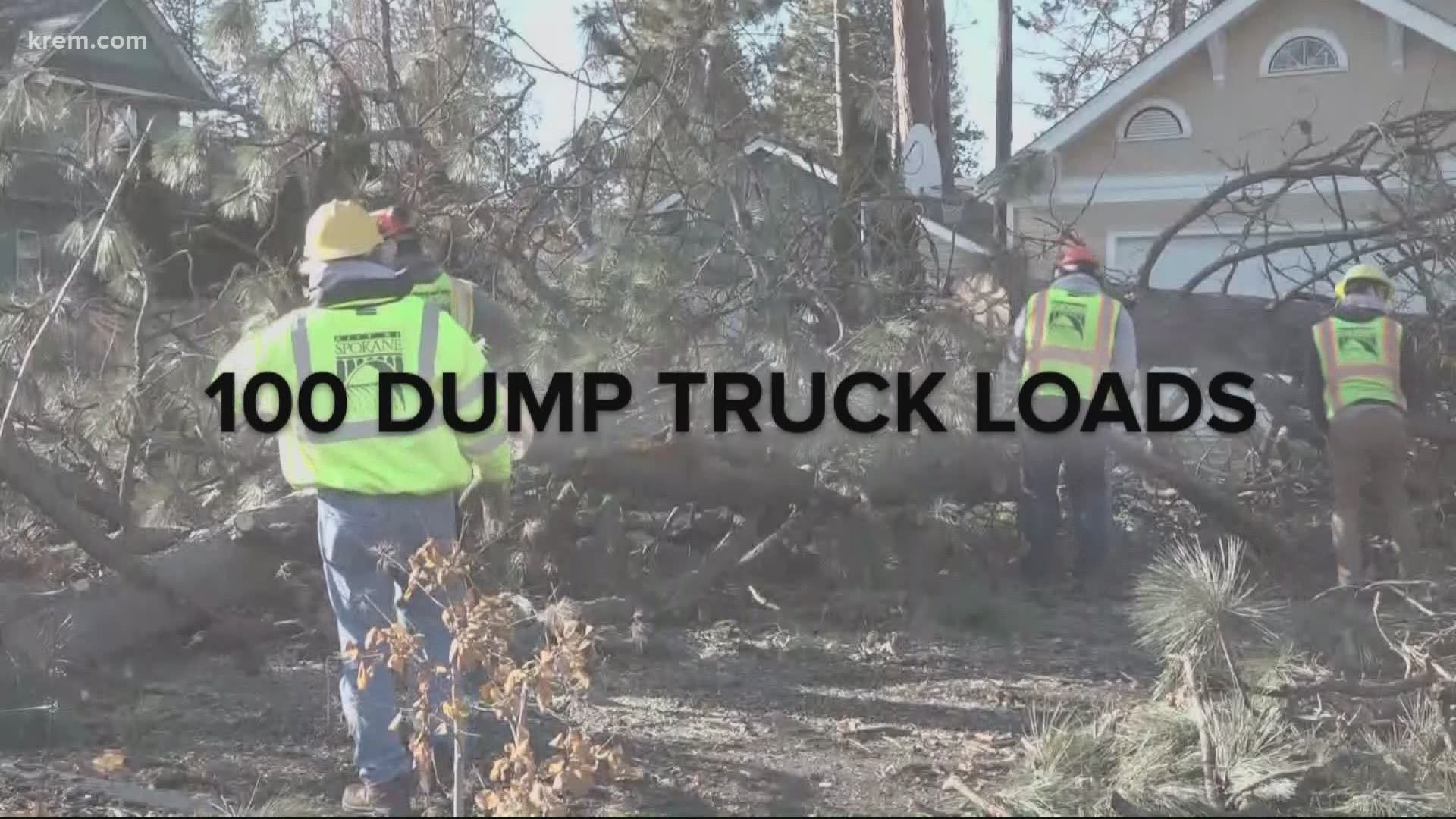 SPOKANE, Wash. — Another round of strong winds in Spokane on Sunday night marked the third time a noticeable windstorm hit the region just this year.

The question remains: Have windstorms become more common in Spokane in recent years? The "windstorm" definition is somewhat vague, saying that it's "a storm with very strong wind and may or may not be accompanied by rain or snow." There's no mention of peak wind speeds or amount of damage that are caused by windstorms.

KREM asked the National Weather Service in Spokane about windstorm history. The office keeps track of the number of days when peak wind gusts were above 40 mph at the Spokane International Airport. Over the past 10 years, Spokane averages about 16 of these days a year between September and April.

This is where a bit of data interpretation and social science come into play. First of all, 40-mph peak wind gusts is a fairly low threshold for these events. Minor and isolated damage is possible at about 40-45 mph with far more widespread damage likely once winds hit 60 mph or greater.

Spokane's worst windstorm in November 2015 had wind gusts up to 71 mph. That was also matched in the January 2021 windstorm. But Sunday night's wind were only 47 mph.

We tend to have a short memory of weather event that are more mild. A string of windy days together may make it seem that it's becoming more common. But we tend to forget that this happens frequently enough each year. We're not going to remember every mildly windy day in Spokane, but the big events will stick more firmly in our minds.