When will smoke clear in the Spokane area? Improvement expected Saturday

Air mass replacement coupled with scattered showers in the Spokane region will vastly clear out the wildfire smoke and lead to far better air quality. 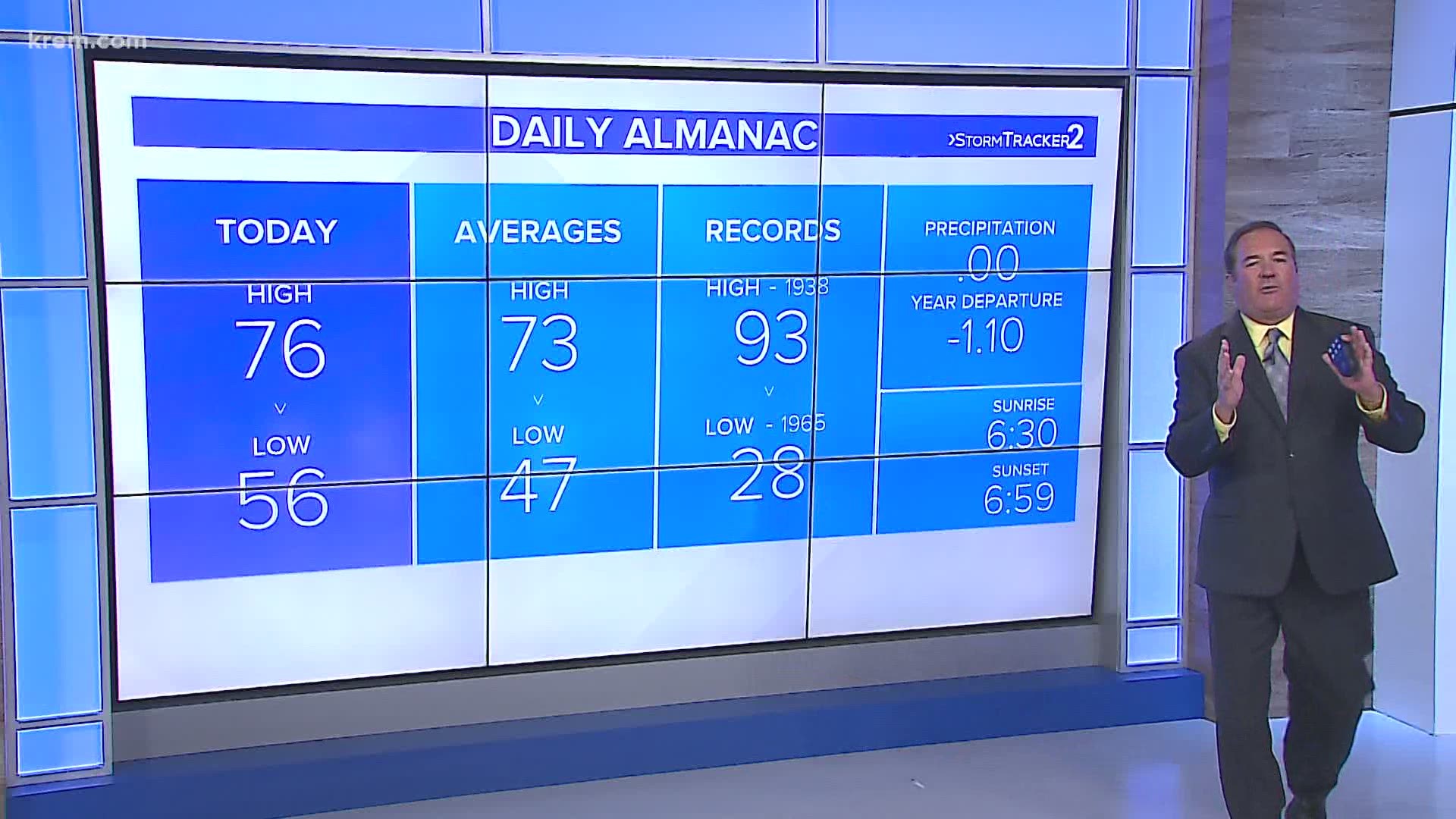 SPOKANE, Wash — The air in the Spokane area has ranged from hazardous to unhealthy since last weekend but forecasters say changes are on the way.

An Air Quality Alert has been extended for the Spokane area through 10 a.m. on Saturday. Air quality is sitting in the very unhealthy range on Friday afternoon and will likely stay that way throughout the day until some rain starts to fall for the region.

But Saturday morning should be the latest the poor air quality stays in the Spokane area, as forecasts show the air quality improving between 6 a.m. to noon on Saturday.

This is because of a weather system that's been lurking off shores all week will finally arrive in eastern Washington. The air mass replacement coupled with scattered showers in the region will vastly clear out the wildfire smoke.

By Sunday morning, most of the air in eastern Washington should be in the good to moderate ranges apart from areas located near fires, according to the Washington Smoke Blog.

Typical September temperatures will also arrive in Spokane once the smoke clears. Lows will be in the low 50s and occasionally the upper 40s, with highs ranging in the 70s for all of next week.

Your photos of smoky skies around the Inland Northwest

The air quality index hit 479 out of 500 on Sunday, according to records from the Spokane Regional Clean Air Agency. On Saturday, measurements indicated that number was 368 at its peak — which is still well within the hazardous range.

According to the agency, the highest number on the air quality index before the past weekend was 257 on Aug. 19, 2018. That year was one of the smokiest on record in Spokane.

The last time Spokane saw air quality above the moderate range was on Aug. 7, 2019, when it fell into the unhealthy for some groups category.

The data from the Spokane Clean Air lists every day since 1999 that air quality was above the moderate range due to wildfire smoke or other factors. The agency began monitoring these numbers shortly after the Environmental Protection Agency established a health-based standard for fine particle pollution.