Last summer, Aaron Ansel was a newcomer to the Pacific Northwest and he felt like he was having a heart attack but wasn't sure why. 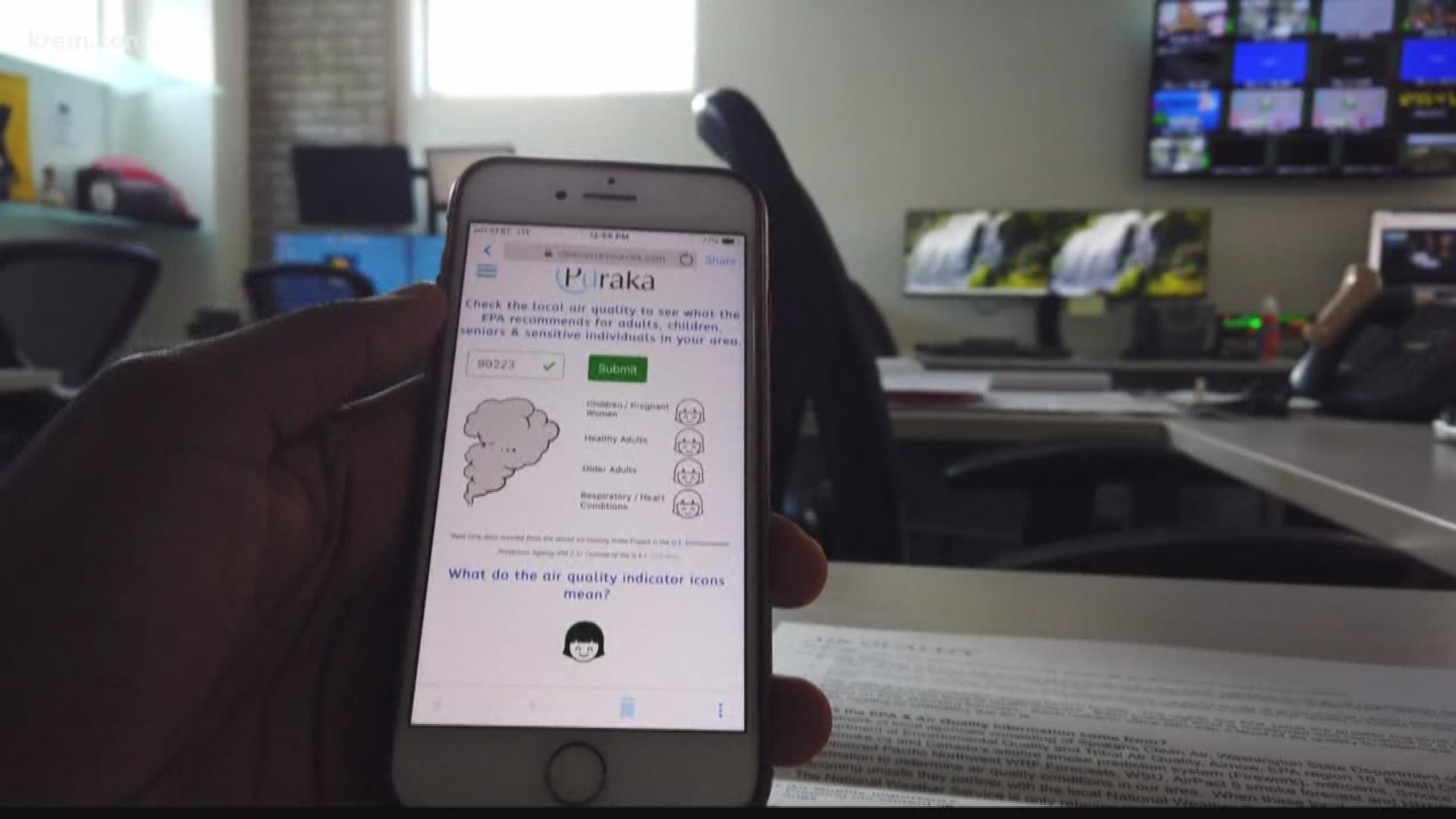 SPOKANE, Wash. — Planning for wildfire smoke just got a lot easier thanks to a web app that monitors the levels of air quality.

The apps name is Puraka and it’s a yoga term for the inhalation of air while breathing.

Last summer, Aaron Ansel was a newcomer to the Pacific Northwest and he felt like he was having a heart attack but wasn't sure why.

When he found out it was due to poor air quality caused by smoke. It prompted him and his business partner Andrew Enke to give a heads up to those who are more vulnerable to the conditions.

“What we wanted to be able to do was help people who are in the sensitive groups to get that advanced notice because it's most important for them even when the air quality hasn't reached a level where it’s unhealthy enough for healthy adults,” Ansel said.

When the smoke has built up like it has, pregnant women, senior citizens, and children are a few of the groups that should use caution.

The app was designed to be easy for anyone to use and there's no charge to get signed up for alerts. All that's required is a zip code, name, and phone number for the services to begin.

RELATED: Why is wildfire smoke so bad in the Spokane area?