Moon, Mars and Earth to align before dawn on Tuesday

An eclipse-like event will cause Mars to vanish from the sky over North America early Tuesday morning. 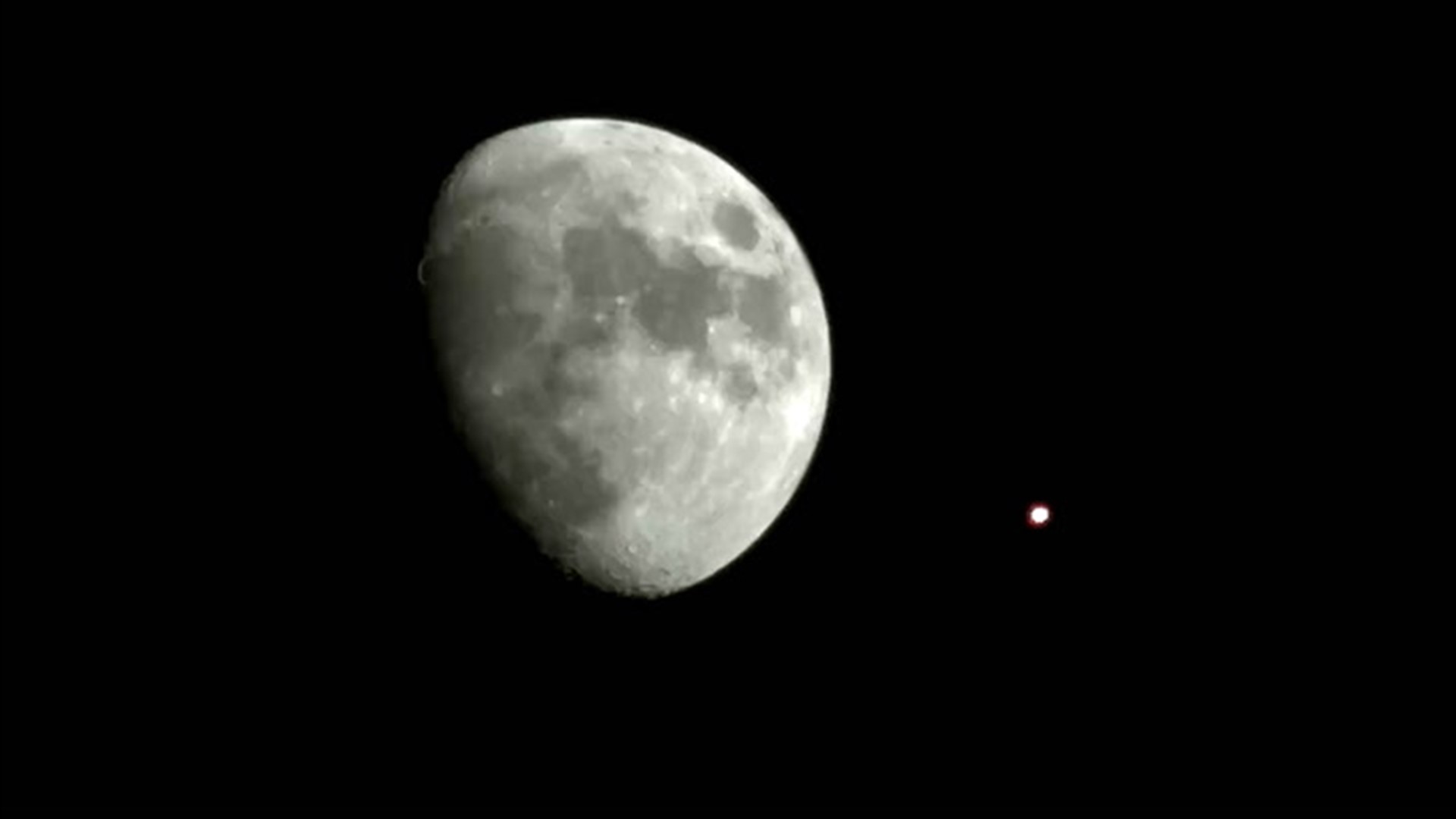 An eclipse-like event will cause Mars to vanish from the sky over North America early Tuesday morning in a rare event known to astronomers as a lunar occultation.

"A lunar occultation involving a planet is a rare event," AccuWeather Astronomy Blogger Dave Samuhel said. "There are only a few per decade as seen from any given spot on the globe."

People do not need a telescope to see the event as the moon and Mars are both bright enough to see with the unaided eye, but knowing when to look will be extremely important -- as will the weather conditions (more on that below). The exact time that Mars will vanish behind the moon and reappear on the other side depends on your precise location.

For folks across the eastern United States, the occultation will take place after sunrise, which will make it a bit more difficult to see during the daylight.

Those across in the Plains and Rockies will have a better view as Mars will disappear behind the moon in the dark, pre-dawn sky, and will reappear around sunrise.

The western U.S. may be one of the best areas of the country to see and photograph the occultation. Although the event will begin when Mars and the moon are both out of sight below the horizon, the Red Planet will emerge from behind the moon well before the light from the sun brightens the sky. Click here for specific timing for hundreds of cities across the United States, courtesy of Sky & Telescope.

In addition to knowing what time to look to the heavens to see Mars and the moon align in the sky, people will also need cloud-free conditions. Unfortunately, a far-reaching storm may spoil the short-lived show for many across the central and eastern U.S.

"We are looking at cloudy and rainy weather in the morning from eastern Texas through the Southeast and northward into the Midwest," AccuWeather Senior Meteorologist Alan Reppert said.

"Some clouds will be around the rest of the East Coast."

Clouds may also be problematic for the northern and central Rockies as some snow falls over the region.

"The only areas that look to be clear will be in the central and southern Plains and also in the Southwest," Reppert said.

Although special equipment like a telescope is not needed to see Mars and the moon, having one will add to the experience. This is especially true for areas of the eastern U.S. where the event will take place during the light of day.

A common pair of binoculars will also work to get a closer look at Mars and the moon in the sky, although people may need to have a steady hand to get a good look.

Tuesday's event is one of the top 10 astronomy events of 2020, and the only one of its kind visible from North America.

Other areas of the world will be able to see similar events throughout the year, including a lunar occultation of Mercury across Europe on Dec. 14, according to the National Astronomical Observatory of Japan.