This weekend's full moon is the last of three big astronomy events taking place this month. 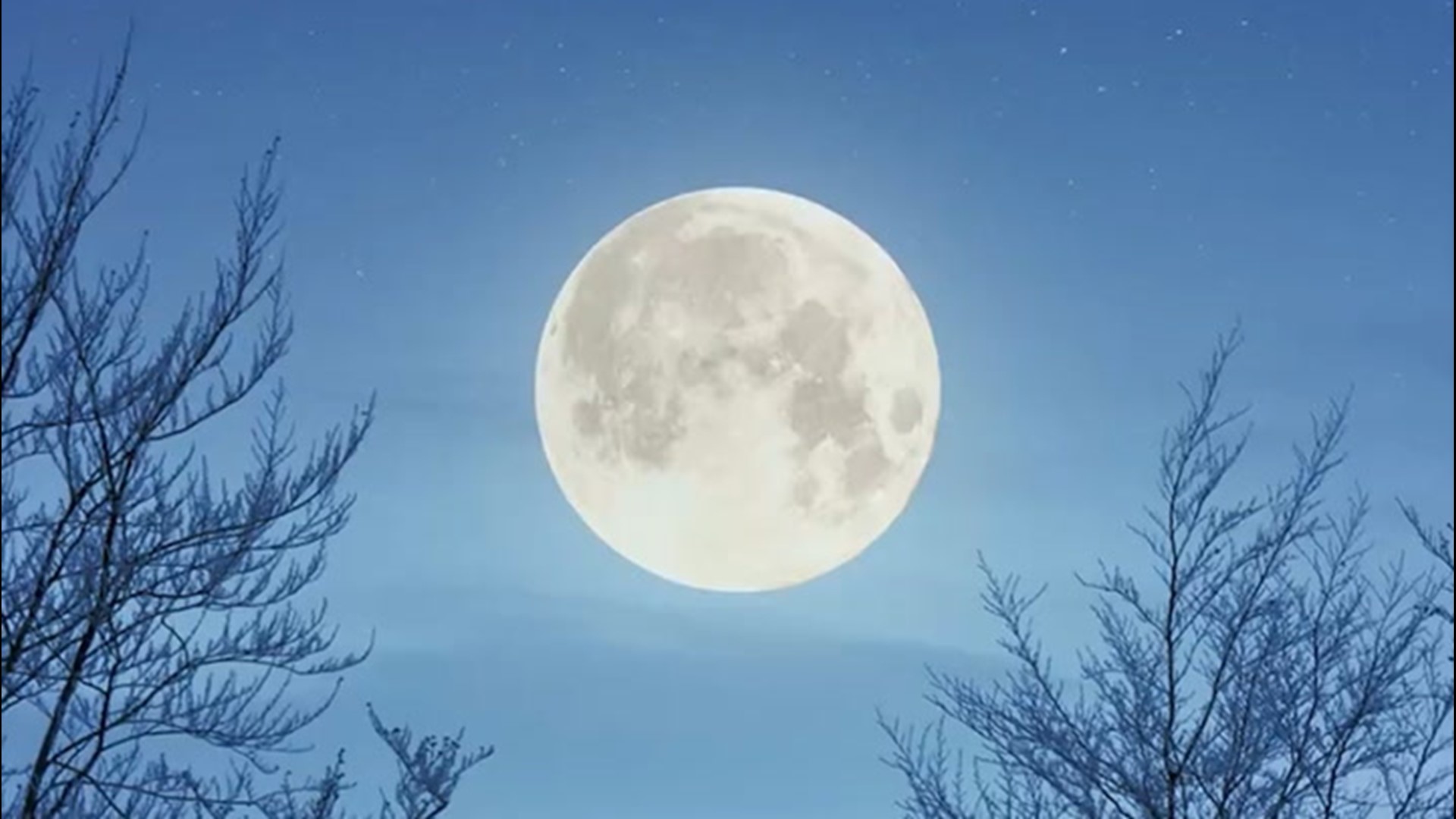 Stargazers of all ages stepping outside on Sunday night will be able to see the first full moon of the new season -- one that has been given a nickname based on the milder spring weather.

This weekend's full moon is the last of three astronomy events taking place this month, and it will be the easiest of the three to see unless Mother Nature spreads a blanket of thick clouds across the sky.

The full moon will first appear right around sunset on Sunday in the eastern sky and will glow all night long, eventually setting in the west around sunrise on Monday.

March is a transitional month with the days growing longer and warmer as the Northern Hemisphere heads into spring. The changing environment has inspired the nickname given to March’s full moon -- the Worm Moon.

As the name would suggest, the Worm Moon refers to the earthworms that appear as the soil gets warmer in the spring, according to The Old Farmer's Almanac.

The Worm Moon is just one nickname given to March's full moon. Other names include the Eagle Moon, the Goose Moon, the Sugar Moon and the Wind Strong Moon.

Next month's full moon will be slightly bigger and brighter than normal as April will feature the first of three supermoons in 2021.

RELATED: Forecast for spring: Nasty drought worsens for much of US