The combination of wildfire smoke, dense rain clouds and a cold front temporarily wrapped Brazil's largest city in a blanket of darkness. 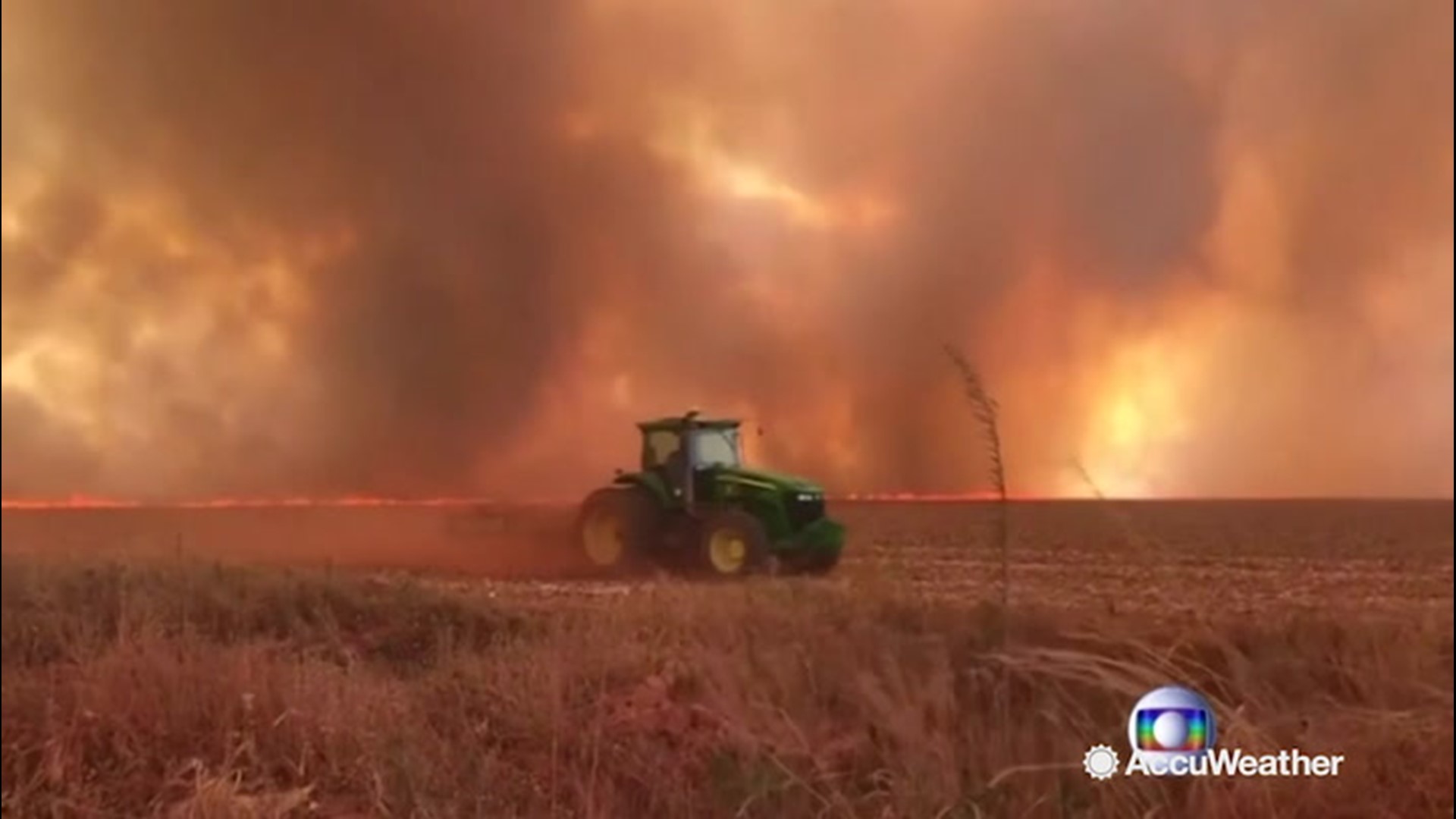 On a busy Monday afternoon in Brazil, residents of Sao Paulo suddenly found themselves left in the literal dark. At 3 p.m. local time, cars, businesses and homes were forced to flick on their lights as day became night.

Similar to a phenomenon that has also popped up in areas of Siberia this summer, the combination of wildfire smoke, dense rain clouds and a cold front temporarily wrapped Brazil's largest city in a blanket of darkness.

"The smoke didn't come from fires in the state of Sao Paulo, but from very dense wildfires that have been happening for several days in Rondônia and Bolivia," Josélia Pegorim, a meteorologist with Brazilian TV channel Climatempo said in an interview with Globo. "The cold front changed direction and its winds transported the smoke to Sao Paulo."

RELATED: Smoke from Amazon rainforest fires can be seen from space

AccuWeather Senior Meteorologist Eric Leister noted that the shift in the cold front also brought thunderstorms and temperatures that were far lower than average.

"A cold front moved through the area on Sunday causing a wind shift that brought smoke into the area," Leister said. "The Sao Paulo area then had a thunderstorm on Monday afternoon which combined with the smoke to cause the dark skies and poor visibility."

The effects of the the dense smoke made for a surreal spectacle. Video footage shot by Marcus Mendes, a Sao Paulo resident, showed the extent of the darkness that overtook the city in the middle of the afternoon. In an email to AccuWeather, Mendes said the weather there changed rapidly throughout the day.

"I thought we were about to get hit with a heavy storm, but instead of raining it just kept getting darker and darker," said Mendes, a 34-year-old podcast host. There was no thunder and lightning, he added, "which I also thought was weird for what at first looked like a pretty bad storm forming."

By 3:55 p.m. local time, it was as dark as night and he shot video of the scene from the window of his high-rise apartment, overlooking the southeast portion of the city near Congonhas Airport.

"When I posted the video online, people asked me if there had been an eclipse," Mendes said. After about 40 minutes, he said, light began to return and rain started falling.

In Rondônia, Brazil, the largest wildfire has been burning for more than three weeks and has sparked a huge cause for concern online. The hashtag #PrayforAmazonia has been trending on Twitter and has garnered over 209,000 tweets as of Wednesday morning.

This week, hundreds of fires burning across the region were sending enough smoke into the atmosphere that NASA satellites were picking it up in images.

RELATED: Smoke from Amazon rainforest fires can be seen from space

According to Brazil's National Institute for Space Research, the country has seen a 70 percent increase in fire outbreaks in 2019 compared to the same period in 2018. Experts have argued that there are no natural factors that could increase these wildfire rates and that humans are the only ones to blame.

"This year we do not have an extreme drought, as there was in 2015 and 2016," Ane Alencar, director of science at the Amazon Environmental Research Institute, told UOL.com. "In 2017 and 2018 we had a sufficient rainy season. In 2019, we have no weather events that affect droughts, such as El Niño ... There's no way the weather can explain this increase."

However, Brazil President Jair Bolsonaro has denied those findings, arguing instead that the data was full of lies that could threaten the country's stance in trade markets. Bolsonaro told reporters that the fires are due to farmers intentionally setting blazes for agricultural purposes.

Wildfires have also increased in Mato Grosso and Para, two other Brazilian states that are notable for their agriculture. While igniting small fires to clear space has been a historical practice in certain areas, the rapid growth and uncontrollable spread of those blazes has been a recent issue.

The National Institute of Meteorology (INMET) in Brazil also traced the darkened Sao Paulo skies to wildfires in Paraguay and Bolivia. The combination of weather factors, along with the impact of human activity, created the perfect recipe for darkness on Monday afternoon.

While the startling darkness lingered over Sao Paulo for just a little more than an hour on Monday, the light being shone on the impacts of deforestation are just beginning to surface. As Bolsonaro continues to push for policies that will only increase deforestation efforts, this may not be the last time cities like Sao Paulo find themselves in need of light.

This story was originally published on AccuWeather.com.