'I never, ever, ever want to be in another storm again' | Alabama residents recount riding out Hurricane Sally

Hurricane Sally has come and gone, but it will have long-lasting impacts on the Gulf Coast. 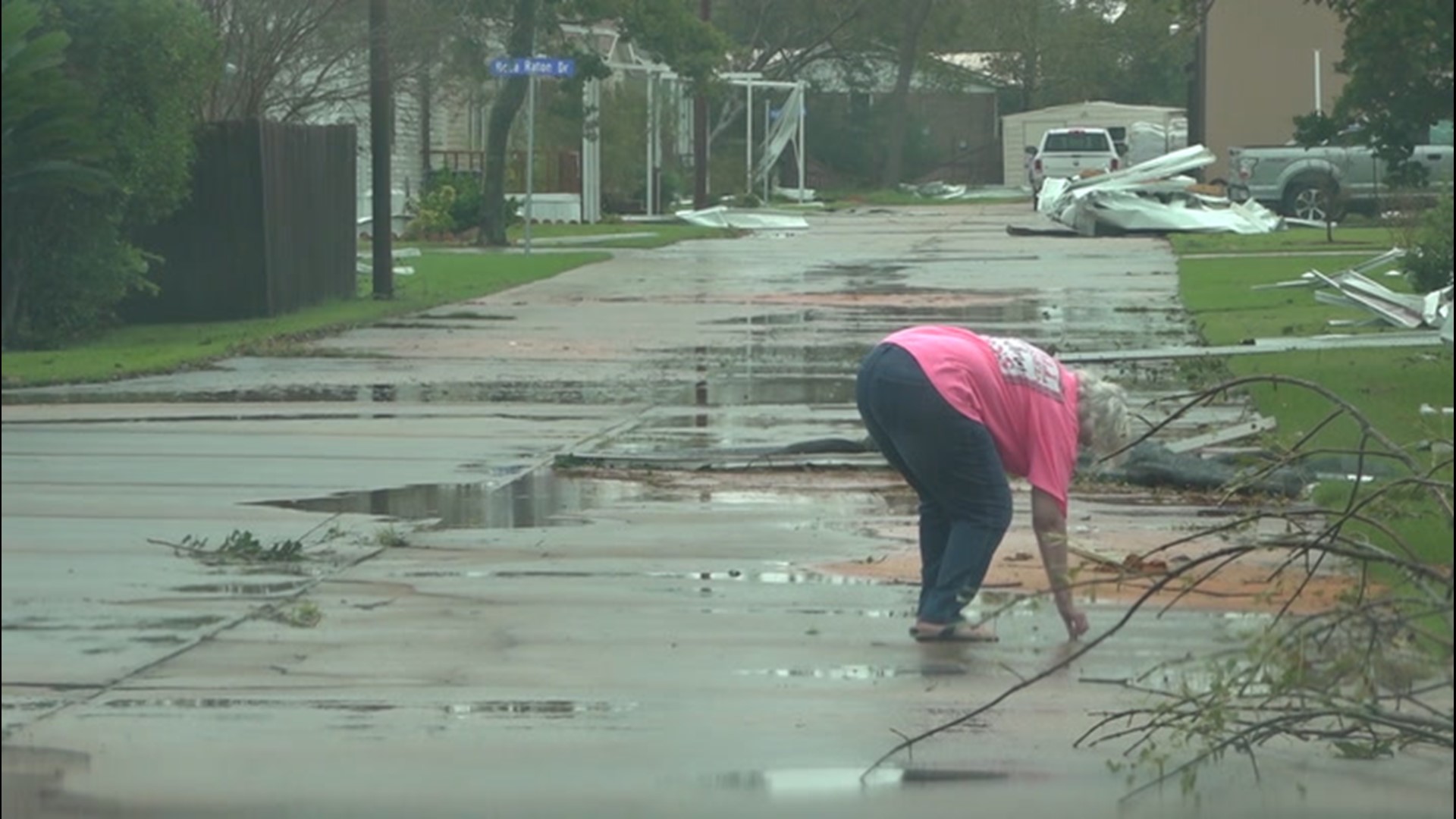 Hurricane Sally has come and gone, but it will have long-lasting impacts on the Gulf Coast and in the lives of those who rode out the storm.

After spending several days churning over the eastern Gulf of Mexico, Sally made landfall early Wednesday morning as a Category 2 hurricane over Gulf Shores, Alabama, ushering substantial storm surge and flooding tropical downpours across the region.

More than 1 million people were affected by the storm, which has led to at least one fatality as of Thursday afternoon.

Sally was the eighth tropical system to make landfall in the U.S. this year, but it was the first hurricane experience for one family that rode out the storm in Fairhope, Alabama, just a few miles north of where Sally roared ashore.

"I really didn't expect it because so often you get told that one's coming and you prep and you do everything and then it's almost nothing," Fairhope resident Terri Phipps told AccuWeather National Reporter Bill Wadell. "But there was a different energy in the air like it was buzzing."

Located along Mobile Bay, the family in Fairhope is glad that they took Sally seriously. The storm may not have been considered a major hurricane on the Saffir-Simpson Hurricane Wind Scale, but it unleashed a tremendous amount of rain on top of the inundating storm surge along the coast of the bay.

"We got all prepped up, thank goodness we did," Phipps said. "It was pretty crazy."

Other residents in Fairhope were not ready for Sally like Phipps was.

"I've been through storms before so I kind of knew what to expect and what to look for. I wasn't prepared for this one because I didn't think it was going to do all this," Marla Hinton told Wadell. "Next time I'll better prepare."

Hinton was in her home on Wednesday night and told AccuWeather what it felt like as conditions deteriorated in the middle of the night as Sally neared landfall.

"When I was laying in my bed, it felt like the trailer was going to take off," Hinton told Wadell. "I kept hearing things but, of course, you can't see."

These are just two of countless families across the region that have been told to expect the possibility of being without power for several weeks as crews work to gradually repair the damaged infrastructure.

Closer to the coast where Sally made landfall, Wednesday night seemed like it was straight out of a nightmare. Abby Grimes, who was in Orange Beach, Alabama, just a few miles east of Gulf Shores, was shaken up after the worst of the storm had passed.

The flooding and storm surge overtook the house, sending Grimes into a panic. "It was coming through the walls, it was coming into my room," Grimes told AccuWeather National Reporter Jonathan Petramala.

"I just started crying, I got really emotional, I was just thinking ‘This is it, I don't know what to do.'"

Another family nearby had to flee, not because of flooding, but because of a fire. It is unclear how the house fire started, but the structure burned to the ground, Petramala reported. With the storm surge leaving the entire area underwater, firefighters couldn't get to the house in time to put out the fire.

Sally has left the Gulf Coast, but the long road to cleaning up after the storm has just begun. One challenge is not only to clear debris and fix damaged homes, but also to find property that was washed away, particularly boats.

"You see $100,000 boats stacked on top of each other in the middle of the road," Alabama resident Mark O'Connor told Petramala.

"I was standing on the porch when the pontoon boat started coming across, and if it had not been for the road, it would have ended up in our front door," O'Connor added.

Even after someone locates a lost boat, getting it back home may be a little tricky.

In some cases, large machinery had to be used to move boats that were clogging roadways.

Residents that did evacuate ahead of Sally's landfall and returned home on Thursday were shocked at the extensive damage across the region.

"It's scary, the uncertainty of everything and the fact that it lasted so long, it was just extraordinary," Susan West, resident of Gulf Shores, Alabama, told Wadell. "I never, ever, ever want to be in another storm again." 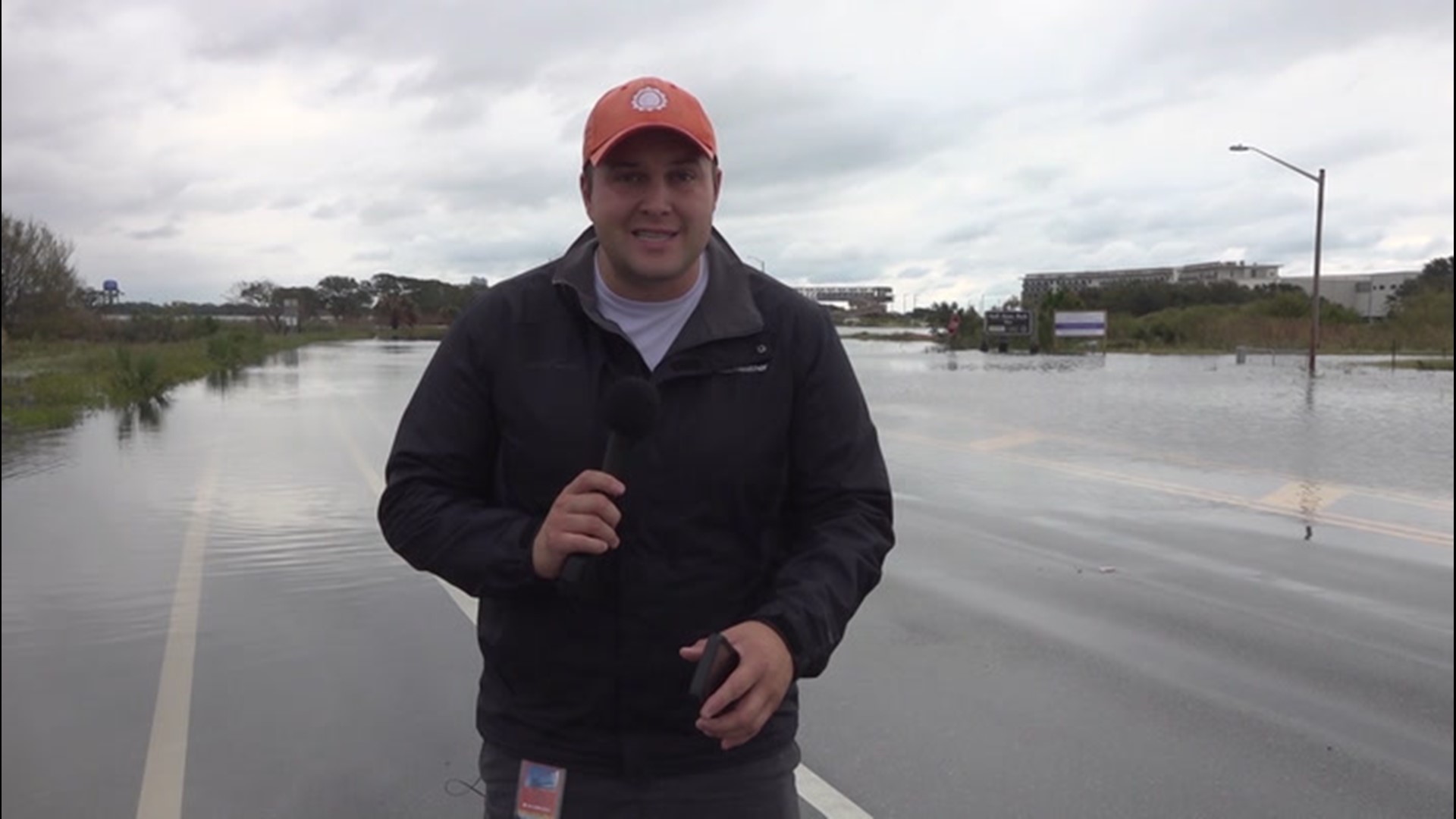