Washington's smallest town has a population of 12, but a lot of humor

You might have driven through without even knowing. #k5evening 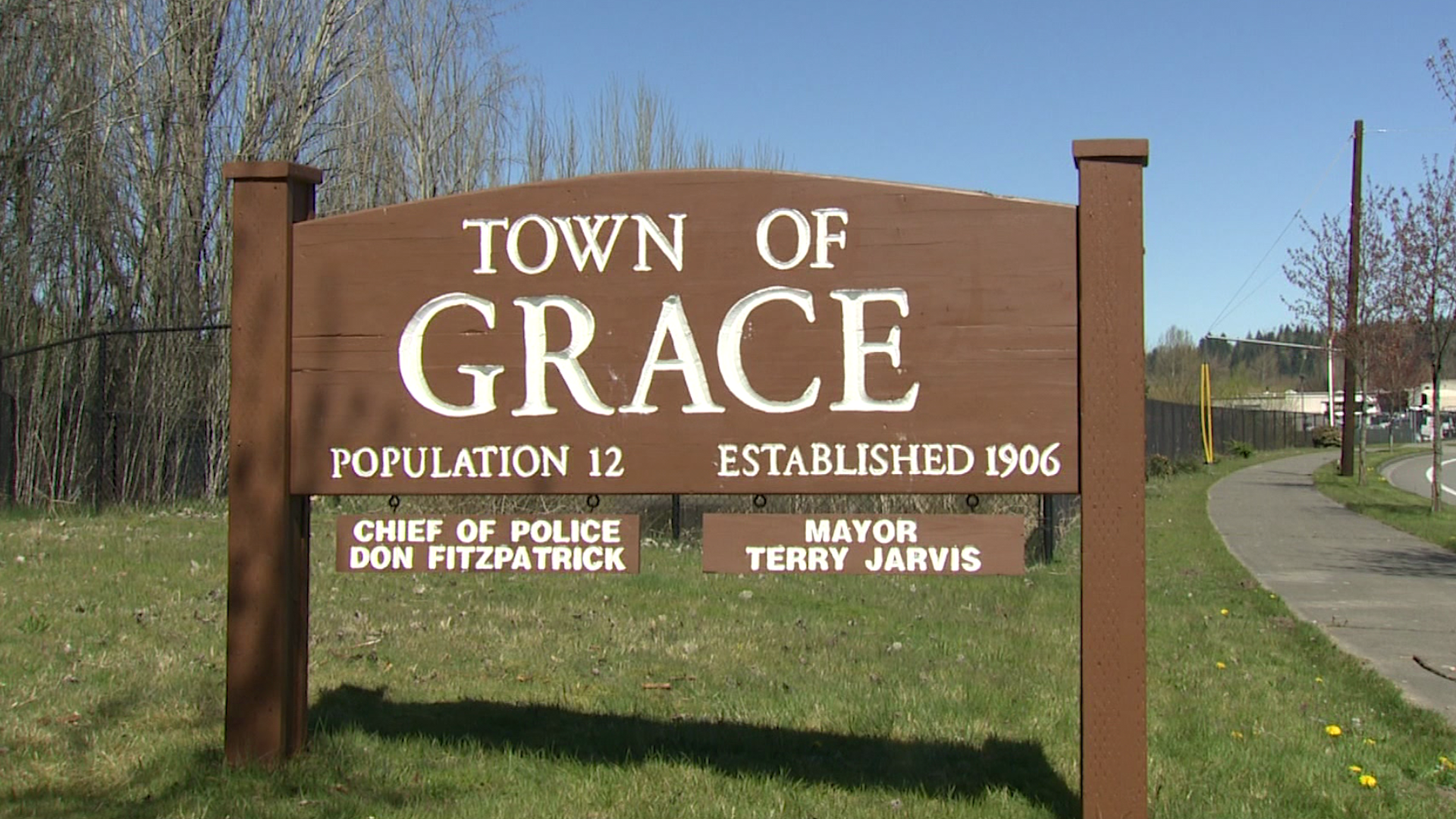 The town aptly called Grace was established in 1906 sits on the King County and Snohomish County line. At only 0.6 miles long, one can meander the whole town in about ten minutes.

"We have a population of 12 and we're very proud of it," said resident Terry Jarvis. "I know everybody in town by name."

"The good thing about being the Mayor of a small town like this, you're the Mayor for life. You don't have to have expensive elections. All the voting people in Grace work for me anyhow so it doesn't make a lot of difference."

You won't find any Tesla charging stations around here but you will find a sense of humor. A constantly updating sign around town gives residents and passersby something to chuckle about.

Credit: KING 5
You're sure to find a little bit of humor in the town of Grace

"The signs are an important part of the town. Our theory behind the signs is everybody's fair game that we pick on."

A pebble kick away from the sign is the "Duck Preserve." A stone's throw beyond that?

"A marina and two used car lots," continued Terry, "The bank we have is the Bank of Wishful Thinking. And the building also acts as a Toll Booth. People drive by and they throw money at our toll booth."

Another plus for residents? No taxes.

"We're totally tax-free and we use all the money we get for the general fund." That covers things like free ice cream bars at the neighboring Woodinville Self-Storage.

This unpretentious, pocket-sized town's pride and joy is something most wouldn't expect... Costco! Most people assume the membership-only shopping center is in Woodinville. But it's in Grace!

"We love Costco. We can go into a Woodinville city council meeting and we can say, 'We have Costco and you don't,'" Terry jokes.

And that's about the whole town.

With all this, don't even think about moving here.

"We don't allow anyone to move in unless someone goes out. That's the way we handle our population problems," said Terry. "This way they don't have to change the sign."