With hiking one of the few activities allowed under pandemic restrictions, the King County SAR president says that has translated to more rescues than ever before. 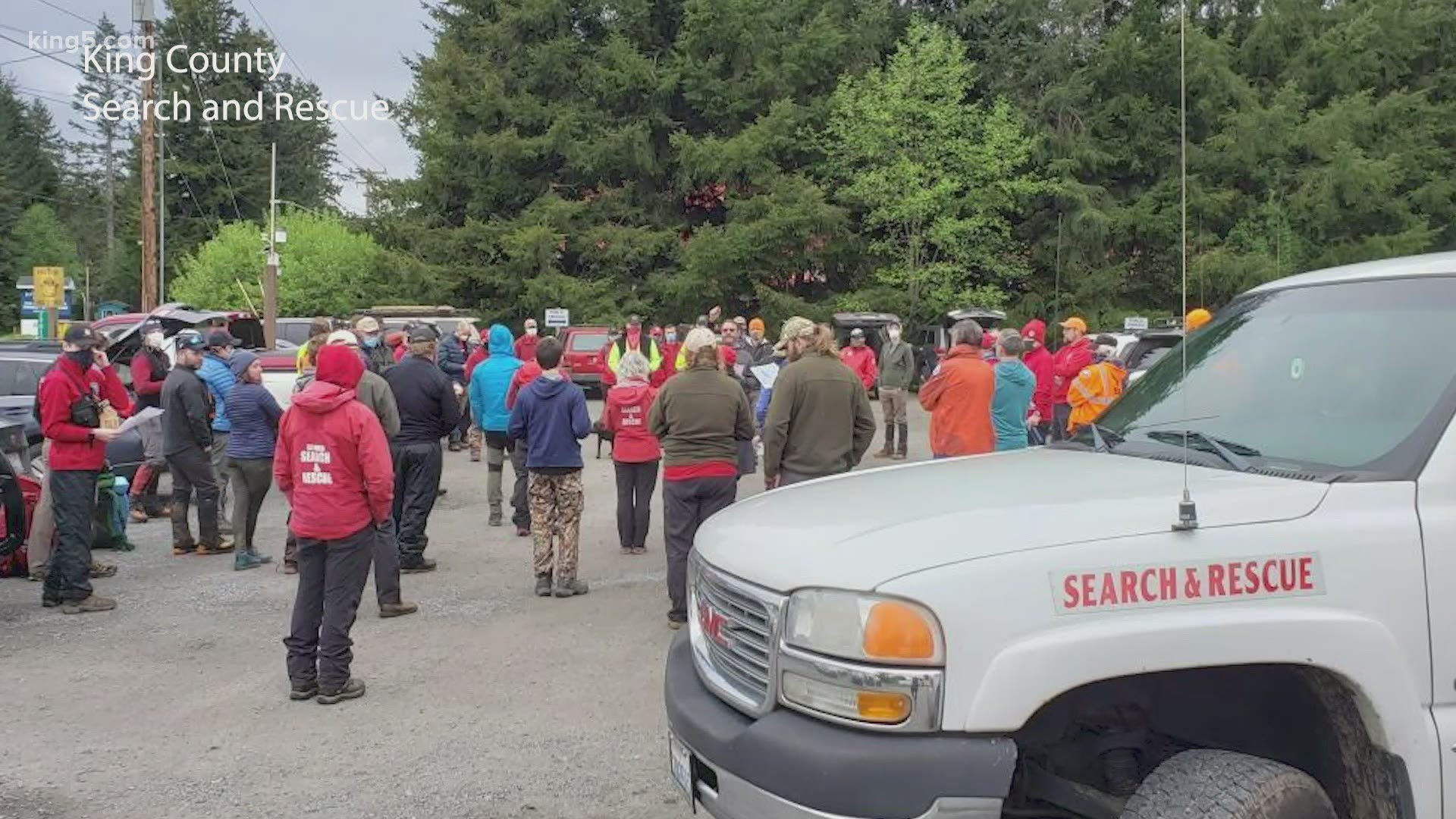 We're now approaching shoulder season, which is the time between the hiking season and the winter recreation season where landscapes shed their green and await a white coat.

It’s also a time for search and rescue volunteers to reflect on a new reality.

"It was pretty crazy," King County Search and Rescue President Jennifer Brenes said about this summer.

Even with a team of 600 volunteers, she said this was a beast of a year.

"Last year, our record number was 198. We have hit that now, and so anything from this point forward is in excess of a record-breaking year," she said.

Currently, the county is past 203 rescues.

Her team blames it largely on the pandemic. Over the summer, hiking was one of the only activities deemed safe and distanced.

Brenes said that brought out not only more hikers but more inexperienced people on the trails.

She said among the many calls were ones that had rescuers shaking their heads.

"Hiking in flipflops, poor choices of gear...it does leave us scratching our head, because it's so avoidable," she said.

Among the most common calls are ankle and knee injuries, not having a light source and getting lost.

"We have had rescued people who have stopped to take that social media picture and have stepped off a cliff. We see it happen more frequently than you would believe," she said.

Volunteers have also been pushed past their limits.

More calls have put burdened volunteers, which like us all have been impacted by the pandemic. They can’t train new volunteers as they have in the past. Some current volunteers have lost their jobs.

"Our volunteers often are leaving their job to go on these rescues, and you can only pull that card so many times with your employer before it starts to become a problem," Brenes said. "We're concerned about what the winter and next summer is going to look like possibly on reduced volunteers."

Other challenges include a lack of funding.

This year was the first year King County Search and Rescue was partially funded by local governments. They received $100,000 from the county.

That certainly helps, but it's not enough to cover everything, seeing as they save the county about $8 million every year, according to Brenes. They’re still having to fund a lot of their own gear themselves.

"Even our 4x4 rescue team, the gear on their vehicles, that's all on their dime. Our K-9 handlers, the training their dog receives, it's all out of their own volunteer pockets. So I'm not understating it, any volunteer in search and rescue is tens of thousands of dollars," she said.

There has been a pattern of more calls annually, and Brenes is worried about what the future will look like.

"I'm conflicted raising the alarm bell, because we are not alarmists. We stay cool, calm and collected during a crisis, right? But what’s happening right now with search and rescue is very concerning to me," she said.

As guaranteed as the changing of the seasons is, what the future has in store for search and rescue volunteers is uncertain. One thing that is certain is the driving force behind what keeps them going out on the trails, on calls, hoping to bring someone home.

"It's the satisfaction seeing a loved one reunited with their family," Brenes said. "Even if it's not a happy reunion, we brought them closure. I can't tell you how many times we've seen that expression on a loved one's face and you just know it was worth every bit of it."

RELATED: What you need to consider before going into the backcountry this winter