Concrete will be poured for parts of the substructure for the future North Spokane Corridor this week. 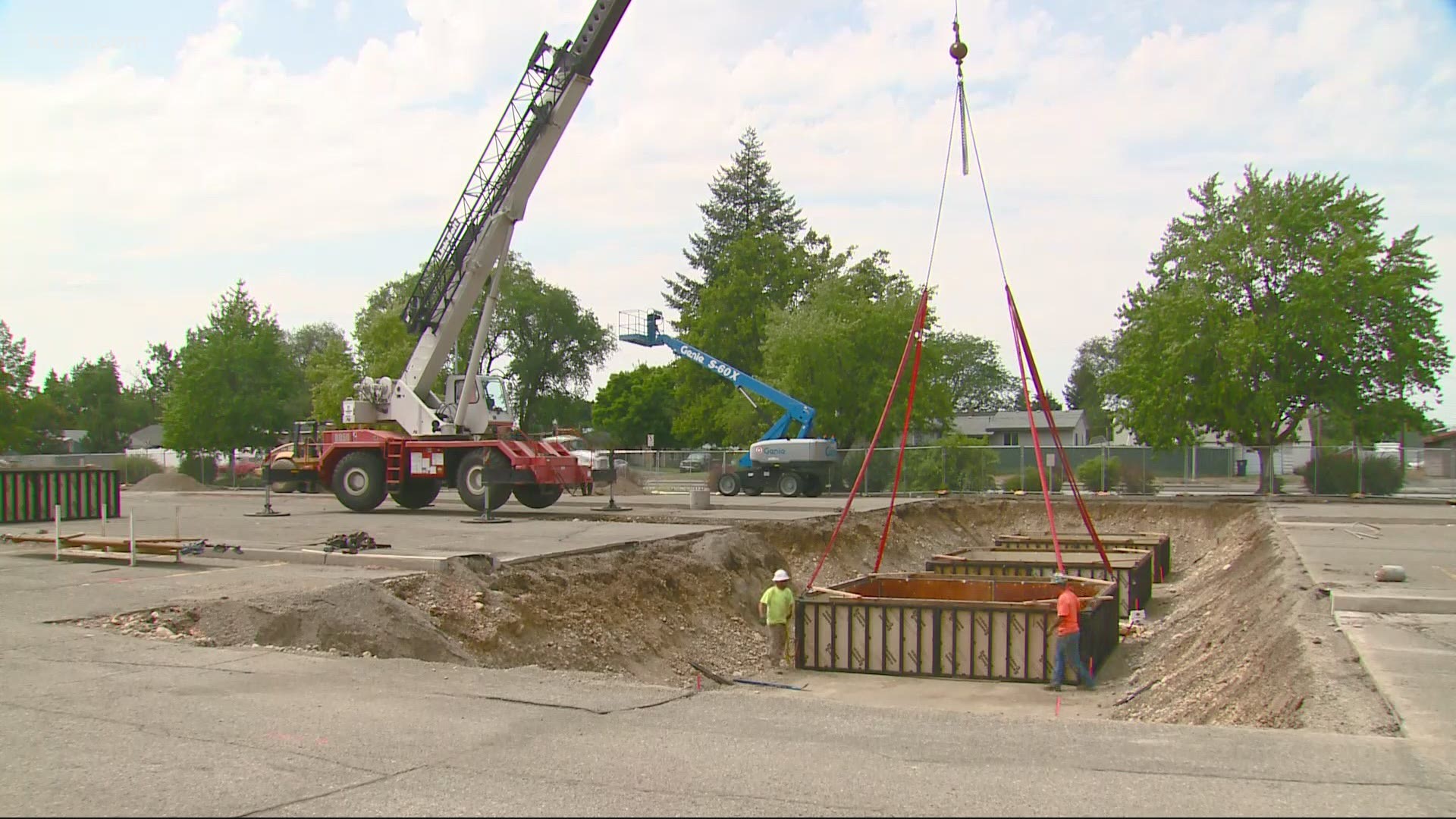 SPOKANE, Wash. — Construction has started again on the North Spokane Corridor after work was disrupted by COVID-19.

Spokane has wanted a North-South Freeway since the 1940s, and as the region continues to boom, demand for it has only grown.

According to WSDOT East, work started on the first project south of the Spokane River in the Spokane Community College parking lot on July 13. The first concrete will be poured for the footings of the substructure for the future North Spokane Corridor sometime in late July.

Its a welcome sight for local commuters.

"I feel like with these government projects, a lot of times that, they're kind of slow and they don't put the right amount of funds into getting the project done so we just have an eyesore for kind of a long time. I just hope that we can get it done soon because I like seeing us be efficient right," said Colby Hair, a Spokane resident.

A flyover is being built over the Spokane Community College campus. A flyover is basically a type of bridge that acts as an overpass. It will offer six lanes in total for commuters. While the part of the bridge over the school's campus may seem high, its relatively short compared to other parts of the project.

"So through this section over the Spokane community parking lot will be roughly 25 to 30 feet [high] once its completed," said WSDOT Spokesperson Ryan Overton. "This will kind of be the low spot as it works its way south, and then as it starts to hit Freya, the freeway will rise once again."

Commuters should see progress being made almost everyday, according to Overton, who also said crews will work north to south on this part of the project. Parts of the bridge will take shape this year, while the actual bridge deck that cars drive on will take shape next year.

There are 10 footings total for the bridge in the area of the Spokane Community College campus, with each footing having four columns for a total of 40 columns. According to Overton, the bridge will have some local flair.

"Some cool aspects of the design that is going into this, all of the piers are going to have stamped designs going on them. So, one will be like the Red Band Trout, another will be a Ponderosa Pine, so kind of aspects of the community and things that are unique to the Inland Northwest," said Overton.

It isn't the only portion of the project currently being worked on. Crews are nearing completion of part of the project on Wellesley Avenue, which Overton said should reopen next year. Until then, Overton said commuters shouldn't worry, as Wellesley and Euclid avenues will never close at the same time.

The entire North-South Freeway project consists of 10.5 miles of freeway. When complete, it will be a 60-mile-per-hour freeway and connect I-90 on the south end to the existing US 2 (at Farwell Road) and US 395 (at Wandermere) on the north end.

Talks about this project have gone on for decades. In 2001, we finally saw some momentum, but over the last 18 years there have been challenges slowing them down between funding, environmental studies, right of way acquisition, public hearings and weather.

The timeline has been pushed back a bit. Completion of the freeway is now expected in late 2029, rather than early 2029.