Public feedback on the proposed closure shows 54 percent support closing the Freya on ramp. While 46 percent do not support it. 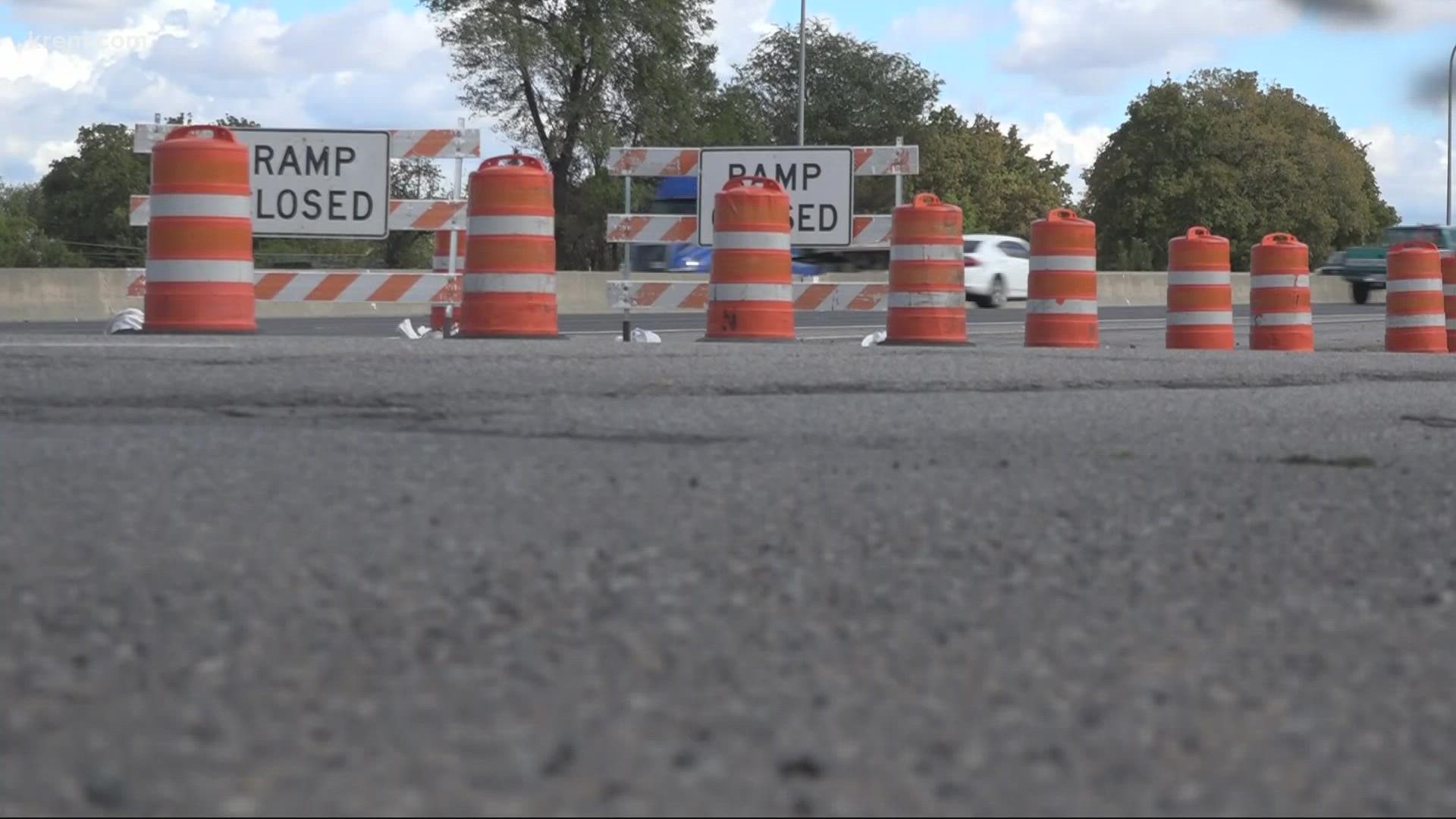 SPOKANE, Wash — The Freya eastbound on ramp has been closed since the end of June and will remain closed until construction to connect the North Spokane Corridor to Interstate-90 begins.

WSDOT said it is considering the permanent closure to further reduce collisions and improve travel time on I-90.

Traffic Engineering Manager Glenn Wagemann said prior to the pandemic and Spokane's ramp meters, I-90 congestion would build everyday around 3pm from the eastbound Freya on ramp. It would slowly build from there all the way back to Highway 195, lasting about two hours.

He admits, there is still some congestion when the Freya on-ramp is closed. But he said closing the ramp and using ramp meters is improving the flow of traffic through this stretch of I-90.

"Since it has been closed, we see no congestion backups from that," Wagemann said. "What we also see is that speeds that were 39 miles an hour when the ramp was open are now at 59 miles an hour. That's during the pm commute. So we have speeds that are more at free flow and their steady."

Public feedback on the proposed closure shows 54 percent support closing the Freya on ramp. While 46 percent do not support it.

"I-90 folks are saying, yeah, it just creates all that weaving slowing down," Wagemann said.

According to WSDOT, there are provisions in the North Spokane Corridor for a Freya on ramp with construction expected to begin in 2023.

The options the North Spokane Corridor office is considering include a short bridge or keeping the Freya ramp closed and using the Custer on-ramp as it is used today.

"We're going to have to approach this in stages to be able to do the connections," Bob Hilmes, North Spokane Corridor office said. "We have got to maintain traffic movement throughout the work. And to do that, they've got a sequence to where they can make that work."

You may notice a September 19 end date for the ramp closure posted at the Freya on-ramp. WSDOT explained that sign pertains to the closure needed to pave I-90 from Hamilton to Sprague. This was supposed to wrap up on Sunday, but it is still active.

Under the contract of that project, the ramp will remain closed until the project is completed. Outside of this, WSDOT is going to continue to further its public engagement and seek public input on the ramp closure.

A decision on a permanent closure of the eastbound Freya on-ramp will be made at a later date, which has not yet been determined.