Unknown gas leaking from truck on I-90 identified as Econobrite

Econobrite is an industrial aluminum cleaner. Around two gallons of gas were leaked. 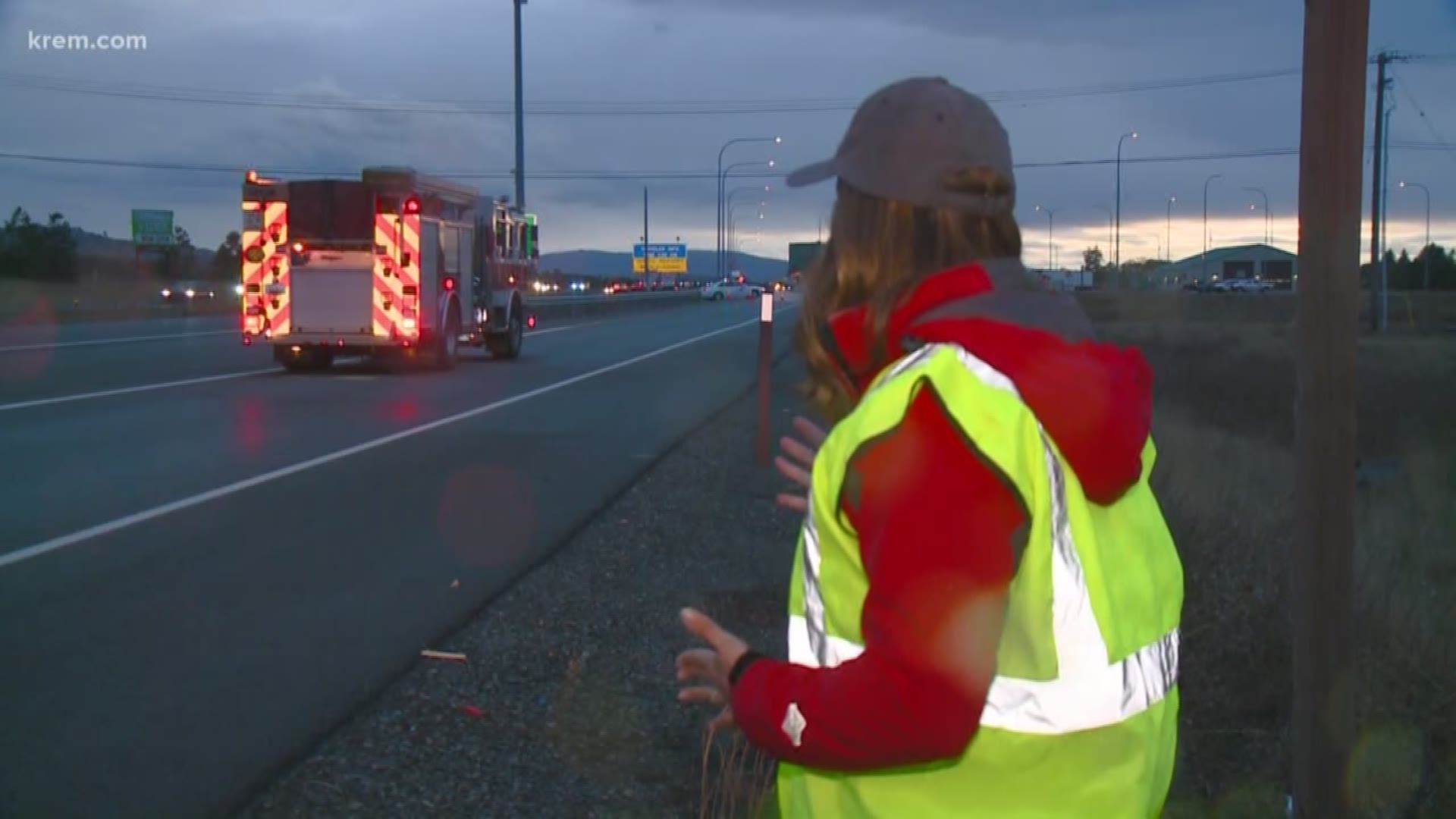 SPOKANE VALLEY, Wash. — The unknown gas leaking from a semi-truck on I-90 near Stateline on Thursday has been identified as Econobrite, an industrial aluminum cleaner.

The main ingredients in Econobrite are Hydrosulfuric Acid and Hydrofluoric Acid.

A Hazmat team was able to trace the leak to one of two separate 250-gallon totes. The tote had a small stress crack in the plastic and was seeping gas. The trailer was repositioned and a patch was applied to the container.

About two gallons of gas were leaked before the patch was applied.

Crews responded to the weigh station after the gas began to leak from a truck around 5:15 p.m. Thursday. Washington State Patrol said it was a minor leak.

The situation did not impacting traffic on I-90, aside from shutting down the Stateline weigh station for several hours.

RELATED: City of Spokane has cleaned up 680 tons of debris since freak snowstorm