I-90 reopened after it was shut down for the second time in response to a wildfire near the roadway Friday. Level 3 evacuations were also lifted in Kittitas County. 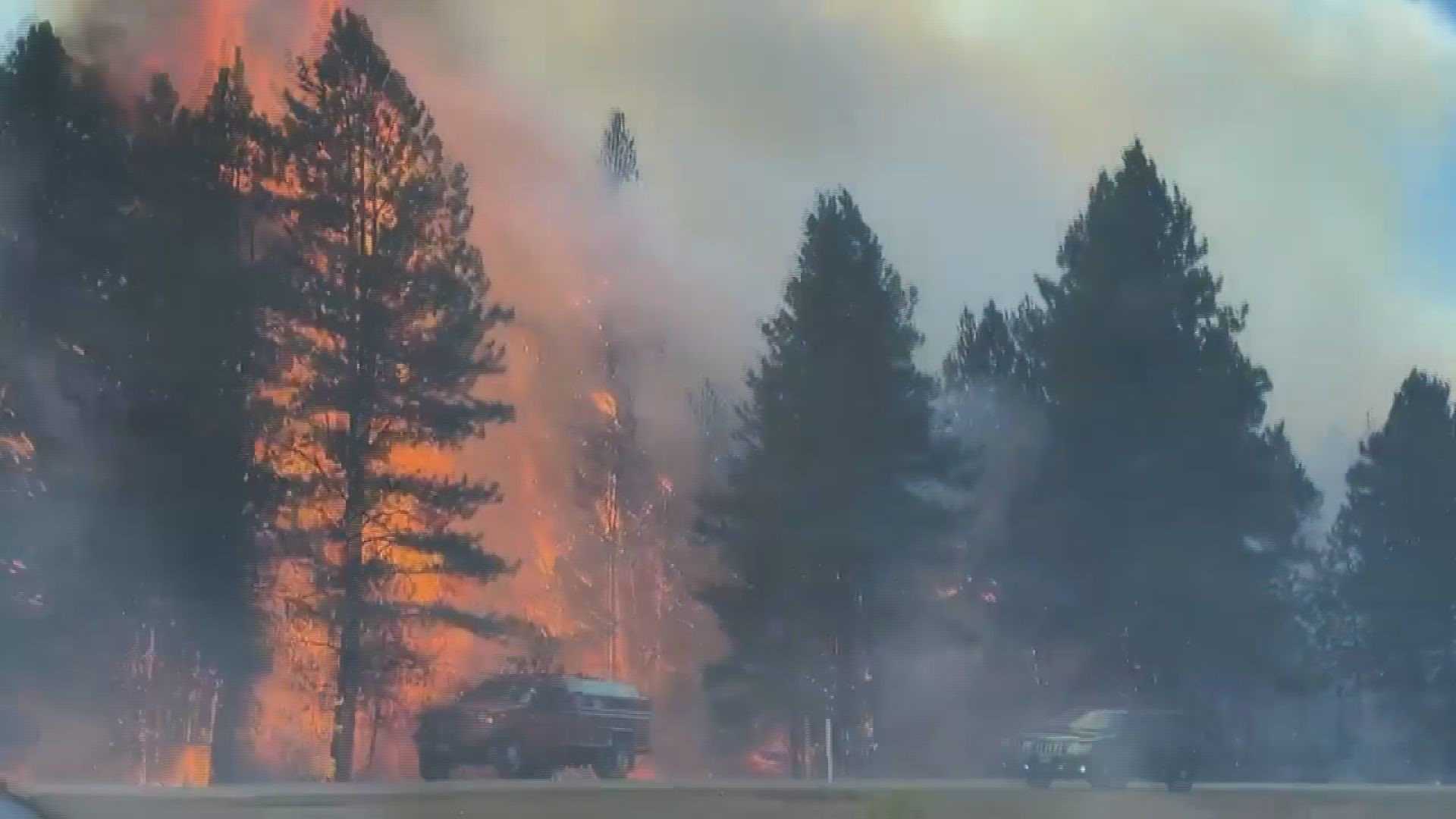 NORTH BEND, Wash. — Evacuation notices are lifted and I-90 has reopened after a wildfire came close to the highway Friday.

Level 3 evacuations were in effect for some areas in Kittitas County, but were lifted after progress of the fire was halted by Kittitas Vally Fire and Rescue, the Department of Natural Resources and the US Forest Service. The Kittitas County Sheriffs Office is asking people to stay clear of the area while crews continue to get the fire under control.

I-90 eastbound has reopened for the second time after it was shut down Friday in response to the fire. The highway was closed at milepost 78 near Easton, according to the Washington State Department of Transportation.

The fire spread to both shoulders and the highway median around 1:30 p.m. on Friday, prompting the Department of Transportation to close down I-90 in both directions for a short time, according to Washington State Patrol (WSP) Trooper John Bryant. Westbound I-90 reopened around 2 p.m.

PHOTOS: Wildfire shuts down eastbound I-90 near Cle Elum

This is a developing story, check back for updates.