Another semi-truck was stuck under the Stevens Street overpass

The height limit at the overpass is 11 feet, six inches, and anything above that height will pass through lasers and trigger flashing lights. 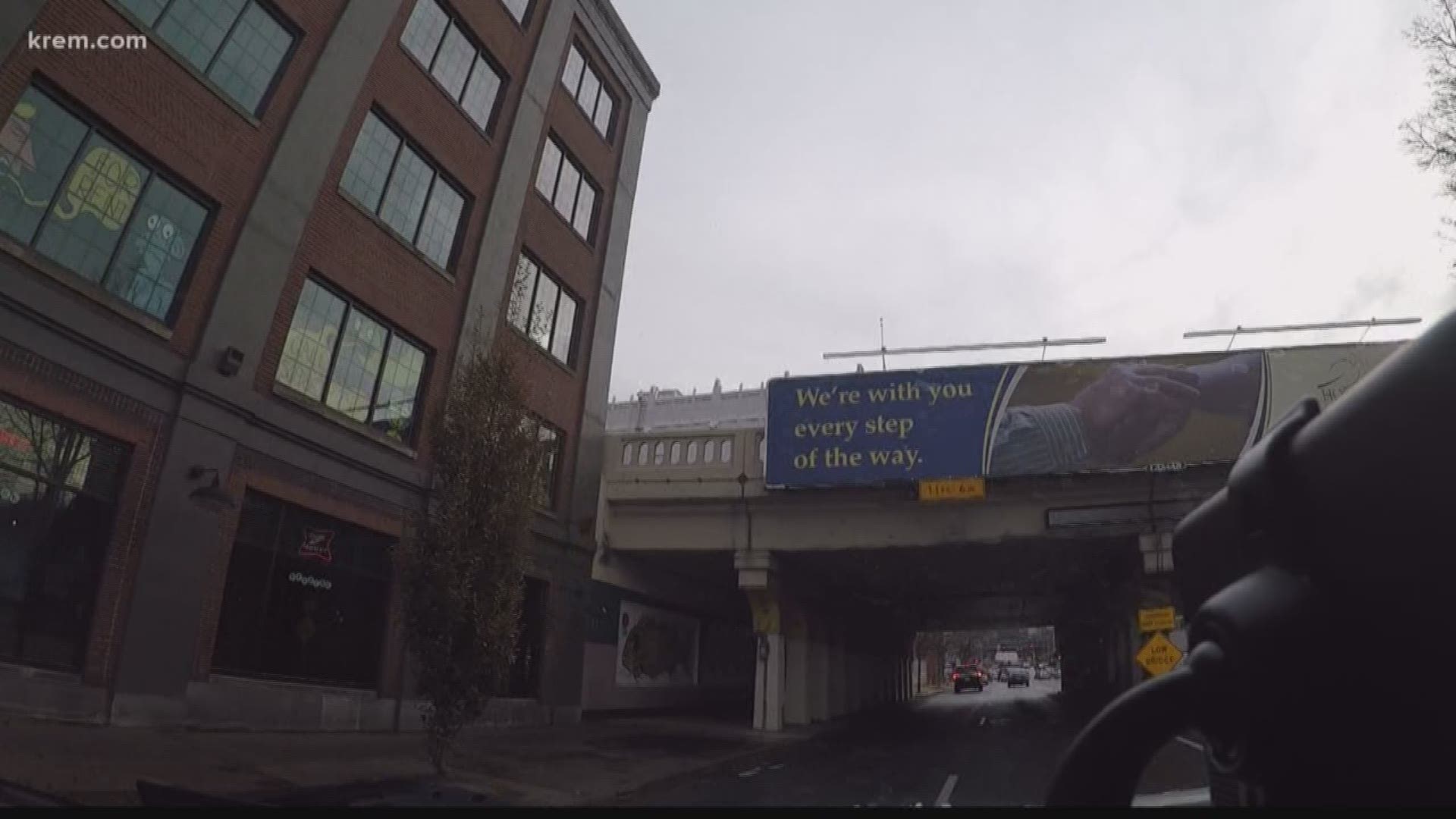 SPOKANE, Wash. — Two lanes were blocked for at least 30 minutes on Tuesday morning while a semi-truck was stuck under the Stevens Street overpass in downtown Spokane.

A tow truck was on scene to remove the semi-truck from underneath the bridge.

The bridge has two warnings signs that read, “Over height when flashing” and “Low bridge,” which were installed in the summer of 2018.

The height limit at the overpass is 11 feet, six inches, and anything above that height will pass through lasers and trigger flashing lights.

The sensor system cost about $30,000 each to purchase and install. Police told KREM in June that the system was worth the investment.

The BNSF railroad company owns this overpass. The company is responsible for assessing the damage to the overpass every time a truck gets stuck.

The problem affects even more than traffic on the road and some cosmetic damage to the bridge. It can completely stop the trains from running through the area.

"At the end of the day, you have to think if you've ordered something online, or if you're waiting for that package, it could be on a train waiting to get to its next destination. And certainly there's some monetary cost as well so we do have to make inspections, pull people away from other projects to make sure that it's safe to run a train there is a cost to that as well," said BNSF Railroad Spokesperson Courtney Wallace.

She said these hold ups can last several hours.

KREM asked Wallace if there are plans for the company to raise the height of the bridge. Turns out, it's a lot more complicated than that. The overpass is in a series of several other bridges along this portion of the railway. The company would have to raise the rest of those bridges too.

In June, a truck driver who ignored warning lights telling him to turn around was cited for failing to obey traffic signs and fined $187.

As of June, over the last decade, more than three dozen semi-trucks have gotten stuck under the bridge.

RELATED: Sensors reduce the number of trucks that get stuck under Spokane bridges

RELATED: Semi gets stuck under overpass in Downtown Spokane