On Christmas Day, a Spokane Valley fire crew had to respond to a six-vehicle crash and saw too many close calls with the traffic passing by it. 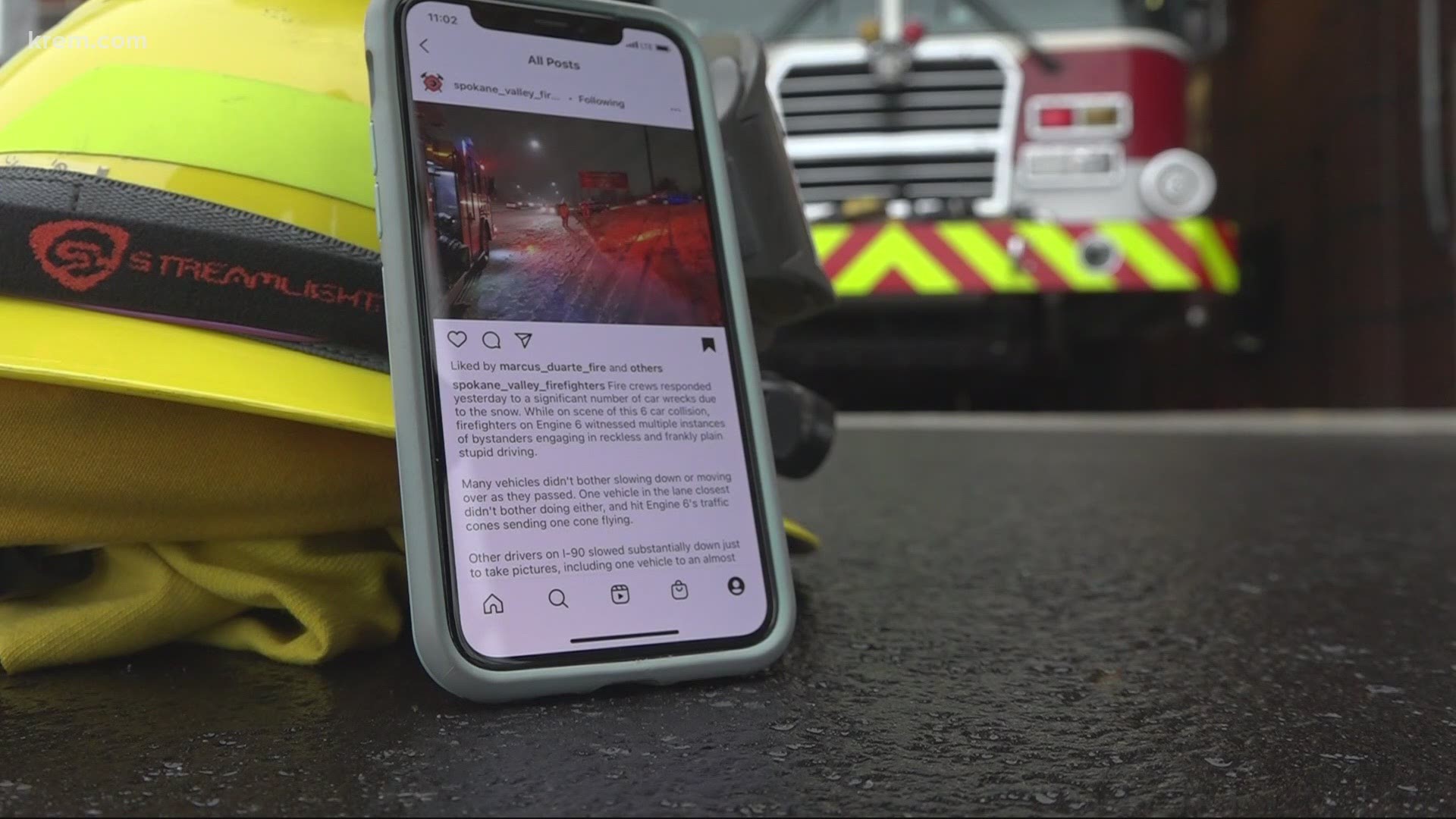 SPOKANE VALLEY, Wash. — Spokane Valley firefighters at Station 6 were fired up ahead of Wednesday's snow in the forecast.

"You hit me or my crew, you're going to kill us," said paramedic and firefighter RW Pegau.

On Christmas Day, a Spokane Valley fire crew had to respond to a six-vehicle crash and saw too many close calls with the traffic passing by it.

"There's people just coming way too close," Pegau said. "We have one person who hit the cones while taking a picture of the scene. I don't want to get taken out trying to save you in a car wreck, because some 'looky loo' decided that they weren't going to pay attention."

SVFD posted about the incident on its Instagram page and firefighters have said drivers also didn't slow down or give them extra space while responding to the crash.

Pegau said this behavior distracts crews that are trying to save lives.

"I can honestly say, we have people that are willing to risk their life for yours. But, this isn't that moment, is it, on the side of the road [at] a car wreck. That shouldn't be the hero moment that the public is looking for us to come save you," Pegau said.

SVFD has a simple message for drivers ahead of the forecasted snowfall: slow down, move a lane over and stay off phones while driving.

"I have a family. I want to go home to them. I'm asking you to help as the public, to please give us space," Pegau said.