Spokane roads remain closed or impacted on Friday morning in the aftermath of Thursday's storm. 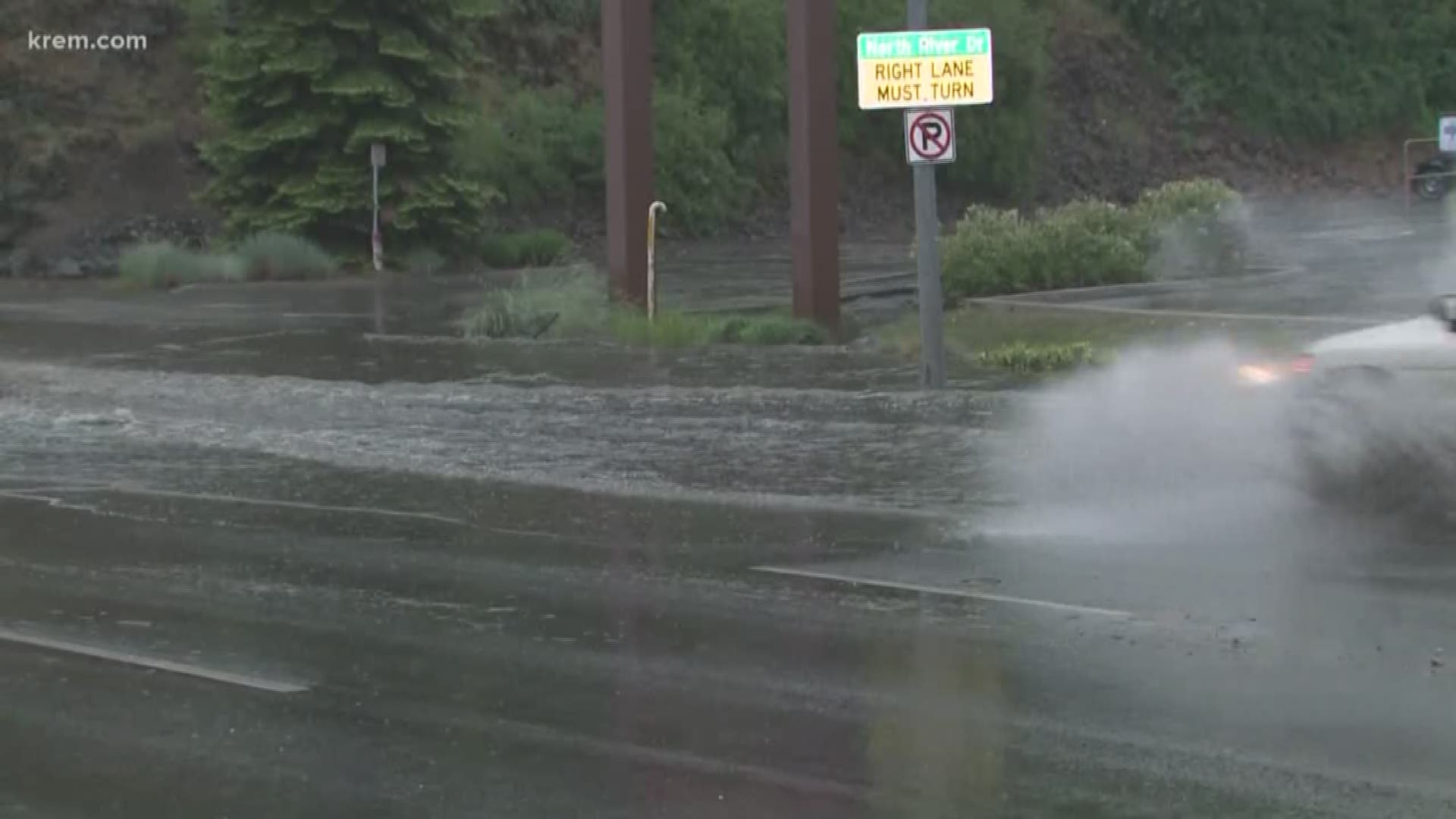 SPOKANE, Wash. — Heavy rains may have subsided on Friday morning, but roads remain messy or closed throughout the Spokane area.

A Flood Watch remains in effect as more rain is expected through Saturday morning.

RELATED: Flood Watch remains in effect with more rain on the way for Spokane

A fire truck was stuck on the lower South Hill on Thursday evening after a road collapsed. Neighbors said it appeared to be a sinkhole at Ninth Avenue and Ivory Street.

Officials said the fire truck was sent to find a broken water main and the road collapsed beneath it. They say the pipe burst was not likely related to the storm.

On Friday morning, the collapsed portion of the road was blocked off with cones and closed to drivers. Debris and mud cover the road.

Altamont Street has reopened between 4th and 5th avenues after it closed early Friday morning as crews clear a downed tree. This is near the I-90 Altamont exit.

At about 8 a.m. on Friday, drivers saw some slowing on Ray and Thor Streets from 16th to Hartson Avenue due to standing water, Elfalan said.

On I-90 near Maple Street, traffic slowed due to water on the roadway.

On Friday morning, drivers are still taking it slow on the I-90 on-ramp near 5th Avenue and Maple Street due to standing water.

At North Division just before North River, the right two lanes were closed for flooding on Thursday.

The road has since reopened on Friday morning but debris remains.

At Cannon and Francis, tow trucks had to pull cars out of the water on Thursday.

The road was blocked off but one driver tried to get through it and their car stalled.

Officials on scene said the person was cited because they went around law enforcement that were blocking the road.

City of Spokane wastewater crews cleared out storm drains to relieve the flooding, particularly at intersections and at the bottom of hills.

Flooded streets can be reported to the city by calling 3-1-1 and making the selection to report a water emergency.

The city offered these tips to drivers:

City leaders said crews are clearing debris from the roads on Friday.

RELATED: Flood Watch remains in effect with more rain on the way for Spokane

RELATED: Spokane neighbors work together to protect apartments after flooding