Crews typically use hot asphalt to pack in the potholes for a longer-lasting solution, but the factories that make that mixture don’t open until March. 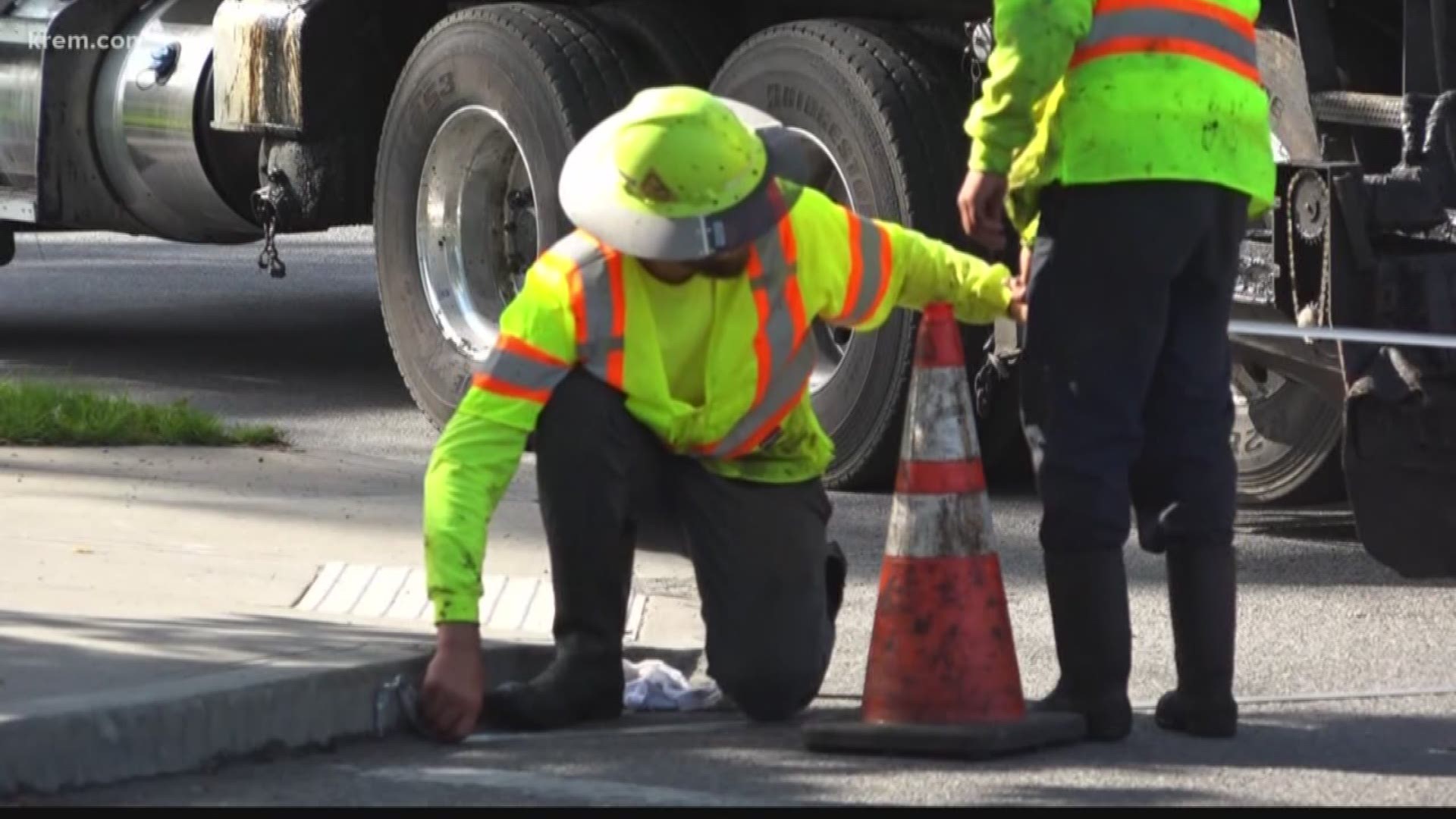 SPOKANE, Wash. — Crews with the city and county of Spokane are filling potholes with a temporary mix to patch as many holes as they can during the winter season.

The filling is called cold mix.

Crews typically use hot asphalt to pack in the potholes for a longer-lasting solution, but the factories that make that mixture don’t open until March, said Bryan Dowd, a district supervisor with Spokane County Public Works.

Freezing temperatures combined with wet weather could cause the cold mix to expand and come out of the holes.

Dowd said road crews are using equipment to heat up the mix so it has a firmer hold.

“We try anything we can to get those holes filled,” he said.

Even then, the mixture will only hold for so long.

“It’s an uphill battle a lot of times trying to keep the potholes filled. A lot of them will come back in a couple of days,” Dowd said. “You might have water trapped in the pothole. You might have the moisture coming through the ground under the pothole, so that will lift the cold mix out.”

Dowd said crews are trying to take advantage of the dry weather and are filling about 200 potholes every day.

“Every time we get snow, we go out there,” Dowd said.

To help the process, he said drivers should watch their speed, especially on gravel roads. Driving too fast over potholes can increase the impact and cause the cold mix to come out faster.