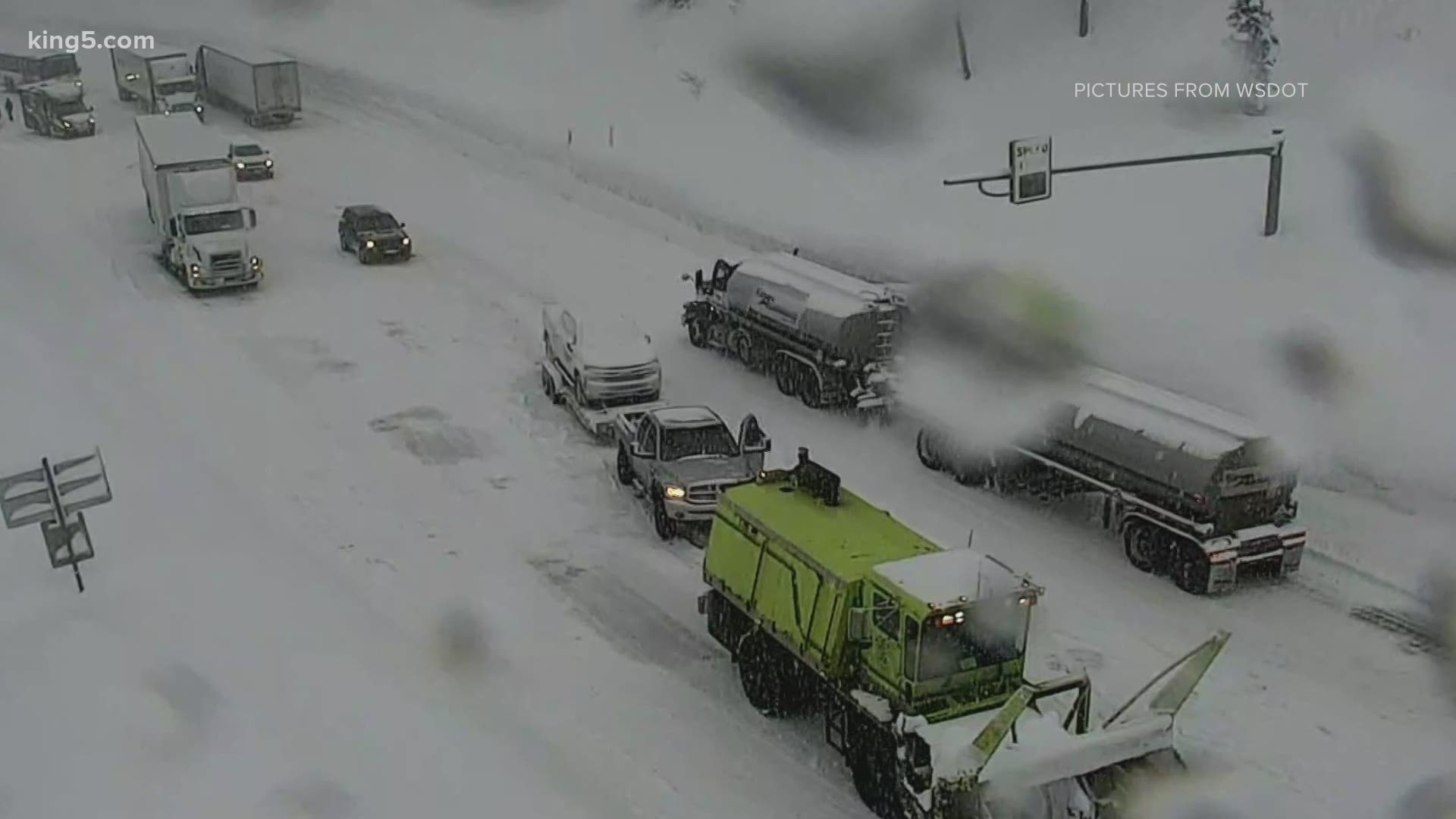 Stevens Pass reopened to traffic just before 9:30 a.m. after an extended closure due to heavy snowfall, spun out vehicles, and avalanche danger.

Chains are required to drive the pass except for all-wheel and four-wheel drive vehicles.

Snoqualmie Pass reopened Tuesday at 3 p.m. following a 23-hour closure due to avalanche danger. The Washington State Department of Transportation (WSDOT) announced both directions are open between North Bend and Ellensburg. Roads are bare and wet, with snow and slush in places and traction tires are advised.

At least 47 inches of snow fell on the pass over a 72-hour period, according to WSDOT.

WSDOT announced the full closure of Snoqualmie Pass at 4 p.m. Monday. The closure extended from milepost 35 near North Bend to milepost 106 near Ellensburg. Troopers helped drivers already on the pass find alternate routes off I-90, including US 12 over White Pass.

Avalanche danger was rated "high" near Snoqualmie Pass and near Stevens Pass on Tuesday morning, according to the Northwest Avalanche Center. This means avalanche conditions are very dangerous, and natural avalanches are likely.

Two avalanches hit Alpental Road on Monday afternoon, according to Snoqualmie Pass Fire and Rescue. Residents of the Alpental community are at risk of encountering a snow slide in their neighborhoods and on roads and are urged to stay indoors. If Alpental residents need to leave their homes, officials say they should stay in their cars and move quickly to exit Alpental Valley.

RELATED: Snow turns to slush across western Washington with threat of urban flooding

Kayla Engelhardt is an ER nurse at a hospital in Renton, though she lives in Cle Elum. After her shift Monday, she found herself on the wrong side of the Snoqualmie Pass closure.

“Comes with living over there,” she said, waiting in her car Tuesday. “Sometimes you get stuck, sometimes you don’t.”

She visited family to pass the time, and worked an extra overtime shift at the hospital, but was still ready to get home as soon as possible.

Others, like Yashu Kamra, were less patient. He spent the night in the cab of his semi, trying to get to Spokane. By Tuesday, boredom had set in.

“Watching Netflix, that’s it,” he said. “Nothing better to do.”

Amid the miles of semis lined up waiting for the reopening were some skiers, hoping to reach the pass and the feet of fresh snow there. But the Summit at Snoqualmie closed for the rest of the day, citing travel conditions and closures. 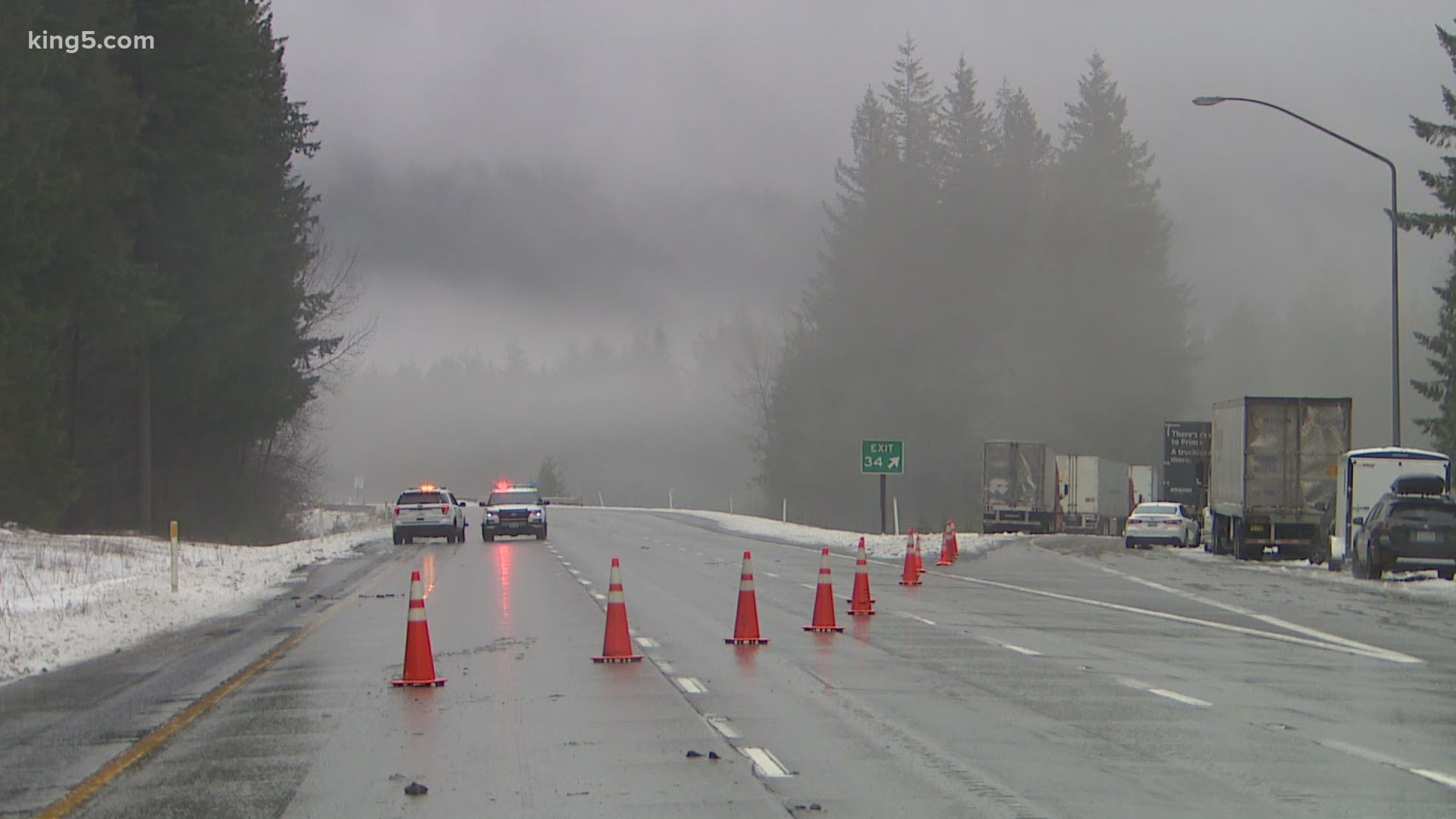