Semi nearly plunges into canyon on Highway 195 near Colfax

Reports say that the semi is hanging over the top of Buck Canyon north of Colfax after the crash on Wednesday morning. 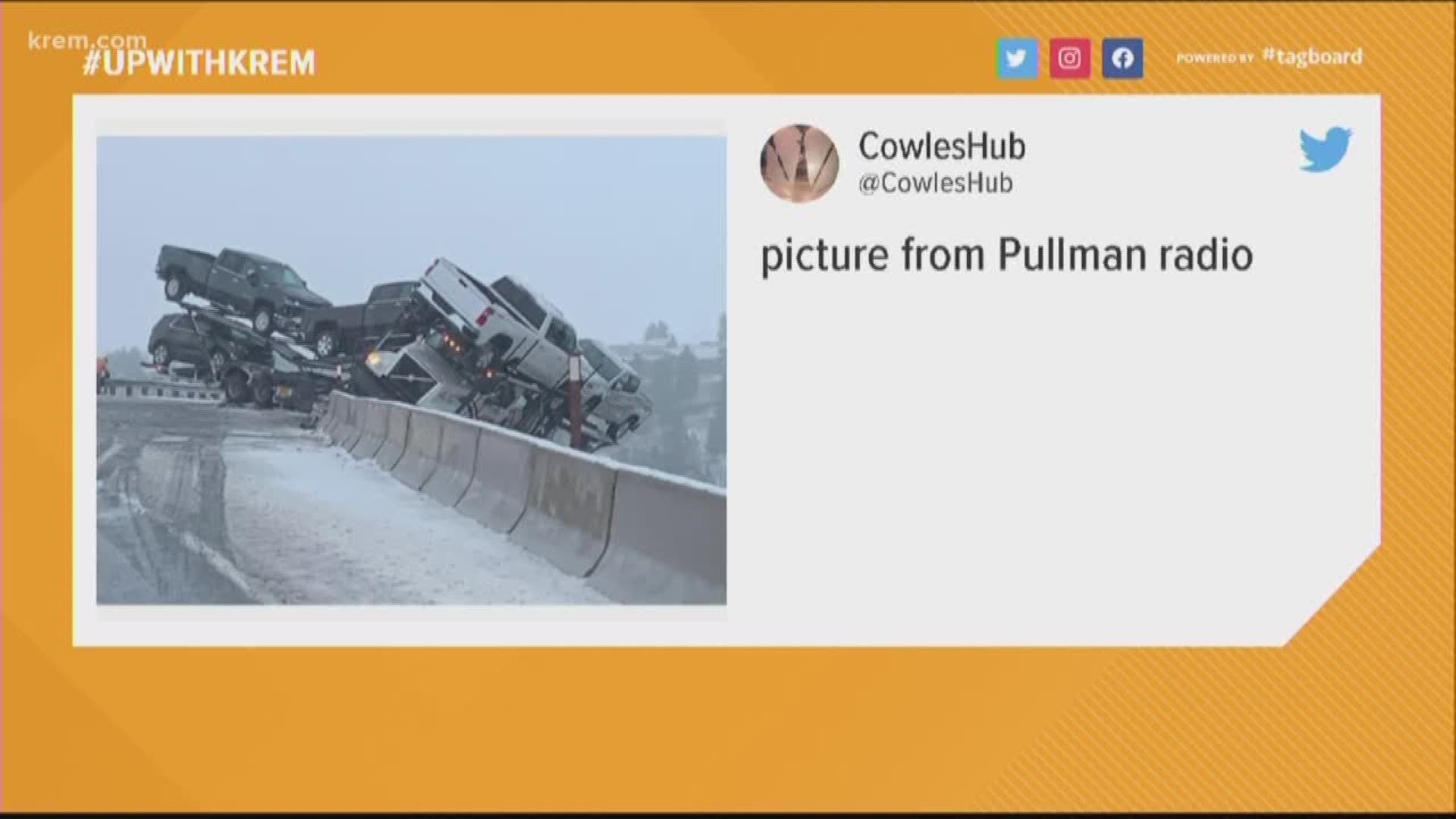 WHITMAN COUNTY, Wash. — A shocking image shows a semi-truck nearly plunging into a canyon after a crash on Wednesday morning.

The Whitman County Sheriff's Office posted on Facebook about the crash on Wednesday morning, saying that the Washington State Patrol is working on a semi accident at Highway 195 just north of Colfax.

Pullman Radio reports that the truck is hanging over the top of Buck Canyon after the crash happened early Wednesday morning. The highway is not blocked.

No one was hurt, according to Pullman Radio. WSP Trooper Jeff Sevigney said at about 9:30 a.m. that a tow truck was on scene.

Sevigney has sent several tweets about messy road conditions throughout his district, including Whitman County.

Snow and ice are also snarling the morning commute around the Spokane area on Wednesday. The state Department of Transportation said traffic is moving slowly on westbound I-90 from Argonne Road into Spokane.

Areas around the South Hill, including 29th and 37th Avenue, are icy on Wednesday morning, according to several reports from KREM viewers.

Crews are working to clear the roads but WSDOT leaders are still reminding drivers to watch for slick spots.

“Please give yourself more time and prepare for changing road conditions,” police wrote on Twitter.

RELATED: How are snowy and icy roads treated in the Inland Northwest?