Part of Wellesley Ave. to close for 3 years starting Thursday for North-South Freeway

The road will be closed between Market Street and Freya Street until the end of 2022. Drivers are encouraged to take an alternate route. 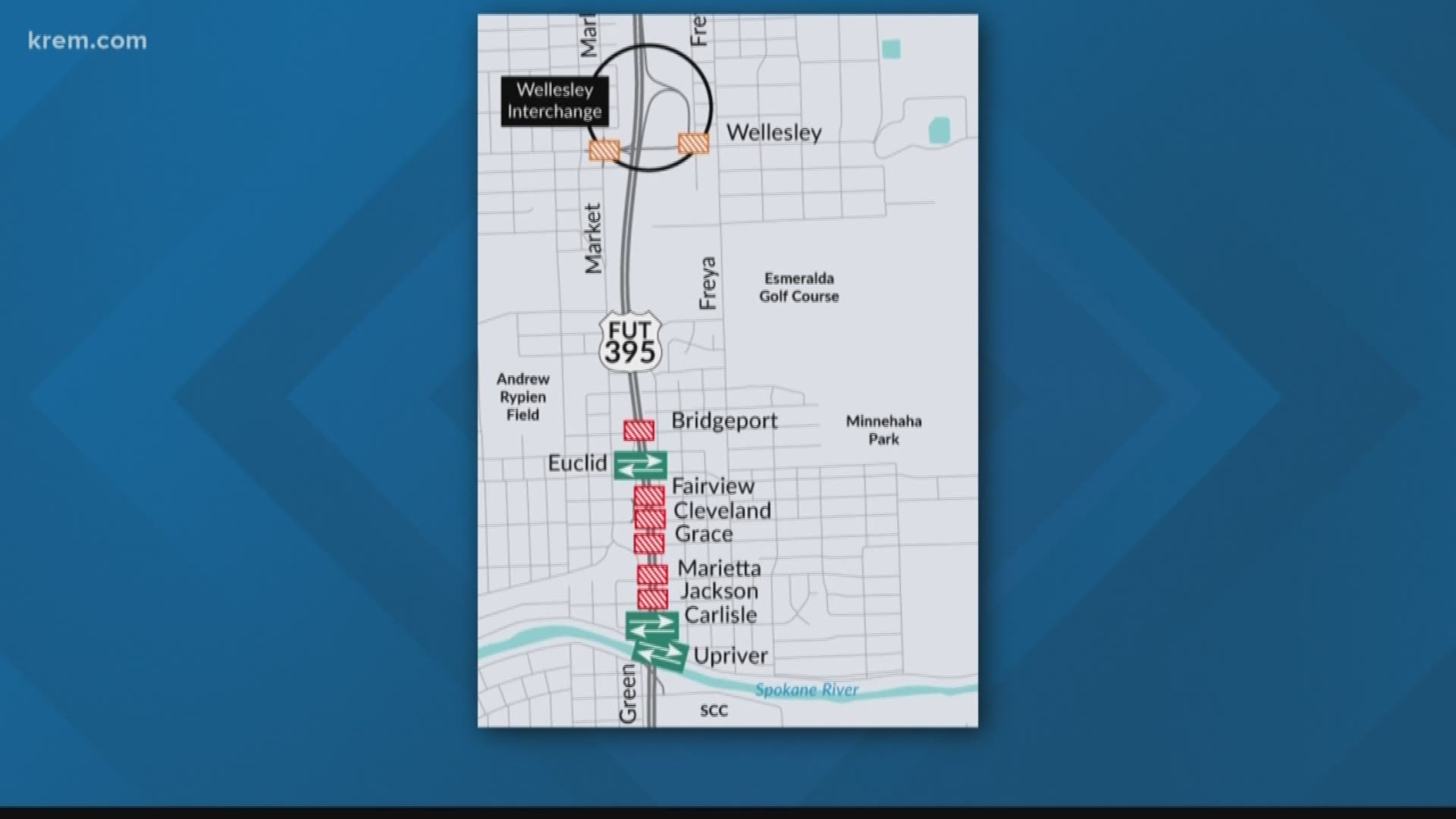 SPOKANE, Wash. — Wellesley Avenue in the Hillyard neighborhood is set to close Thursday until the end of 2022.

It was originally set to close on Wednesday but was postponed.

The road will be closed between Market Street and Freya Street. Drivers are encouraged to take an alternate route.

Francis Avenue, Carlisle Avenue and Upriver Drive will remain open during the work.  Euclid Avenue between Market and Ralph was set to reopen Tuesday, but because of the wet weather, striping and a few other aspects were unable to get done in time. It is set to open Wednesday.

Bridgeport, Fairview, Cleveland, Grace, Marietta, and Jackson Avenues have already permanently closed in the area of the North South Corridor to make way for the freeway.

The second BNSF Realignment project includes the realignment and relocation of the BNSF Railway tracks from Rowan Avenue to Cleveland Avenue to make way for the future North South Corridor mainline alignment.

RELATED: These Spokane roads are closing for North-South Freeway construction

RELATED: The North Spokane Corridor on track to open in 2029