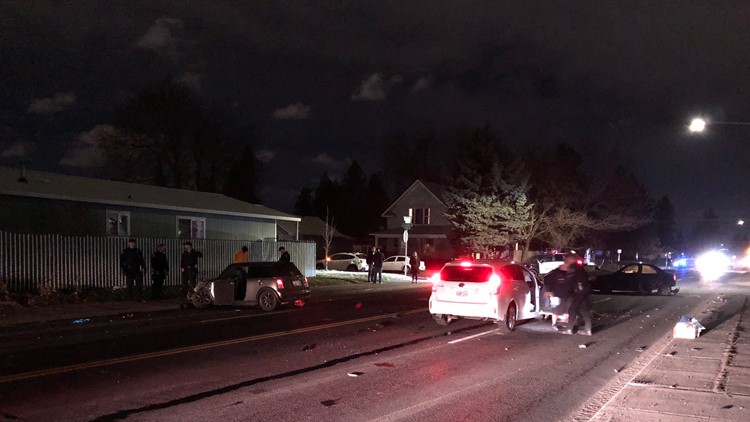 The crash happened near the intersection of North Nevada Street and East Crown Avenue around 6 p.m.

Spokane Police Corporal Ben Maplethorpe said four cars were involved and one driver was taken to an area hospital for non-life threatening injuries.

Witnesses told officers on scene the driver of a Mini Cooper was traveling ay a high rate of speed going south on Nevada. Maplethorpe said the car crossed the centerline and clipped a car going northbound.

The driving of the Mini Cooper, Roman Segovia, 25, was found to be under the influence of drugs, Maplethorpe said.

Segovia was booked into the Spokane County jail for DUI, possession of a controlled substance and driving on a suspended license.

Nevada Street between E. Crown Ave. and E. Queen Ave. were closed for approximately two hours during the investigation and cleanup, and has since been reopened.